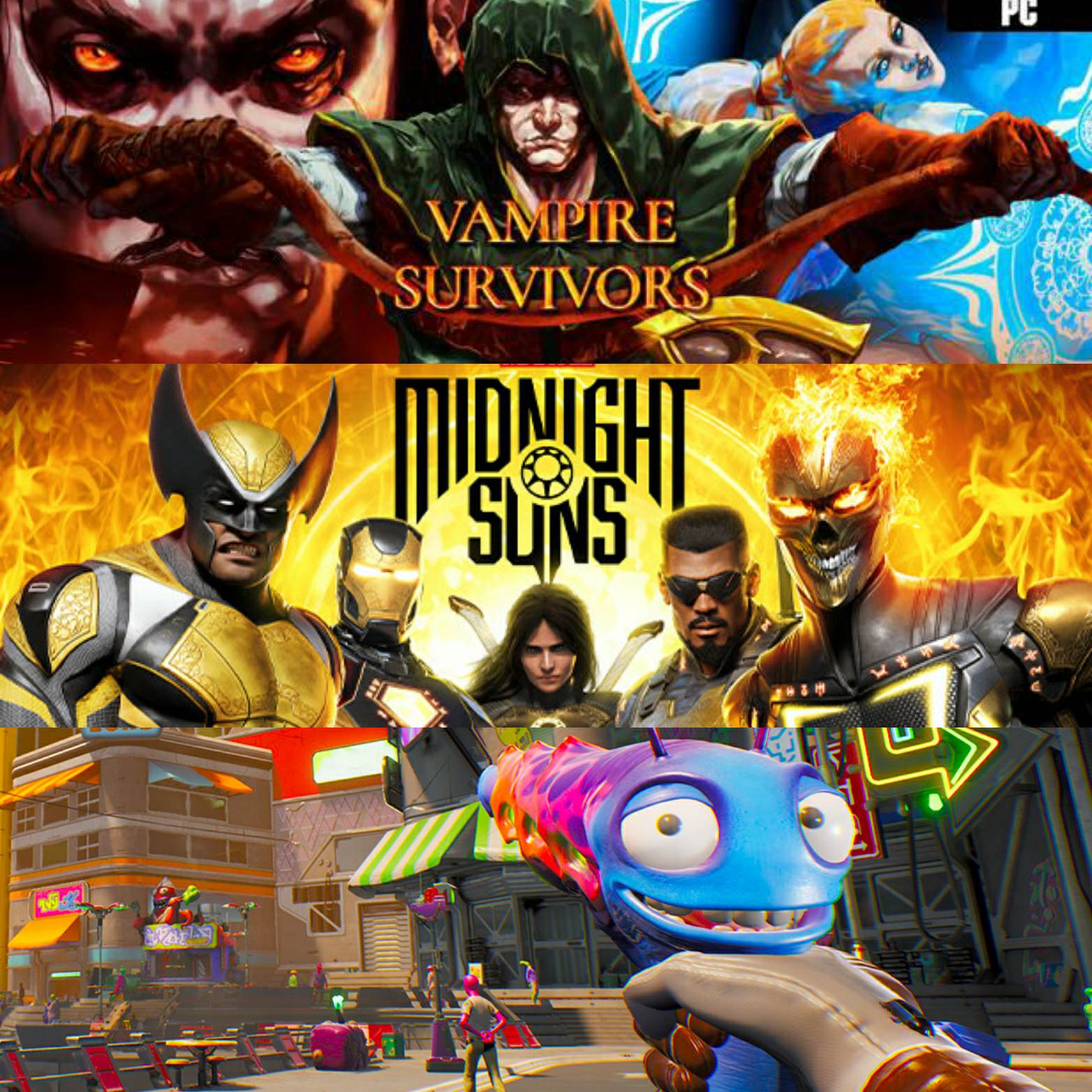 After the disappointment that 2021 was for gaming we were spoiled this year with some truly wonderful games! With some major bangers early on like Elden Ring and Horizon: Forbidden West, to finishing the year strong with God Of War: Ragnarok and Need For Speed: Unbound. Here at GNN we got together and shared what were some of our favorite gaming experiences from this year. This is our 2022 gaming round up!

One of our writer’s, Kat Holler, favorite games this year has been “High On Life”. Made by developer Squanch Games and from the mind of Justin Roiland (co-creator and voice of Rick and Morty in the animated show of the same name) High On Life is an action-comedy first-person shooter. The game is pretty crass at parts and not all the humor lands, but when the comedy does work it will make you laugh out loud! There are several different talking guns you collect throughout the course of the game with different comedic personalities.

Your enjoyment will vary based on how the comedy meshes with you. The actual gunplay is pretty basic with a mix of Ratchet and Clank style creativity when it comes to gun powers. One gun can slow down time, another can control enemies, and so on. The overall  experience is pretty short so it doesn’t wear out the comedy factor for too long. The current Metacritic rating is a 68 but for how short it is I recommend it. Available on Gamepass (as of writing), Xbox, and PC.

Now there’s a mouthful! My boy, and resident retro GNN staff writer, Johnny Lynch shared that this was his favorite game (technically a collection of games) he played this year! Developed by Digital Eclipse, the Cowabunga Collection contains 13 games from between 1989 and 1994!

These are the definitive editions of each of the games included with certain features added like online multiplayer, concept art, and local couch co-op! The collection has a Metacritic rating of 83. You can find this game collection on PC, Switch, PS4, PS5, Xbox One, and Xbox Series X/S.

The biggest gaming surprise of 2022 for me was Vampire Survivors. In fact, you should stop reading this and go play the game right now! This game is insanely addicting and with a simple concept. This game is essentially a reverse bullet hell. Instead of you trying to avoid enemy projectiles, you’re the one dishing them out while trying to keep enemies from touching you.

All you really have to do is move around, your character automatically attacks (at set times intervals) on their own, and try to prevent enemies from touching you. Your objective is to survive each stage for 30 minutes while collecting powerups to survive increasingly stronger waves of enemies and keep them at bay for as long as possible! You can unlock different characters with varying strengths and weaknesses to try different strategies for the various stages. Earn gold to then spend on permanent upgrades, rinse and repeat until you clear the stage!

Hold those monsters at bay!

This title was developed and created by Luca Galante, a veteran of the casino technology industry who understand how to use flashy graphics and huge numbers to get people hooked to the game. If you’re not careful it can be dangerous for your productivity. Vampire Survivors is available on PC, Xbox Series X/S, and Android. The game is free with ads on mobile, so make sure you download it after reading all of this!

As Dusk Falls is a visual narrative game in the style of the Telltale games like The Walking Dead and Tales From The Borderlands. It is developed by Interior Night and published by Xbox, going as far as to putting it on it’s GamePass service. The game primarily revolves around two families who have a confrontation at a motel in 1998 and the fallout of those events over the course of the next few years.

There are multiple choices and outcomes for the player to navigate through. Each chapter ends with showing the various branching story paths and fork-in-the-road showing what the percentage of other players chose to do.

The game’s art style is hit or miss depending on who you ask, but it has a static story book aesthetic as if flipping through comic panels. I personally found the story and the characters so compelling that I immediately restarted the game upon completion to try another story path. The voice acting is great and you’ll want to explore every path to see how things could have played out.

After the fumble that was Crystal Dynamics’ Marvel’s Avengers game you would be forgiven for not expecting a great Marvel game that isn’t Insomniac’s Spider-Man titles. I am here to tell you that there is such a great game, and it is Firaxis Games’ Midnight Suns. What this game nails, unlike the 2020 Avengers game, is a solid and stable single player experience with satisfying/addictive gameplay loop and combat.

Firaxis Games, the studio behind the beloved XCOM games and other strategy titles, brought their “A game” and made a surprisingly fresh take to the Marvel IP and one of the coolest tactical card games in existence. The game revolves around a player-made team of Marvel superheroes who join forces to take down the supernatural threat of Lilith, Mother of Demons. You’ll use cards to make your party members dish out attacks, heal each other, and even set up traps for various ends.

In between story missions and optional quests you’ll be able to spend your down time exploring the grounds around your base, performing social activities with your party to improve in-battle stats, and other various activities that make for a satisfying loop of gameplay. That might not sound appealing but if you have ever played XCOM or any of the Persona games you’ll realize just how much fun it is to form bonds with your team members. Currently the game is only available on PC, PS5, and Xbox Series X/S with ports for PS4 and Xbox One stated to arrive at a later date.

2022 was a major year for gaming, and 2023 looks to be following in the same steps. What games were your favorites from this past year? Comment them down below, I would love to read your responses. I left out so many other titles that I wanted to share. Horizon Forbidden West. Shredder’s Revenge. Immortality. And many others.

For more gaming coverage and news of all things geeky be sure to subscribe to GeekNewsNow. If you have time check out my weekly gaming related podcast: Duosense. Better yet write in with your comments and thoughts! As always, stay geeky out there!

In this article:2022 Games, best games of 2022, GeekNewsNow, High On Life, Midnight Suns