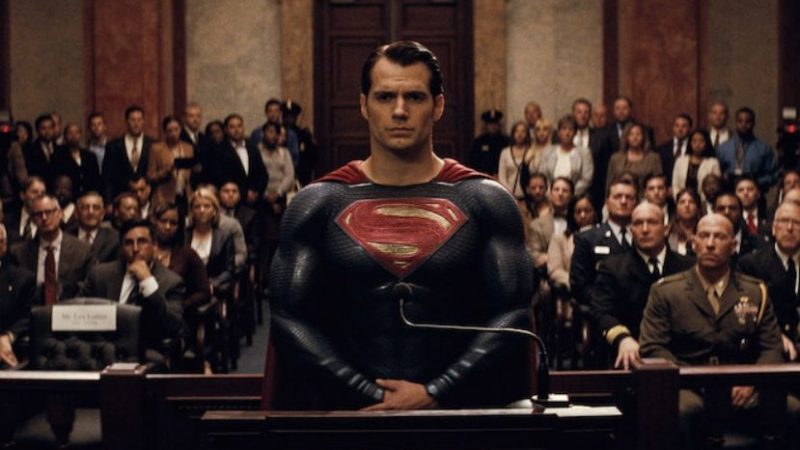 Earlier this week, news broke that Henry Cavill was out as Superman, leaving what is left of the DCU fanbase shocked and dismayed.  It was only two months ago, when Warner Studios seemingly welcomed him back and goaded him into announcing his triumphant return.

Warner did this without talking to James Gunn and Peter Safran, who they would hire to helm the DC Universe just days after Cavill’s enthusiastic announcement.  Now, Gunn had to be the one to break the bad news to the fan favorite actor and we are looking at yet another setback for a franchise that is falling further and further behind Marvel in the superhero market.

After a meeting earlier in the week, James Gunn informed Henry Cavill that he will no longer be cast as Superman.

Marvel is in a cool down period right now, nothing they’re releasing is setting the world on fire.  This is the perfect time for Warner to get DC’s ducks in a row and gain some much needed ground.  Oddly enough, every decision made on the Warner lot makes it look like they either don’t care, or have simply given up.

Henry Cavill is beloved by the fans.  In fact, the fans love him so much that they’re willing to turn a blind eye to the fact that he never got a chance to star in a well received Superman movie.  Man of Steel left fans divided, Batman vs. Superman was not very well received, and most of us would prefer that Justice League had never been made.  If Cavill was any other actor, fans would have been happy to see him exit.

Cavill was so friendly and endearing with the fans that it is impossible not to like him or feel bad about his firing.  He was proud to be Superman and it showed each time he was on screen.  It’s going to be hard to find another actor who carries the role with that much pride.

Despite Man Of Steel being met with mixed reception by fans, Henry Cavill remained a favorite.

He was also viewed by many as the true heir apparent to Christopher Reeve.  Reeve left such an indelible mark on the role.  Finding a replacement for him has been a nightmare and now, the search continues.

To be clear, this is not an indictment of James Gunn or Peter Safran.  They are just to studio heads that are trying to carry out their vision for DC.  They didn’t embarrass Henry Cavill with this debacle, Warner Bros. as a whole did.  As a testament to Henry Cavill’s character, he didn’t lose his temper even though he had every right to.

He was professional, accepted the bad news gracefully, and left the role with dignity.

No matter how graceful Cavill was in his exit, I would be hard pressed to believe that the bridge between him and Warner Bros. isn’t burned.  This might prove to be an even bigger problem moving forward.  If Warner Bros. handled this situation this poorly, with such a well respected actor who was the face of the entire franchise; one has to wonder if there is a respectable actor out there who would be willing to replace Cavill after seeing all of this unfold.

Even if Cavill was kept on as Superman, that still wouldn’t stop Warner Bros. from making more boneheaded decisions.  The latest news coming out of this growing dumpster fire is that along with Gunn’s Superman, Warner has given the Green Light to a second Superman film directed by JJ Abrams.

This is a bad move for so many reasons.  For starters, JJ Abrams is poison to any franchise he touches.  While his Star Trek and Star Wars movies made obscene amounts of money at the box office, they also left fans extremely divided.  Two of the biggest and most recognizable franchises in the world were damaged almost irreparably by Abrams.  Yet, Warner thinks that it’s a good idea to turn him loose on Superman.  It is mind boggling.

JJ Abrams making his own separate Superman movie might not be the best idea.

Even if Hell freezes over and Abrams actually gives us a watchable Superman movie, that is a terrible message to send to James Gunn and Peter Safran.  Taking the character that they clearly want to build their universe around and allowing JJ Abrams to do what he wants with it is disrespectful, undermining, and unnecessary.

On top of all that, we are still in a recession and we don’t know when that will end.  People are not spending money as freely as they have in the past because they can’t afford to.  Flooding the market with multiple Superman movies will split the market, kill any box office momentum, and can possibly lead to fan fatigue.

This horse isn’t just going to lose, it won’t even make it out of the gate.

When James Gunn and Peter Safran were brought on board to right the DCU’s ship, I was extremely optimistic.  Optimism has its limits though, and the bosses at Warner Bros. are certainly testing those limits.  These men were brought on to do a job, and the studio heads need to back off and let them do it.

I am still hopeful and am eager to see what this team has in store for us.  I just hope that Warner Bros. can learn from their past mistakes, get out of their own way, and taste success for once.

For now, let’s just hope for the best and keep the belief that a good Superman movie will be delivered to us.

What do you think Geek Faithful?  We want to hear from you, so sound off in the comments below!

Thank you for reading.  When I am not writing, I enjoy spending time with my wife Barbara, my two year old daughter Frankie, and my hound Marbles.