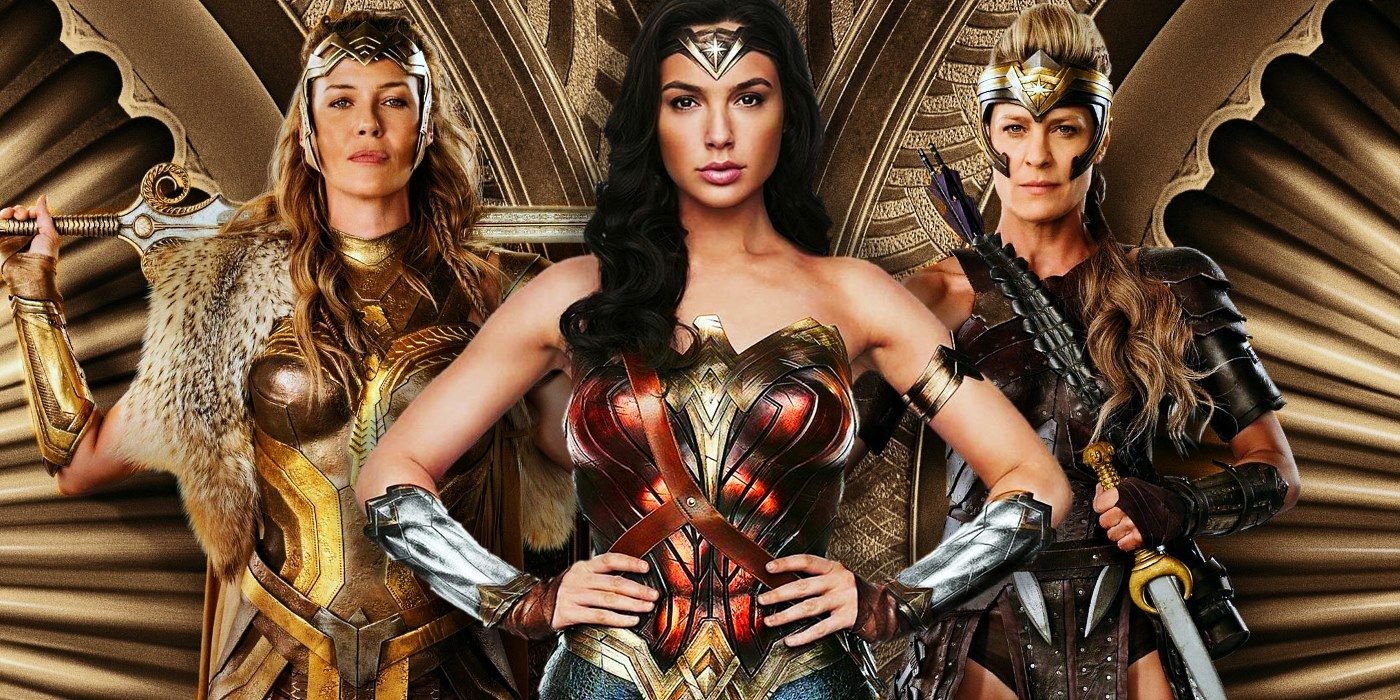 James Gunn and Peter Safran have wasted no time getting down to business as Co-Chiefs of the DCU as it was announced yesterday that Wonder Woman 3 would be cancelled after franchise director Patty Jenkins and longtime DC writer Geoff Johns submitted their treatment for the film.

Patty Jenkins (Left) submitted her treatment for Wonder Woman 3, only to have the script rejected.

Jenkins said that she was told that the film did not “fit in with the new (but still unfolding) plans”.  There might be more to it than that.  Jenkins achieved critical and financial success in 2017 with the first installment of Wonder Woman. However, she took a giant step back with the character in 2020 when Wonder Woman: 1984 was released with disastrous results.  If Gunn and Safran are truly committed to getting the DCU off of life support, a hard reset is required.

This could mean that a lot of changes are coming to the DCU and Wonder Woman 3 won’t be the only casualty of the new plan.

The Snyderverse Is Done

Zach Snyder’s DC films have gained a cult following, and there are a lot of fans clamoring for his vision to continue.  At this point, it would be unrealistic to assume that this era will continue.  James Gunn did not sign on to be in charge of somebody else’s idea.  Rumors of the Snydervderse coming to an end have all but been confirmed since as early as July when Jim Lee said it was over.

It makes sense to not go forward with a third Wonder Woman film if this is the case.  This will temporarily hurt Warner Bros. though. Because this makes The Flash and Aquaman and The Lost Kingdom lame duck movies with no future. Although, The Flash was already in that position du to Ezra Miller’s antics.  Shazam  is far enough removed from the main universe to be salvaged as is The Suicide Squad.  Any film outside of Batman starring a Justice League character has an uncertain future as Safran and Gunn have yet to reveal their master plan.  Superman isn’t even a lock anymore.

Cavill, Momoa, and Gadot Might Not Make The Team

Back in October DC fans were ecstatic to hear that Henry Cavill was back and the long-awaited Man Of Steel 2 was on it’s way.  He made a surprise cameo in Dwayne Johnson’s Black Adam.  Apparently the cameo was a huge point of contention between Johnson and the studio.  The studio reportedly did not want Cavill to return and Johnson had to fight for years to make it happen.

Now we seem to be back at square one.  That great news that we received in October might turn out to have been nothing more than a mirage as reports that Cavill’s future with DC remains uncertain.  This will be a huge blow to the fans. Cavill is extremely popular, and is seen by some as the true heir to Christopher Reeve.  He loves playing Superman, he is friendly with the fans, and he would be a huge asset if the studio is able to iron things out with him.

With James Gunn and Peter Safran taking the reins of the DCU, it is likely that this version of the Justice league is over.

More rumors have hit the press as this might be Jason Momoa’s last turn as Aquaman when the sequel hits theaters next year.  No reason has been cited yet, but Momoa’s star is rising and the decision might be mutual.  Replacing him will be tough, as fans like his take on Arthur Curry.  Casting would be tough as well.  Not everyone can play this role as well as Momoa has.  He genuinely looked like he was having fun.

Nothing has been said about Gadot’s status as Wonder Woman.  Purely speaking on speculation, I would say that it is likely that she is also replaced.  Warner Bros. is still in financial trouble and she is due to collect $20,000,000.00 for the next film.  They simply might just cut their losses and go after someone for less money.

Gunn And Safran Are Keeping Things Close To The Vest

James Gunn is a maverick filmmaker.  It is impossible to even speculate on what he has planned for the DCU with Safran.  He has dropped some tweets on us though, and this particular one looks like his Superman approach might be a bit unorthodox.  Kingdom Come is a great storyline and is also a fan favorite.  The setback would be that it is set in an alternate universe so you would have issues with canon and continuity unless you tweaked the story and set it in the main universe.  If this is the route they plan on taking, it will be interesting to watch it play out.

Gunn’s Tweets seem to indicate that he will be pursuing a movie based on the Kingdom Come storyline. That would be an ambitious endeavor.

Nonetheless, Gunn and Safran seem committed to centering the DCU around Superman, which is something that I have supported for a long time.

I think it would be nice to see a looser connection between the films than the strict, convoluted mess that the MCU has become.  If fans are bombarded with content, and everything is all of a sudden required reading if you want to know what’s going on, then fans will grow bored with it just like they’re growing bored with Marvel and you will lose momentum.  Keep it casual, and you will attract more people.  Some people just want to watch Doom Patrol. They shouldn’t have to jump through hoops just to know what’s happening if that’s their only interest.  With a hands off approach, casual fans might gravitate towards other properties naturally.

Ultimately, James Gunn will lead the DCU out of the abyss and into the spotlight to rival Marvel.  That being said, this is an uphill battle.  Warner Bros. has handled DC terribly and the whole concept is in disarray.  Gunn and Safran are almost forced to have to start from the ground up.  If this means cutting the existing cast and crew loose and bringing in the people that you want, then so be it.  When Jerry Jones bought the Dallas Cowboys in 1989, one of the first things he did was fire Tom Landry. Landry at the time was the only head coach that Dallas had ever known.  Fans were furious and there was an uproar.  Jones’ reason for doing so was simple; it was his team now, and he wanted his guys in charge.  He wasn’t going to be a caretaker for somebody else’s legacy.

James Gunn (Left) already has his footing in the DC Universe with The Suicide Squad and Peacemaker. He will look to expand his signature touch on film with his vision.

That seems to be the approach that James Gunn and Peter Safran are taking with their positions at the DCU.  This is a game of egos, and the two of them are not going to be able to work effectively with Zach Snyder’s shadow looming over them.  It is much easier for them to build from the ground up and start a new universe with their vision in mind.

The fans in Dallas calmed down and stayed loyal to their Cowboys, Snyder fans will eventually calm down and learn to enjoy this exciting new chapter in the DCU.

All we have to do is give it a chance.

What do you think Geek Faithful?  Are these cancellations a good decision?  Bad? What would you do?  Sound off in the comments!

Thank you for reading.  When I am not writing, I enjoy spending time with my wife Barbara, My two year old daughter Frankie, and my loyal hound Marbles.

For more thoughtful takes and insightful discussion, please check out our YouTube Channel.  Stay Geeky Everybody!