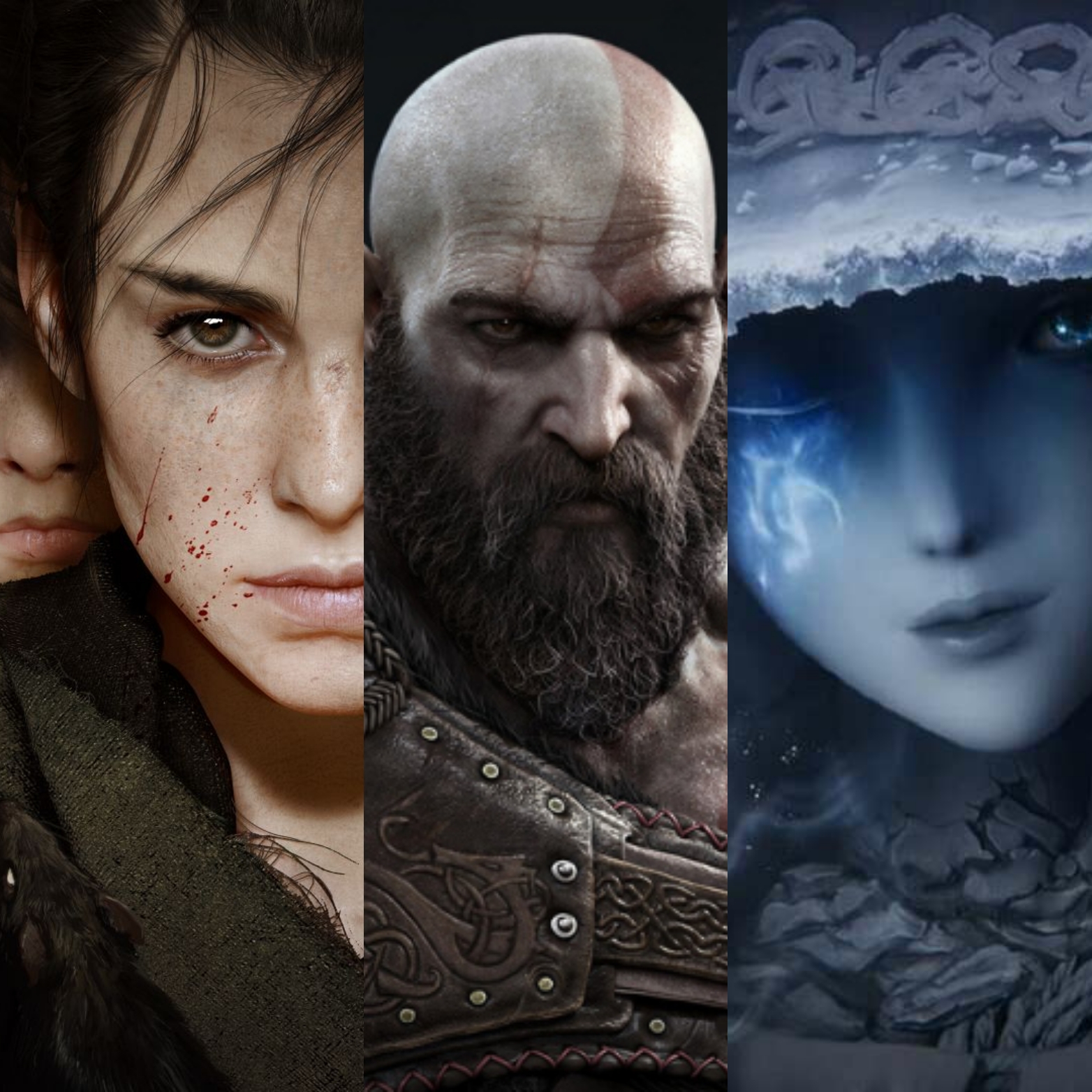 After a year jam-packed with heavy hitting games Geoff Keighley’s “The Game Awards” asks one simple question: which game is worthy of the title of “Game Of The Year”? Voted on mostly by the industry’s biggest videogame media outlets, the nominees have been decided. As with every year six titles were chosen for consideration. The category recognizes…“A game that delivers the absolute best experience across all creative and technical fields“. Let’s check out our nominees and figure out who are the heavy favorites that are likely to cinch the award this year.

A direct sequel to 2019’s A Plague Tale: Innocence, Asobo’s latest entry continues the story of royal siblings Amicia and Hugo de Rune as they continue to try to treat Hugo’s Macula disease and escape a religious order. I haven’t finished Requiem but I can say that the game plays and feels better than it’s predecessor. The game looks gorgeous on PC (where I am playing it) and trumps anything visually that I have played on console. The rats and physics engine on display are miles ahead of anything I have seen since the first game. There are amazing artists over at Asobo!

The game is a stealth/survivor-style title where open combat is discouraged (and difficult) and discretion and caution keep you alive. The voice-acting and audio is superb and raises the bar for the industry. In fact Amicia’s voice actress, Charlotte McBurney, won “Outstanding Performance” for her portrayal in the game at the 2020 NAVGTR awards. I’m only a few hours in but I can say with confidence that this isn’t a fluke, Requiem is definitely a worthy nominee for GOTY and belongs!

To absolutely no one’s surprise FromSoft’s Elden Ring is a GOTY contender. Back in February of this year Elden Ring was a cultural moment for gamers. Terms like maidenless, Radahn, Let Me Solo Her, etc. became a part of gamers’ lexicons in the last year. The game sees the player known as the “Tarnished” seeking to restore the shattered Elden Ring, an artifact of immense power and status, in order to become the new ruler of The Lands Between. Elden Ring is a triple-A juggernaut that has, at most recent sales figures, sold over 17 millions copies!

In an industry where sales of three to four million copies is considered a success, 17 million is simply unheard of. That total makes publisher Bandai Namco’s highest selling game of all time! The game has also garnered much acclaim for it’s themes and lore that were written by Game Of Thrones creator, George R.R. Martin.

What makes these sales figures even more impressive is that Elden Ring is, by all accounts, an incredibly hard game. It literally took me six months to complete due to it’s difficulty and steep skill curve. The game is flexible enough with character builds and multiple approaches to the plethora bosses are valid. Part of what has kept the game alive in the zeitgeist is the abundance of secrets and strategies that continue to be found months later! So far it is a major favorite to win GOTY.

The most recently released game in this batch of nominees (just came out last week) is God Of War: Ragnarok. While some people are calling foul it is important to know that the majority of the voting body have played and beat the game weeks before the official release. Ragnarok has the distinction of being a sequel to a previous GOTY winner, 2018’s God Of War. Will that play a big factor? Possibly. No game series or developer has ever won GOTY at The Game Awards twice! As for Ragnarok? I am currently in the midst of playing it and I can safely say it is a fantastic experience.

The game finds the titular God Of War, Kratos, accompanying his son Atreus (who is also revealed to be Loki) in trying to set Ragnarok into motion in order to defeat the antagonizing Odin. The title is a vast improvement over the original featuring better side-quests, better accessibility options, and improved combat. The game has hauntingly beautiful music and is a feat of production from top-to-bottom that hasn’t been seen in a game since The Last Of Us Part 2. It’s too early for me to say, but Ragnarok is probably Elden Ring‘s biggest competition this award season.

The original Horizon Zero Dawn was snubbed and lost out to The Legend Of Zelda: Breath Of Wild at the 2017 Game Awards. Seeing the franchise get a second chance at the title of GOTY is great, especially since I absolutely loved Forbidden West when I beat it earlier this year! Forbidden West is a gorgeous game with a rich and diverse color palette and biomes. The enemy variety has greatly improved over the original and the new tools and gadgets make combat so much more engaging than the first game.

Forbidden West doesn’t do anything that is incredibly new, but it is still a technical marvel and a step up from the original entry that fixes some of the issues of it’s predecessor. I don’t think it is likely to win GOTY in the face of stiff competition but I would be pleasantly surprised if it did.

Stray is a purrrrfectly delightful game (and I got my one cat pun out of the way). While it is a great game (I gave it a glowing review earlier this year) it’s hard to say that it belongs here when so many other games are more deserving. While it is always great to see Indie games get a spot in the limelight it is a bit disconcerting to think Stray has a spot here when games like Kirby and the Forgotten Land or Immortality are more deserving.

Then again Stray did captivate the industry earlier this year with all the cat memes and attention from outlets even outside of the scope of videogames. Stray is a well-paced cat simulator with a beautiful aesthetic and cyber-urban setting. It’s sense of exploration and atmosphere is unlike anything we played this year. Of every nominee this year I feel Stray has the smallest chance to win.

Admittedly this is the only game I have not played this year (It was either this or play Digimon Survive, I chose poorly). But it is honestly great to see an RPG on this list, considering it’s a genre that doesn’t see much inclusion it the Game of the Year category most years. Notably every year there is a token Nintendo exclusive that makes it to this category but traditionally the best Nintendo exclusives get regulated to the “Family Game” category.

The game’s reviews have been overwhelmingly positive. Against Elden Ring and God Of War: Ragnarok I don’t see Xenoblade winning but anything is possible.

It’s a close race this year and the competition is fierce. Realistically I feel like several games got snubbed for Game Of the Year category: Immortality, Kirby and the Forgotten Land, Triangle Strategy, and even Modern Warfare 2. My personal choice would still be Elden Ring though. That game is truly special and has had a stranglehold over the games industry and scene all year long.

What is your choice for Game of the Year? Be sure to post it in the comments below! I would love to read your responses. Be sure to tune in to the Awards show on December 8th to find out who wins! For more game coverage be sure to subscribe to GeekNewsNow! Also check out my videogame podcast, DuoSense, for gaming news and recommendations! As always, stay geeky!

Back in 1970 Disney’s The Aristocats revealed a major secret to the public: “Everybody wants to be a cat”. Sorry, you probably have that...