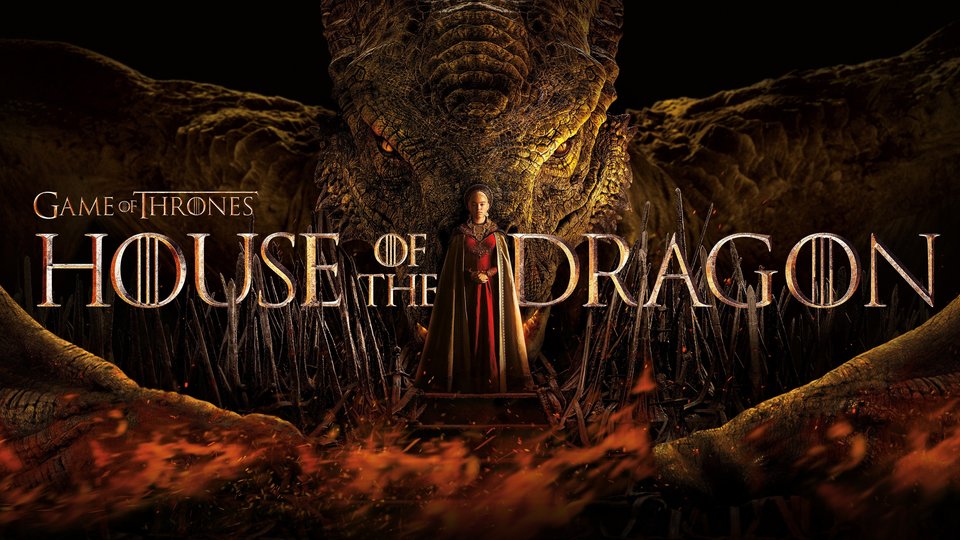 The first season of HBO’s House Of The Dragon  finished up on Sunday, leaving viewers glued to their seats and counting down the days to season two’s 2024 release date.  There was little to know disappointment to speak of throughout the season.

Fans of the Game Of Thrones  series got exactly what they wanted from House Of The Dragon; a gritty, sinful, brutally violent, yet deeply intellectual series that pulls at every emotion one could possibly think of during its ten episode run.

The character development was first class.  The writers left no stone unturned in the progression of each character’s story arc.  From young Aegon’s lecherous nature to Otto Hightower’s underhanded treachery, everything is mapped out in great detail.

George RR Martin, the author of the Game Of Thrones Series has had a heavy hand in the production of the series. This might explain why the quality is so top notch.

The writers provided the viewer with a fantastic tale that is riveting from beginning to end and leaves just enough detail out for us to ask for more when the credits roll at the end of the finale.

Even better than the plot however, was the writer’s ability to showcase human nature in a raw manner that gives us a glimpse into it’s triumphs and pitfalls.  Each character has qualities that are both endearing and despicable.  There are of course some exceptions.  Some characters are deeply virtuous, others are the banality of evil.  This ensemble makes for a great story and a fantastic TV show.

The Classic Struggle Between Good, Evil

Sometimes to tell a good story, you simply just have to stick to the classics.  How it ends depends on the writer, but something as simple as the conflict between good and evil almost never fails.  House Of The Dragon humanizes these virtues and adds characters that are torn into the mix.  This leads to an interesting dynamic in watching all of these elements attempt to mingle with one another.

Viserys is a good man.  He wants peace, he is a loving father, he is loyal to his subordinates and encourages amicable relationships between everybody including political rivals such as Otto Hightower and Daemon Targaryen.

One of the many themes in this show is that good men do not make effective leaders.  This manifests itself both politically and physically for our King.  His body literally falls apart during his reign.  This is attributed to leprosy.  Symbolically you can tell that the stress of leading the entire Kingdom of the Seven Realms has eaten him alive.

Visetys Tararyen is a good man who let the stress that comes with the Iron Throne destroy his health.

Politically, because Viserys was so trusting; backdoor deals and conspiracies against his line of succession have occurred in almost every episode.  His own daughter even flaunts her infidelities and defiance in front of him much to the chagrin of her political rivals.

As far as elements of evil go, Otto Hightower, Daemon Targaryen, and Larys Strong all corner the market in one way or another.  Daemon is a strutting animal.  He kills his wife in cold blood to be rid of her.  He isn’t the least bit phased when his second wife commits suicide.  He is so obsessed with the Iron Throne, he even marries his niece and sires children with her to ensure his spot in the Royal Hierarchy. He slices his way through the story with great impunity and little to no remorse.

Larys Strong is subversive and manipulative.  Something is always afoot when he appears on screen.  He tiptoes and slithers through the story like a snake, poisoning the ears of anybody who grants him an audience.  His malicious nature knows no bounds as he kills his father and brother to gain favor with Alicent Hightower.

Otto Hightower is underhanded.  He presents himself as a decent and honorable man.  Yet as the story unfolds, we find that Sir Otto has a portfolio of ulterior motives.  He is working like a chess master. Making moves, and sticking the figurative dagger in the backs of his political rivals.  He even goes so far as to seduce King Viserys with his young daughter to gain favor and get even closer to the throne.

The Role Of Women In Westeros

The role of women in the House Of The Dragon is a complex one.  They are an oppressed class that is often overlooked.  Yet at the same time, they hold great influence on the story and how it unfolds.  Viserys’ wife sets the story as we know it in motion when she expresses her displeasure with being constantly pregnant.  She proclaims that the child she is carrying will be her last.  Sadly this proves to be true when her and the child both pass away after a complicated pregnancy, which sends Viserys’ line of succession into a state of uncertainty.

Eve Best shows an exemplary quiet dignity as Princess Rhaenys Targaryen.  She was in the running for the Iron Throne’s seat and was ultimately passed over in favor of Viserys.  She is a woman who has every right to be bitter, and angry.  Yet she carries on.  Showing class and grace, she walks through the society that has treated her less than fair and carries on with her life like a true leader would.

Rhaenyra Targaryen is rebellious by nature.  Not wanting to be auctioned off as a wife, the heir apparent to Viserys ended up in a sham marriage with Rhaenys Targaryen’s gay son.  As Viserys turns a blind eye to the royally illegitimate children that she gives birth to, it frustrates the rest of the Seven Realms to no end.  Nonetheless, she proves to be a loving mother and a woman who is more than capable of assuming the duties that the Iron Throne calls for.

Rhaenyra Targaryen proves herself to be a capable woman. But her blatant infidelities frustrate her political rivals.

Alicent Hightower is one of the most interesting characters in the series.  SHe starts off as virtuous and a loyal friend to Rhaenyra.  Then when she is destined to become Viserys’ bride, she becomes cagey, cold, and cruel. Especially to her children.  You can see the conflict in her eyes though.  She doesn’t want to be the person that she is.  So the viewer is left wondering how much of what Alicent has said and done is actually in her nature, and how much is attributed to the pressure put upon her and manifested due to the pressure applied by Otto.

House Of The Dragon explores the delicate balance of human nature masterfully.  There isn’t a character in this show that you can’t relate to as reluctant as you might be to admit that. The show rips the band aid off of society and forces us to look at the human race for what it really is.  It allows us to reflect on our qualities both good and bad.

Very few shows can pull that off successfully.

How did you feel about the show, Geek Faithful?  Did you enjoy it? Not so much?  Sound off in the comments!

Thank You for reading.  When I am not writing, I enjoy spending time with my wife Barbara, my two year old daughter Frankie, my Hound Marbles, and my ferret Ms. Farrah Pawcett.