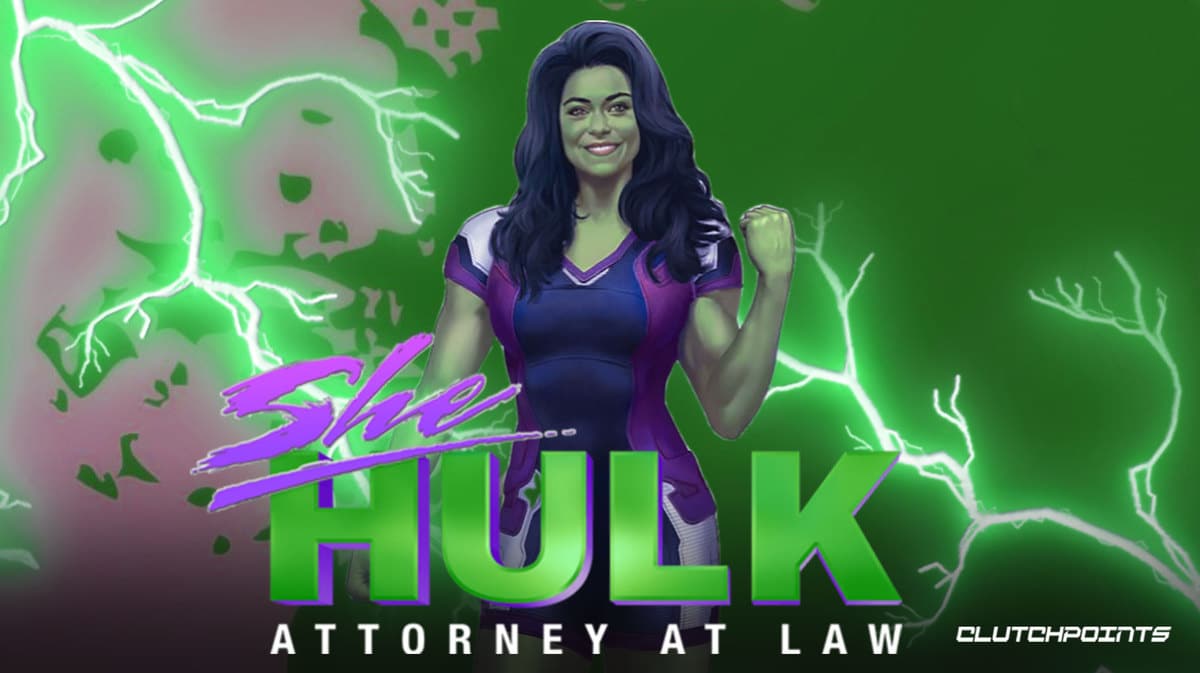 When most of us were younger and we got caught doing something we shouldn’t have been doing, our parents would all say the same thing: “I’m not mad. I’m just disappointed.”

I never fully understood that train of thought until I sat down and watched the first season of She-Hulk: Attorney At Law.

When I first wrote about She-Hulk back in August, I was cautiously optimistic.  The show had some issues, but it seemed to be able to hold its own.  After the first episode, there was nothing that a few writer’s room meetings would be able to fix.  Despite a finale that I thoroughly enjoyed, the show wound up being a forgettable entry into the MCU with little to no focus on substance or story.

The show had a chance to be a breath of fresh air.  It could have been a lighthearted, humorous entry into an often overly serious MCU. This could have been an entry that represented female fans proudly, and intelligently.

More people talked about a cameo appearance by Megan Thee Stallion, then the actual plot of She-Hulk.

Instead of a show that respected the viewer’s intelligence and challenged the traditional thoughts of geek culture, we received a juvenile, condescending prank as admitted to by the head writer and lead actress.  Instead of appealing to the millions of fans who were excited to see the long awaited exploits of fan favorite Jennifer Walters on the silver screen, the writers decided to write hate mail to people who were probably not even watching.

It is incredibly frustrating to see somebody as talented as Jessica Gao, whose credits includes Robot Chicken, Silicon Valley, Star Wars: Detours, and the insanely popular Rick and Morty episode: Pickle Rick:  stoop so low and miss so badly.

When the jokes weren’t falling completely flat, they landed with the precision and accuracy of a Stormtrooper who spent all night at the Cantina.  There were moments where I involuntarily cringed.  It was not pretty.

Jennifer Walters Was Much Better In Print

In Savage She-Hulk which was first published in 1978, Jennifer Walters is a successful lawyer.  That is the only fact about the origin story that Jessica Gao kept.  The published origin story is much more compelling and enthralling.

Savage She-Hulk explores a Jennifer Walters who is timid despite her success.  She lacks confidence.  Her Father was a Sherriff who died in a car crash when she was a teenager.  How she became She-Hulk was an infinitely more compelling story than just crashing your car and getting Bruce Banner’s blood on you.

For reasons that were never explained by the writers, the compelling origin story from 1978 was abandoned and we got a sterile, generic origin story in its place.

Jennifer Walters in print is conflicted, yet determined.  She was working a case that had her going after crime boss Nicholas Trask.  When She refused to back down, Trask sent hit men after her and almost carried out a successful assassination.  She was saved when her cousin Bruce Banner came out of hiding to give her an emergency blood transfusion, which then lead to her becoming She-Hulk.

This story is much more compelling.  It has layers, suspense, tragedy, and feeling.  All of those elements made the reader want to watch more and it made Savage She-Hulk one of the best selling Marvel titles of the eighties and early nineties.

There Was Never Any Real Adversity

To have a good story, you need conflict.  Your character needs to be challenged, and there needs to be something important at stake.  She-Hulk lacked that common element and the story suffered greatly for it.

Jennifer Walters is good at everything in this show.  Nothing is a challenge to her.  Her training was a breeze. She outhulked Bruce Banner with the greatest of ease.  She is a legal genius.  She cast Titania aside like yesterday’s news.  There was nothing that she couldn’t do.

This does not make for a good story.  You have to give the hero some vulnerability.   Something has to be on the line.  Look at every great Superhero in media.  Peter Parker has his friends and family.  Superman literally has the world on his shoulders.  Moon Knight has his mental health to contend with.  Iron Man battles his personal demons.  These are all things that tie the viewer/reader to the character emotionally and keep them wanting to see more of the story.

The writers were so determined to make this version of Jennifer Walters strong and independent, they weren’t even willing to have her face any adversity in training.

When you leave that key element out you are left with a character whose positive traits get overshadowed by ego.  In this show, Jennifer Walters comes off as shallow, selfish, narcissistic, arrogant, and condescending.

She made it really hard for me to root for her.  Imagine watching Iron Man and having Robert Downey Junior just save the day with ease in every scene with no conflict and nothing to resolve.  That’s not god media.

Mickey Mouse and Co. face more adversity in one episode of The Mickey Mouse Clubhouse Than Jennifer Walters did in the entire nine episode run of She-Hulk.

Why Trolling The Trolls Always Fails

Jessica Gao is a gifted writer.  Let me say that first and foremost.  She is smart and funny.  Her pedigree is amazing.  She is quick witted.  She has proven herself to be more than capable on more than one occasion.

Even the best of writers can put out something beneath them.  Mel Brooks has Life Stinks.  Marvel gave us Darkhawk in the nineties.  Even William Shakespeare had a miss with Troilus and Cressida. You put yourself out there, and failure will happen from time to time.

Jessica Gao was so concerned with having the final word with the trolls, that she neglected the actual story and left the real fans unsatisfied.

On this occasion however, the failure was a self destructive need to stick it to critics of the show at the expense of a good experience for loyal fans.  The best way to silence a critic is to put out a good product that you can stand behind.  The best way to give your critics a louder voice is to admit that they got under your skin and you wrote the show specifically to stick it in their eye.  The critics were living in the writer’s heads rent free.

Millions of people were waiting for this and willing to support this project.  By focusing on the trolls, you disregarded the actual fans.  Ostensibly you ended up losing more fans and gaining more trolls.  That is not a good plan in any aspect of business.

A lot of this has to do with the narrative that the majority of men aren’t willing to accept She-Hulk into the MCU.  If that is the case, then the writers need to ask themselves how the comic topped the charts for almost an entire decade, was a fan favorite, and has been a mainstay in the Marvel Universe since she debuted almost forty-five years ago.  It is an obtuse take that became a scapegoat for the series shortcomings.  It is simply not true.

What Did Actually Work

Despite it’s many shortcomings, She-Hulk did have some memorable moments.  Nikki, played by Ginger Gonzaga was a fun character and her relationship with Pug was hilarious when the writers bothered to focus on it.  It was one of the only dynamics of the show that had genuine charisma.

The fourth wall breaking stayed true to the humorous nature of the comic.  A lot of people forget that She-Hulk had this style long before Deadpool was even an idea.

The appearance of K.E.V.I.N. was one of the many fourth wall breaking moments that worked and showed us just how much potential this show actually wasted.

Daredevil’s guest appearance was fun, and lighthearted. A lot of fans disagree with me on this but I did like the chemistry between Charlie Cox and Tatyana Maslany to the point where if Maslany guest starred on the new Daredevil vehicle, I would happily tune in.

The finale was so good that it made me visibly upset.  It frustrated me to no end because everything in episode nine was so well written and so well executed, that the writers inadvertently proved to the viewer that they could have made eight other episodes that were just as good, and just made a conscious decision to not do it.

When it comes down to it, She-Hulk is frustrating because it is a D student that has A plus potential.  The writers didn’t realize that they had a property that is well liked and revered on their hands. As a result, Jennifer Walters did not get the respect that her character deserved.

The writers focused too little on the story and way too much on the societal message that they were trying to send.  My High School English teacher always told me that if the message overshadows the story, the writer is in danger of losing both.  That is what happened here.

I am well aware of the pitfalls of a man such as myself writing a critical review on a property such as this.  I know that if I say that this show was anything less than good, there is a possible backlash and I am prepared to deal with that because I have no problem saying what needs to be said.  I’ve spoken to a lot of people about this and I wanted to write a critical review while still being respectful.  Some people agreed, some people think that I should give the show a pass.

I think that it would be far more patronizing, disrespectful, and misogynistic of me to simply give this show a pass because it is female driven.  That’s not the proper way to learn or grow as an artist.

That’s definitely not how Jennifer Walters would do it.

What do you think, Geek faithful?  Am I right? Wrong? A little bit of both?  Sound off in the comments!

Thank You for reading.  When I am not writing, I enjoy spending time with my Wife Barbara, my Daughter Frankie, My Hound Marbles, and my Ferret: Ms. Farrah Pawcett.

For more insightful content and thoughtful discussion, check out our YouTube channel.  There you can join Chris and Debi on MCU Mondays where they discuss  all things MCU related.  Stay Geeky everybody!