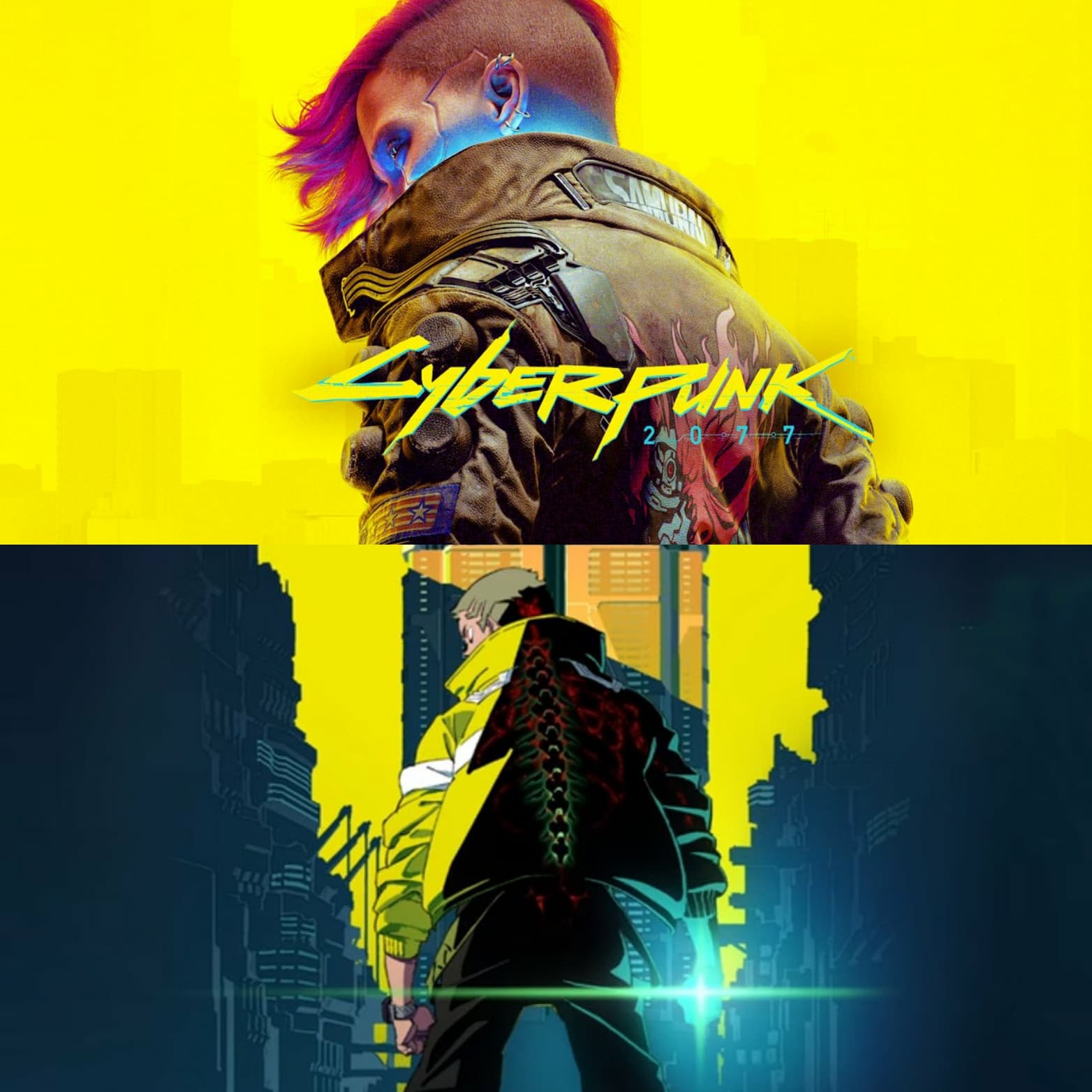 Much like the phoenix of mythology, Cyberpunk 2077(game) is experiencing a rebirth of sorts. For those who don’t remember back to 2020, Cyberpunk 2077 was a near-complete disaster at launch. It was critically panned on just about every platform except for high-end PCs. In fact it ran so bad that even PlayStation was forced to take the game off it’s digital storefront for over 100+ days. Eventually publisher/developer CD Projekt Red patched it enough so that it could run just minimally on last-gen consoles.

Some of the characters from the anime spin-off.

Never mind the argument that it should have never released on PS4/Xbox One in the first place. Earlier this year the official PS5 and Xbox Series X/S versions of the game were officially released and run superbly. But CD Projekt Red had burned bridges and lost most of it’s credibility by that point. But now, it seems like fate is being kind to the Polish developer/publisher.

…follows a street kid named David Martinez who, after a near-death experience following a hit-and-run, joins a crew of eccentric edgerunners looking to make ends meet by completing a slew of dangerous cyber-heists.

And while the show is receiving a lot of praise for it’s narrative as well as it’s gorgeous animation it is spilling over to sales of the game. They say a rising tide lifts all boats, and this is apparent with the show helping out game sales. As reported by game industry analyst, Benji-Sales, Cyberpunk 2077 is experiencing a renaissance on PC.

Cyberpunk 2077 hit 85,555 concurrent players on Steam today the highest it's been since early January 2021 near launch

Amazing CD Projekt have been able to capitalize on Netflix Adaptations with increased sales not once but TWICE now with Cyberpunk and Witcher pic.twitter.com/oZznBIbfdo

As Benji notes, this isn’t exactly the first time this phenomenon has happened. Back in early 2020 The Witcher Netflix series caused a massive surge in purchases of the Witcher 3 game. Lightning doesn’t often strike twice, but it can’t be a coincidence that the most praised video game adaptations are of two games from the same developer. Perhaps CD Projekt Red has a winning strategy on their hands here. Release a game and make sure it is profitable enough to cover development costs and be able to pay everyone. Then follow up with a Netflix adaptations and double-dip!

That’s not entirely fair though, they have definitely put in effort this year. In their most recent “Night City Wire” presentation CD Projekt Red announced new updates for Cyberpunk 2077. Along with a new DLC expansion, Phantom Liberty, dropping sometime in 2023 Keanu Reeves is returning to record brand new lines for the game!

While the game has a tumultuous launch, the studio is committed to making Cyberpunk 2077 a late success! As per the tracking on the steam charts, Cyberpunk 2077 is the #1 game of the past week in terms of sales!

Night City. The setting of the anime and the game.

What are your thoughts on Cyberpunk 2077? Do you think it’s too little too late to launch DLC three years later? Do you think the game might secretly be a diamond in the rough? Sound off in the comment section like always folks. Check out Kat’s article on the five reasons you should have already played the game here.