The Dark Pictures Anthology Most Gruesome Game Yet 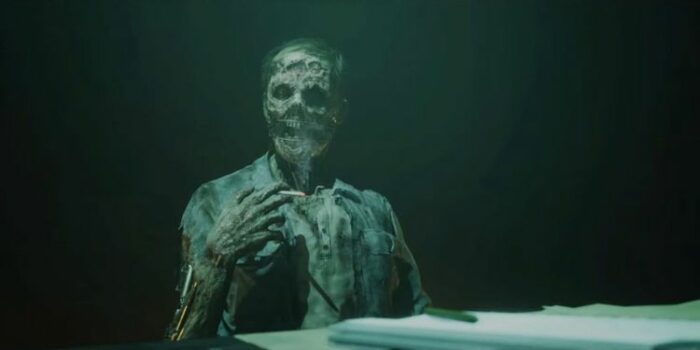 Supermassive Games The Dark Pictures Anthology season finale will be it’s most scariest and gruesome game yet based on real life serial killer Dr. Henry Howard Holmes and his “Murder Castle” in Devil In Me.

Spooky storytelling is what makes The Dark Pictures Anthology a favorite amongst fans of the choose-your-own-narrative. Often seen time and time again in other games like Life is Strange and The Telltale games. If you’re not too familiar with this series of game from Supermassive Games, let me hit you with a refresher. The series consist of stand alone stories Man of Medan, Little Hope, and House of Ashes. The upcoming Devil In Me will be its season finale with the setting, being a recreation of the “Murder Castle.” A real life place that was once owned by H. H. Holmes who used the place to murder his victims.

During Supermassive Games showcase and gameplay reveal the director, Tom Heaton, spoke on the inspiration behind this game along with it’s new features. For starters the main influence came from a known serial killer named H. H. Holmes and his murder castle. Other inspirations came from the Saw series as shown in one scene when deciding between the life of two characters. The game will focus on five unique characters Charlie Lonnit, Mark Nestor, Erin Keenan, Kate Wilder, and Jamie Teirgan. As they travel throughout the Saw-inspired labyrinth to solve puzzles while making choices on who lives and who dies.

One of the things that was changed in Devil In Me is the exploration mechanics making this one more action-oriented. In all of it’s previous games the player has been encourage to explore the area within that world along with all of it’s secrets. However in this game the players will be able to climb, squeeze, jump, and shimmy through tiny spaces to discover hidden rooms and find secrets that could help the characters survive their frightful night. Also characters could now run and walk rather than just walk everywhere.

Additionally there was another feature that was added to this game the inventory. Although simple this is very helpful with each character having a tool that is related to their job that can be useful in their situation. For instance one of the characters named Charlie has a card that he could use to pick locks while another character named Mark can use his camera to gather evidence of the dead bodies they may encounter.

Based off the thirty minute presentation that showcased some gameplay and it’s many new features. This new installment could make the Devil In Me more immersive compared to its previous successors. Allowing each character to become the main protagonist and leaving the choices of who lives or dies based on the players decisions. The gameplay even shows a characters death after making a series of choices making Devil In Me appear multiphase in the numerous ways a player can approach the game. Overall the game does look more interactive and this could aid in giving players more time to explore these environments. With that being said it looks as though the developers paid extra close attention to H. H. Holmes and his murder castle as shown with how gritty and yet beautiful the house can be in each scene.

I look forward to spending more time on this game when it drops on PS4, PS5, steam, XBOX One, Series X/S on November 18, 2022. With preorders available right now. If you want to read up more on upcoming games be sure to check out GNN. Stay Geeky.

In the early morning hours of November 2, 2020 the gaming giant Capcom discovered that they had been victims of what they have referred...

For fans of the Call of Duty franchise there are few things that the developers haven’t done to WOW the masses. That doesn’t mean...