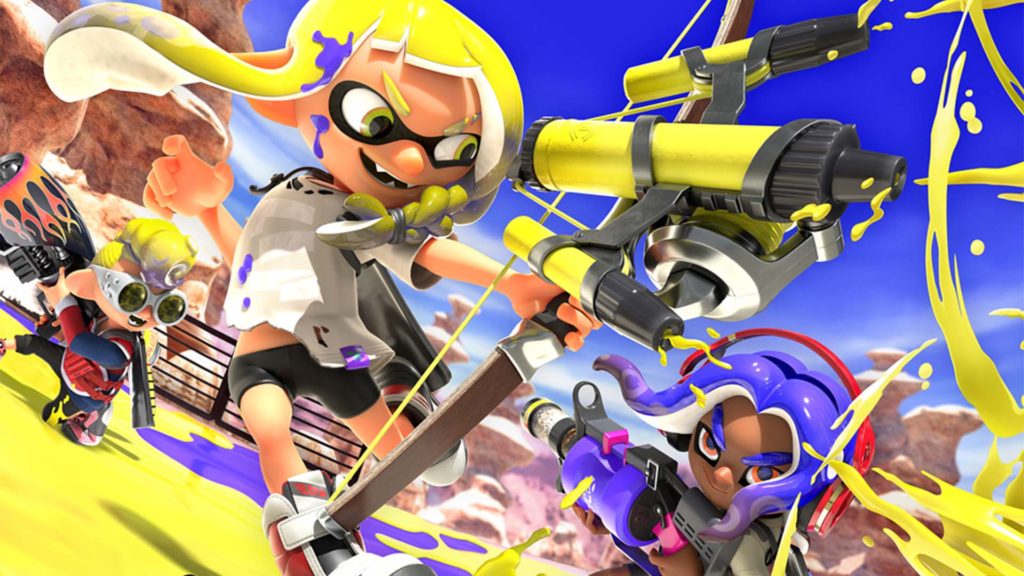 Nintendo has outdone themselves once again. With the release of “Splatoon 3” last Friday, the big N has given us a fun, breathtakingly beautiful game that is suitable for the whole family.

The first Splatoon game opened to huge fanfare, and was one of the only successful games to make it on to the ill fated Wii-U.

For those of you unfamiliar with the “Splatoon” franchise; it is a third person shooter that gets real chaotic, real fast.  Instead of bullets, the player shoots paint.  Instead of dying, the player gets “splatted” in a non violent manner and respawns instantly, allowing you to rejoin the fun as soon as possible.

The controls are easy to learn and the gameplay is as far away from complicated as can possibly be.  It is a good natured romp through a visually stunning setting that is as easy on the eye as the gameplay is for the player.

Improvements Made To The Series

While the series itself doesn’t call for many improvements, the improvements that Nintendo did make really do set this installment apart and make it arguably the best game in the series so far.

One of the things that I enjoy most about the Splatoon series is there continued usage of the Amiibo figures.  Amiibos are little figures that use NFC software to interact with the games that they are compatible with.  You can use specific Splatoon Amiibos to unlock special features such as weapons or armor.  It is a fun little feature that Nintendo brings to the table.

The Amiibos are fun little figurines that unlock certain features of the game such as; music, exclusive armor, and weapons upgrades.

“Splatoon 3” is non-stop fun.  It is something you can play by yourself, online, or in co-op mode with a friend and it doesn’t matter how old you are.  You will find yourself escaping to Splatland to battle other squidlings and inklings in a chaotic free for all that is sure to leave a smile on your face.

I can’t think of any reason not to buy this game.  Just be aware of the time. If your not careful, you will find yourself playing for hours on end.

What do you think fellow gamers?  Do you love “Splatoon 3” as much as I do?  Not a fan?  Sound off in the comments!  For more fresh, geeky content and insightful discussion, please check out our YouTube page.  Stay Geeky everybody!

Thank you for reading! When I am not writing, I enjoy spending time with my wife Barbara, My two year old daughter Frankie, my hound Marbles and my ferret Ms. Farrah Pawcett.

The Dark Pictures Anthology Most Gruesome Game Yet

Supermassive Games The Dark Pictures Anthology season finale will be it’s most scariest and gruesome game yet based on real life serial killer Dr....