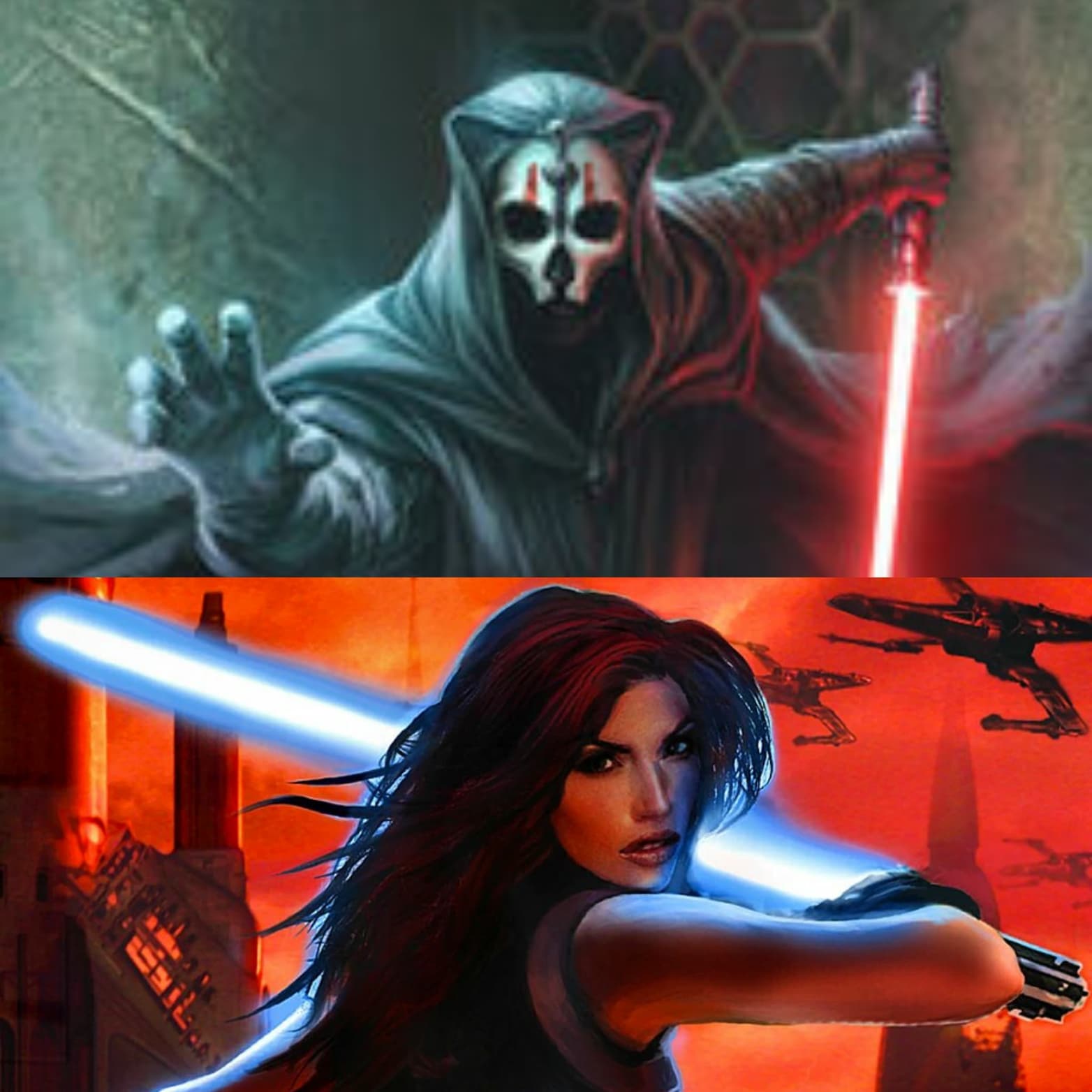 The Disney era of Star Wars has delivered some of the most creative and diverse content in the history of the franchise. Rogue One, Bad Batch, The Mandalorian, Book of Boba Fett, etc. have delivered the goods in the last few years. But not everyone is vibing with the direction of the franchise under the Mouse. There are pockets of the fandom still holding out in the dark corners of the internet. Those who yearn for the days of the Yuuzhan Vong, Abeloth, and the tribes of the Sith.

How could Lucasfilm play nice and appease this faction of the fandom? Bring back some of the EU (Expanded Universe) into the current canon! No, don’t launch them out of an explosive cylinder. Canon (with one “n” in the middle) as in making them part of the officially recognized timeline. Brief warning, there will be a few EU books/games mentioned with spoilers! With that out of the way, let us proceed.

One of the most dangerous beings in the later books before the Disney acquisition is the force entity, Abeloth. Abeloth is a human woman born hundreds of thousands of years before the events of the films. She comes into contact with the force embodiments on Mortis known as The Father, Brother, and Sister. She becomes aware of her mortality next to the god-like beings and dips herself into the Wellspring Of Life. The Wellspring is the homeworld of the midichlorians, and it transforms her into a force monster.  She becomes The Mother and tries to rejoin the Force trio. However this freaks them out and they end up imprisoning her until she is eventually released around 40 ABY.

Abeloth in the center, in one of her twisted forms, fending off a combined Jedi/Sith assault.

At which point she is now the most powerful force user and unleashes chaos on the galaxy. Needless to say that Luke and friends do eventually defeat her but with tremendous effort. Abeloth would be an interesting foe. While I wouldn’t want her to appear in the films (we are done with Skywalkers) I would like to have her added to the canon in some form as an adversary in between the years of Return of the Jedi and The Force Awakens. It would be a really deep cut that EU fans would love!

Darth Nihilus wins first prize for best armor/mask combination in the entire franchise. Nothing says “anomaly in the Force” quite like his mask design. Star Wars gamers will remember that Darth Nihilus is one of the primary antagonists of Star Wars: Knights of the Old Republic II. Nihilus was a Sith lord who was treated as a “wound in the force” as a result of his proximity to the mass shadow generator superweapon which left him with an intense need to consume force energy.

Darth Nihilus on the left.

He hungers for the Force and snuffed out many Jedi in his relentless pursuit of force energy. He is eventually confronted, and defeated, by the player and his ship is destroyed. Nihilus has always been a fan favorite for his unique condition and character design. Having him acknowledged in some way in the current canon (or even possibly in canon Old Republic content) would be the perfect olive branch to those who are still salty about the state of the old EU. Bring back my boy Nihilus!

Originally I was going to reserved this spot for Kyle Katarn, but there is no way in hell would Kyle be dealt proper justice, and I would refuse to believe that Kylo Ren could kill him when he wiped out Luke’s temple. So Corran will have to take his place. Corran is one of the most beloved Jedi of the New Republic era of the EU and a fan favorite. Before becoming a Jedi he served as a part of Corellia’s elite CorSec team, and was an Ace pilot in the infamous Rogue Squadron. You can say he kind of did it all. He is like a roleplaying character who refuses to stick to one character build. Throughout the history of the EU he was a prominent character wherever Jedi or Rogue Squadron was involved and after the Yuuzhan Vong war he was granted a seat on Luke’s Jedi Council.

Corran Horn, as he appears on the cover of the novel “I, Jedi”.

He eventually had two children who he trained in the Jedi arts. Corran is one of the major protagonists in the X-Wing novel series (which had a really long run). I could easily see him existing in that 30 year gap of the films and possibly dying or going into hiding soon after. There are theories and references to Corran being the kid who is helped out by Kumail Nanjiani’s character, as well as his mother and father’s name showing up in the series. But for now I am accepting as a very soft confirmation. The first EU novel I ever read was I, Jedi which is told completely from Corran’s point-of-view. So you could say he holds a special place in the Star Wars mythos for me.

One of the best early additions to Luke’s Jedi Order, Tionne is the least Jedi-like of any Jedi. She is not particularly strong in the Force, but she is a major researcher of Jedi (and to an extent, Sith) history. She gathers artifacts from all over the known galaxy and believed in Luke’s vision for a restored Jedi Order. Tionne does, eventually, develop her force abilities enough to be able to hold her own offensively; but she prefers to serve as teacher and chronicler for the Jedi.

She also serves as the narrator guiding the player through the campaign of one of my favorite PSP games Star Wars: Renegade Squadron. Tionne visually stands out for a near-human being. Master Tionne has the complexion and hair of Storm from the X-Men but with pearly white eyes. Again, she fits in that thirty year gap between the original and sequel trilogies and is one of the few non-traditional Jedi from the EU.

Arguably the most important EU original character, Mara Jade completes Luke. Originally serving as Emperor Palpatine’s “Hand”, Mara Jade was an assassin, spy, and enforcer for Darth Sidious. When the emperor died she was given the final task as Hand, to kill Luke Skywalker. Deciding it was pointless to follow orders from a dead man, she chose instead to take her unique set of skills and apply them as a smuggler for Talon Karrde. Over the course of many books she comes into contact with Luke Skywalker and goes from hating him to slowly loving him, a feeling that Luke reciprocates.

Mara Jade, during her days as the Emperor’s Hand.

Throughout the course of the book arcs she becomes a mom, a Jedi master and mentor to her niece. She is, sadly, killed by her nephew, Darth Caedus. I think Mara’s death could be part of that night where Kylo Ren destroys the temple. If that were part of it or retroactively added it could better explain Luke’s bitterness in the sequel trilogy and his emo boy attitude. If she died before the destruction of Luke’s order than it could serve as extra fuel to the hardening of Luke’s heart and demeanor in the sequel films. Just food for thought.

What do you all think about my five selections? Who would you ideally want to include, or even take out, in the five? Who truly deserves to be canonized? How would you want them to be implemented? Comment down below! I would love to read the responses. For more coverage of all things Star Wars, including my article on which Star Wars alien race fits you, be sure to keep it locked in here on GeekNewsNow! Check out our Facebook page and our Twitter here!