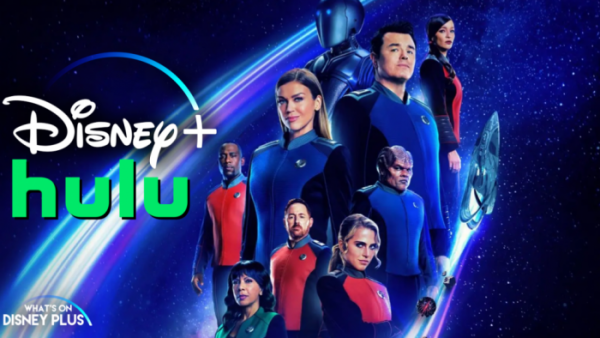 The Orville is a series with a unique story. It is Star Trek but not Star Trek, none the less it is a show that is definitely worth the watch for any fan of science fiction. The writer, Seth McFarlane, originally pitched the idea as a Star Trek series. When NBC turned him down he decided he would do the show anyway as a standalone series.

When the show was Originally aired on Fox. The show was well liked, however in true Fox Fashion they put the show in a bad time slot and cancelled it after just two seasons. Since the Fox network is owned by Disney, they decided that The Orville needed some additional seasons, so they brought it back as a Hulu original.

The Orville tells the story of a Union Starfleet ship and it’s crews as they travel to explore and protect that galaxy. One of the things that stood out in the series for me was the way that they approached the conflicts that they experienced dealing with such a mixture of species and cultures. With that many people living in such close quarters day in and day out you can’t expect that everybody gets along with everybody all the time and that there are never any cultural conflicts. The fact that the series addresses these issues not only on the worlds they visit but also on the ship shows the depth and consideration that was put into making the series relatable to the audience.

One thing many people may not fully appreciate is the way that the show tackles many of the social issues that we see in our daily lives. The show has tackled issues from discrimination all the way to the dangers of too much social media. These are things that we all see in our daily lives. The writers take special care to address them in a real-world way, not in a way that is overly exaggerated or outlandish. They make these issues relatable for everyone by addressing these complex social issues in ways that people from all ages and all backgrounds can relate while still keeping the main premise of the show which is space exploration.

Overall, the show is well written and has an amazing cast. More importantly, The Orville may bridge the entertainment gap between the fans of the older generations of Star Trek and the younger Scifi audience. You can now find all 3 seasons of The Orville on both Hulu and Disney+.