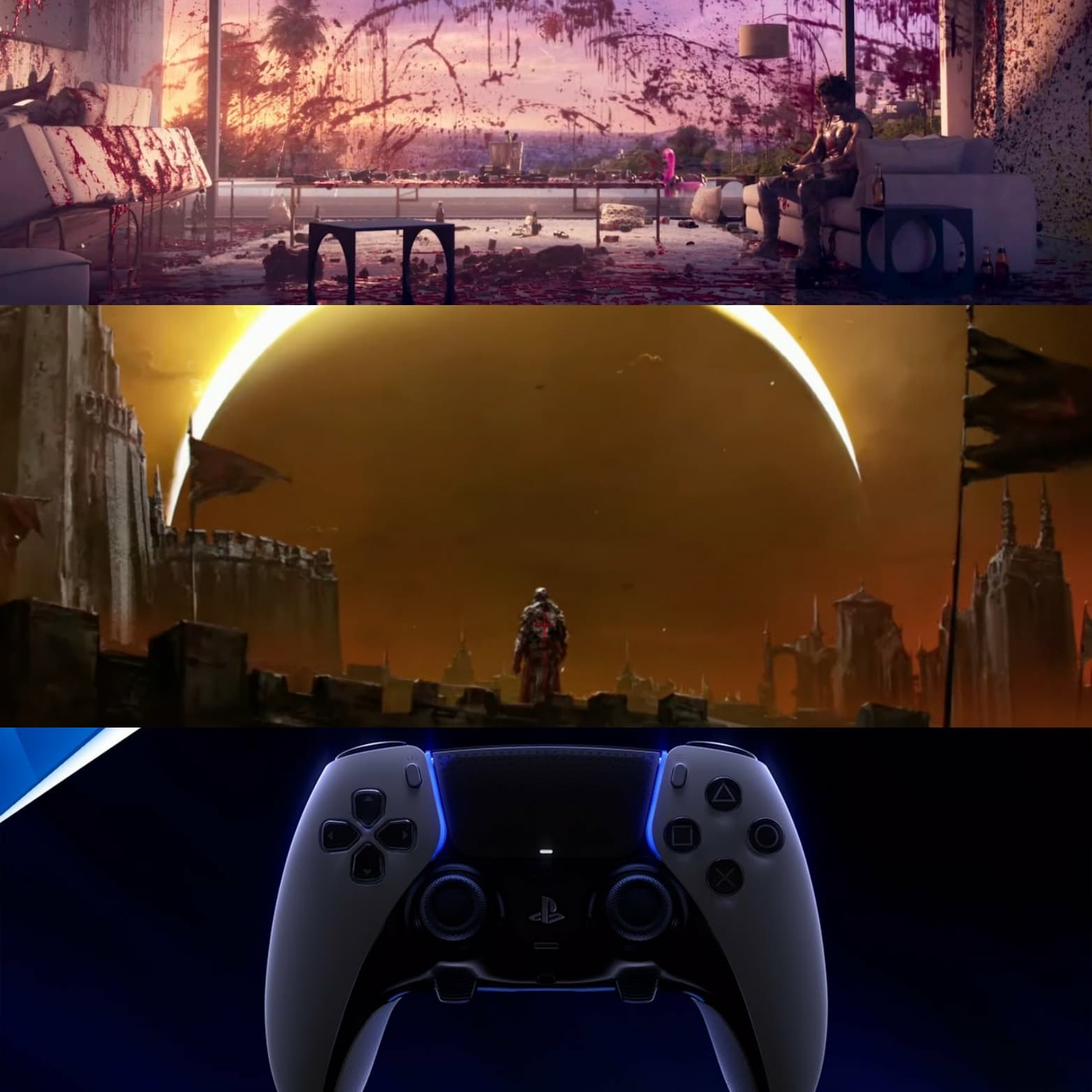 Gamescom Opening Night just happened a day ago as of writing. There were certainly announcements of games ranging from “Meh” to “What?!”. Gamescom is the world’s biggest annual videogame trade fair bringing games journalists, publishers, and gamers of all kinds from all over the world to Cologne Germany where it is held every year. Geoff Keighley, the master of videogame ceremonies, set things off with various world premieres as well as updates of known games. However not all world premieres were made equally. Let’s take a look at the most exciting announcements from the show!

In recent years there has been a growing selection of third-party hardware attachments that add paddles and keys to the back of game controllers for added versatility and customization. It seems like PlayStation has realized it had a blind spot in it’s catalogue of controller options and has now addressed it. The controller shows two triggers on the bottom, one under each detachable analog stick labeled “Fn”.

There are some kind of adjustable sliders on the upper back of the controller, presumably for volume. Lastly there are two paddles on the middle section of the controller’s rear side. Despite all the added points of contact the controller still looks remarkably sleek. The integration of swappable analog sticks is a huge boon for players as we know with time they get loose and develop drift. No word yet on price or exact release date. If the price is right I will scoop one up.

New Tales From The Borderlands

It was just earlier this year that Borderlands fans were treated to a new entry in the long-running chaotic-bullet-fest franchise with Tiny Tina’s Wonderlands. But it looks like we’re getting a second helping this year with developer TellTale’s New Tales From the Borderlands. As a fan of the first Tales From The Borderlands I am ecstatic! It took characters and settings we were familiar with from a first-person-shooter pov and threw them into a story heavy “choose-your-own-adventure”.

Unfortunately for TellTale details about this game did leak about a week ago. That certainly took the wind out of their sails and the reveal. Nevertheless it looks like Telltale is bringing a new cast of diverse and zany characters to the Borderlands universe. And it comes out October 21st, remarkably soon, keep your eyes open for this one!

Studio Round 8 is taking a crack at the Soulsborne genre that FromSoft pioneered with their own new game, Lies Of P. We first heard rumblings about this game late last year. Apparently it is taking some creative liberties adapting the classic tale of Pinnochio. The trailer shows “P” with a variety of gadgets and weaponry that he seems to be able to swap out for his arm(s). We see a variety of locations featuring a castle, museum, factory, and a town square.

It sounds like he’ll have to make some decisions as we hear two different narrators suggesting alternate paths concerning his “destiny”. With how amazingly well Elden Ring has sold and with having a tone and setting similar to Bloodborne, all eyes are on Lies Of P to deliver a high quality experience sometime next year.

Wyrdsong is exciting not so much for it’s premise but because of the talent pool attached to it. Right from the beginning of the trailer we see the lists of games that Wyrdsong‘s developers, Something Wicked, worked on include powerhouses like Skyrim, Fallout: New Vegas, and Dragon Age: Inquisition. Those are some of the most high profile games in the western rpg genre!

We see a sunset and a bluish moon rise over this gothic/medieval castle setting. Not much else is known although Something Wicked’s CEO, Jeff Gardiner, spoke with IGN and said the setting is an alternate history take on medieval Portugal. Sounds exciting and refreshing, can’t wait to find out more!

If there is one person in the video games space that is the real life embodiment of the “Most Interesting Man In the World” character from the Dos Equis commercials it’s Hideo Kojima. And apparently Kojima is aware of it too! the creator of Death Stranding and the Metal Gear franchise decided to announce his new podcast during Opening Night Live. No, he has no games to reveal at the show, just his new audio program.

The podcast is called “Brain Structure” and will be exclusively available on Spotify in Japanese as well as English starting September 8th. The videogame auteur also mentioned that it will feature guests from various fields. Only Kojima could get away with plugging his pod during an event like Gamescom. Despite all that I will definitely be checking out the debut!

After nearly eight years since it’s announcement and multiple changes in development studios, Dead island 2 has a full cinematic and gameplay trailer and is actually real. This game has had a tumultuous development cycle and many thought it was (pardon the pun) dead. Surprisingly it actually looks pretty good. No way to know how stable the game’s build is or if there are bugs/glitches, but the trailer we got suggests it should be available by next year. Hopefully it doesn’t get delayed from it’s February 3rd release date.

After being teased back during Summers Games Fest (In what ended up being a troll attempt and announcement for Goat Simulator 3) the game showed up being leaked on Amazon for pre-order a week ago, making this reveal at Gamescom not that surprising. Still, we at least now have an idea about the game’s setting and design. This was easily one of the better Gamescom announcements. Can’t wait to get my hands on it!

What are you looking forward to the most? What did you hate? Where those random awards for games that haven’t been released yet necessary? Share your thoughts in the comment section! For more coverage of all things games, Star Wars, MCU, and more make sure to subscribe to GeekNewsNow! As always, stay geeky out there!

In this article:Dead Island 2, Dualsense, Gamescom, Kojima, Lies Of P