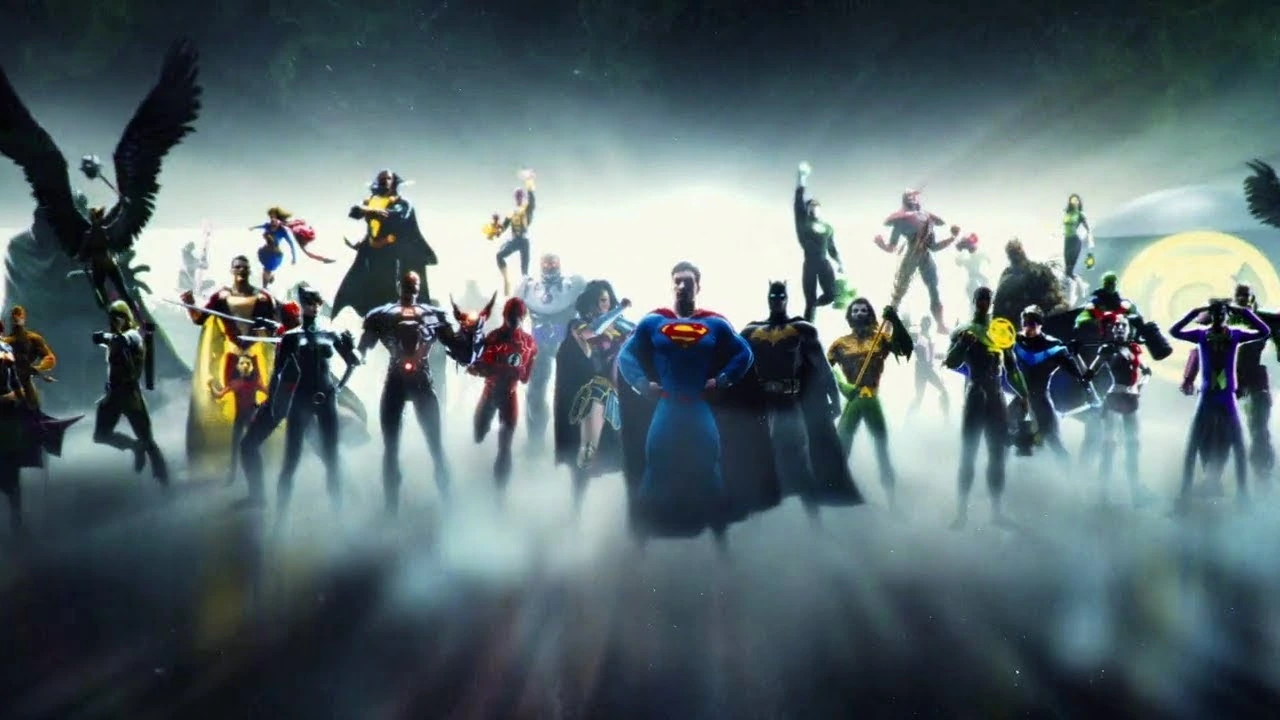 Let’s face it, DC and and Warner Bros. severely dropped the ball with their DC Extended Universe (DCEU). But new management/leadership under Warner Bros. Discovery claim to be correcting the course of DC movie properties. Here’s a few tips they might do well to consider for a successful run of what we could call the DC Cinematic Universe (DCCU):

The seven Justice League members as we best know them! Picture credit to community.dcuniverseinfinite.com

Slow down, scarlet speedster! There is ZERO need or desire to rush the DC Cinematic Universe! Part of why Warner Bros. failed its first run at this is because it didn’t take time to develop its franchise… The Justice League characters… Their stories!

Try telling each League member’s story first and lead up to a JL crossover movie. Before their ensemble piece, really flesh out the seven League characters so we can know who they are and what they’re about. It worked for the Marvel Cinematic Universe (MCU)!

One name: Hal Jordan… He is the name which comes to many minds because he is the best of the GL Corps! Nothing at all against John Stewart, Guy Gardner, or Kyle Rayner; but they flow as characters who came into the game after Hal for one reason or another.

Start with heroic Hal; get us to see why he’s the best GL with the strongest will! Find ways to introduce John and Guy as support at first; then let them (definitely John) earn their spot as a unique GL worthy of a solo film. Dare to have Hal face the Emerald Twilight arc and become the villain for a new GL (Kyle Rayner) to prove himself against. Many of us loved John in the Justice League cartoons, but Hal is a shining emerald in the DC crown; USE HIM!

In Zack Snyder’s Justice League (2021), the JL and their world are dark and dismal! Warner Bros. Discovery could change that! Picture credit to vox.com

Never, ever give Zack Snyder control of DC properties again. For that matter, don’t give it to anyone within a similar visual art style to his: ashen and dark, lifeless colors suggesting no light, color, joy, or hope. DCEU failed because DC at its best doesn’t attempt at making everything seem dour and grey like Batman’s world. Bring on the brightness (sooo not a cue for lens flares)!

The Flash can be a colorful comedy story with a bit of seriousness easily; his arch-enemy Reverse Flash makes it possible. Wonder Woman (2017) showed some color and heroism; then the sequel was a sketchy, kinda depressing mess. Aquaman and Batman were about the only characters Warner Bros. got right! Cyborg they treated like an afterthought. Superman-… Well, we’ll discuss him later.

Hear me out… Who says the Martian race has to have a biological sex? Sure, it’s been done that way before many times. But in this time of trying to give representation to more than the white/cisgender fans who love this stuff just as much, here’s a golden opportunity! Make J’onn J’onzz genderless and green. It won’t harm one bit of the Martian’s story; just make a few changes not that dissimilar from changing Aquaman with Jason Momoa.

Why be a colorful symbol of hope, peace, and justice when you can be a dull, brooding demigod people want to reach out and touch? Pictures credit to syfy.com (left) and omelete.com (right)

Stop trying to make Superman like Batman! He’s not a dark, brooding, gloomy moper cursed by his own existence. He’s just a man who happens to have godlike power and decides to use it to offer help, hope, and build bridges wherever he can. In the DCEU, he’s hailed as an inspiration just because he looks like a god overlooking the people he helps. He almost never smiles, nor offers words of comfort. This doesn’t work; that is not Superman!

Yes lots of fans (and non-fans) sneer that he isn’t relatable, has no real problems, can’t feel things like we do, and so-on. Then these nay-sayers rush for the next anti-hero willing to kill the bad guys. Because that’s what real heroes do in their eyes. This attitude may seem a selling point, but you’ll find more people want light and hope than dark and depressing. Zack Snyder entertained the claim Superman is the “jewel in the DC crown“; treat him that way, Warner Bros. Discovery!

In production pics, we get color… But only there! Picture credit to thedirect.com

DC and Warner Bros. Discovery can start over from their failed first attempt at a cinematic universe! They need to get in touch with what DC properties — especially the seven Justice League Members — are about and why they worked this long. The dark and gritty “realism” approach strangled what DC characters they brought out to play… Warner Bros. Discovery should dare to make DC movies colorful and alive if they want to compete with Marvel!

What else would you tell DC and Warner Bros. Discovery they need for a successful cinematic universe? Comment below! Check out this Geek News Now article on why “Batfleck” deserves another movie! Also, subscribe to Geek News Now and give its Facebook page a like!