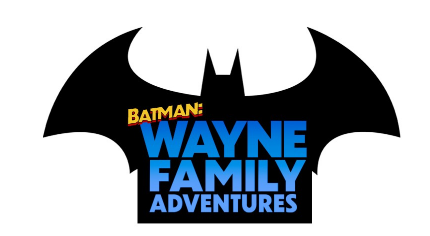 The Webtoon that was needed

There is a lot to be said for the leader of the dynamic duo. Batman, the protector of Gotham nights, the world’s greatest detective, the Dark Knight, the Caped Crusader. But what about his down time? Batman: Wayne Family Adventures answers the question: what does the bat-family do in their down time in between patrols?

With all the elusive hijinks that Bruce Wayne, Dick Grayson/Nightwing, Barbara Gordon/Oracle, Jason Todd/Red Hood, Tim Drake/Red Robin, Stephanie Brown/Spoiler, Cassandra Cain/Orphan, Damien Wayne/Robin, Duke Thomas/Signal, and Alfred Pennyworth, we as fans get to see this ragtag bunch of wards being brought together as a family as one never thought possible. They are all supportive of each other and they all live in the Wayne manor showing that the Dark Knight can have a calm and caring side towards his numerous sidekicks. This family is shown to be a unique opportunity to see what the inside of the family that protects Gotham is really like behind closed doors.

There are plenty of cameos, Superman, Harley Quinn, Green Lantern, Flash and Catwoman to name a few. This webtoon pays plenty of homage and respect toward the DC property, Always on the lighter side of course as this toon is supposed to be for those that have a vague perception of who Batman is without all the nitty gritty of what he does.

The adventures are targeted toward the more adult audiences as it shows off particularly chaotic issues of racism, classism, young love, and death. All with the proper respect that it deserves. This is the bat-family after all and no family grows up better than one that faces such problems together. But it all comes back to leaning on each other to show that you can conquer the world, or at least dress up in a Halloween costume and fight criminals.

The webtoon was recognized to be strong enough for a live action, fan made episodes characterizing some of the more noteworthy exploits of the Wayne family. We watch these with relative ease realizing that this is what it means to be a fan. To take your idea for a beloved character and run with it until the world can recognize your commitment. Without the back of DC, who knows how far this idea would or wouldn’t have spread.

This has been a wild and crazy ride for the past year and as the season closes one has to wonder what the next year will bring? For the Family of the Dark I can say that my weeks will have one less thing to look forward to. But still I will wonder: who got the last cookie.

If this post was of interest to you you can read all of the webtoon here: