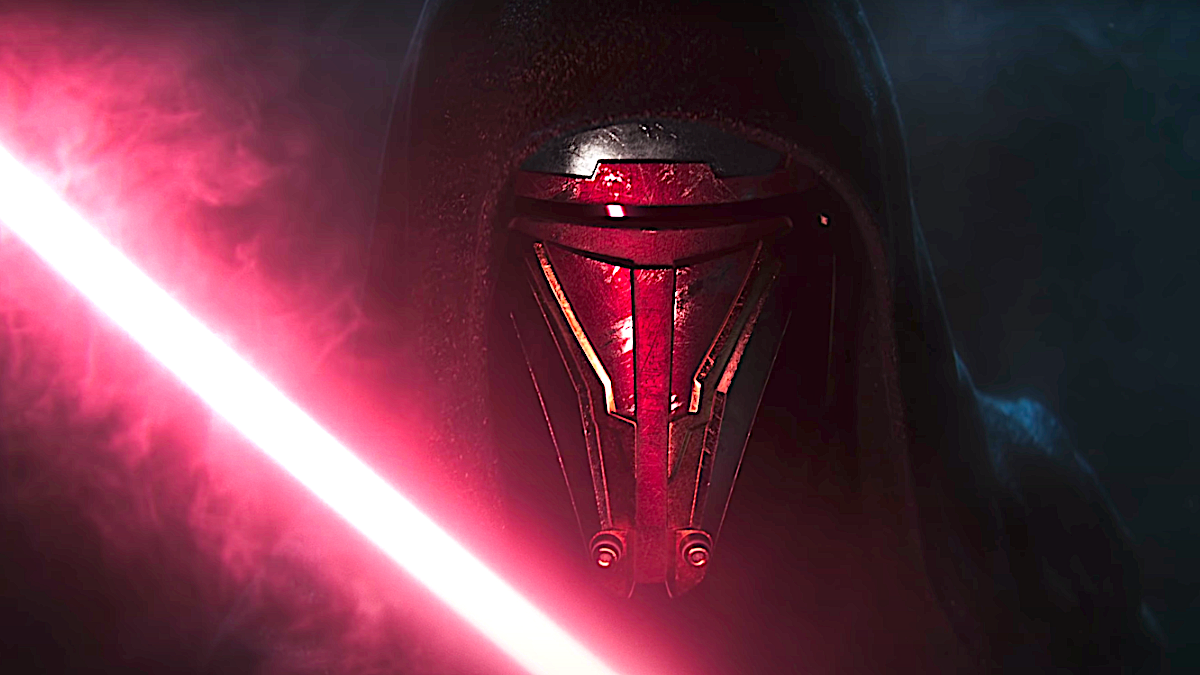 Much like the Second Death Star, completion of the KOTOR remake is behind schedule. And not even threats of the Emperor showing up will likely change that. Earlier today Bloomberg journalist Jason Schreier broke the news that development on the much anticipated Star Wars videogame remake was put on pause. According to his piece there were a few key position holders that were let go from the project:

“Star Wars Knights of the Old Republic, a remake of a 2003 role-playing game, is delayed indefinitely as developers at Austin, Texas-based Aspyr Media try to figure out what comes next. Aspyr also abruptly fired the game’s art director and design director this month. In a series of meetings throughout July, Aspyr’s two studio heads told employees that the project is on pause and that the company will look for new contracts and development opportunities, said the people, who were not authorized to speak publicly about the situation.” – Jason Schreier

He then goes on to write:

“Aspyr’s studio heads told staff that the vertical slice wasn’t where they wanted it to be and that the project would be paused, according to two people who were in the meeting. One person familiar with the discussions suggested that a disproportionate amount of time and money had gone into the demo and that the project’s current course wasn’t sustainable. Another point of contention may be the timeline. At the outset of development, Aspyr told staff and partners it would release the game by the end of 2022, according to two people familiar with production. Developers said a more realistic target now would be 2025.”

“I hope so, Aspyr, for your sake. The gamers aren’t as forgiving as I am.”

This is highly upsetting news, especially for those of us who were greatly anticipating this game. But frankly it isn’t the most surprising news I’ve heard this week. Aspyr is the studio that is (or maybe now I should say “was”) spearheading the game. They are a bit unproven in this regard. They have, until this point, been widely known for porting other Star Wars games to mobile devices and the Nintendo Switch. In fact, they even did a port of the original KOTOR for the Switch which is currently having issues with bugs. It is likely that their parent company, Embracer Group, didn’t realize how much of a massive task this remake would be for the small studio.

With the delay of Star Wars: Hunters, the uncertain future of Star Wars: Eclipse, and now this? Maybe the Star Wars license has some kind of curse on it? Did Kathleen Kennedy or George Lucas disturb a cursed relic? Maybe things were not so grim under the exclusive stewardship of Electronic Arts? Nah, that’s crazy talk. Plenty of Star Wars games were scrapped back then as well. I would suggest giving the remake back to developer Bioware since they created the original game. Bioware, however, is busy working on new entries in their flagship franchises: Dragon Age and Mass Effect. All we can hope for, at this juncture, is that in 2025 Aspyr delivers a world-class KOTOR remake.

Darth Revan, as he appears in the announcement trailer for KOTOR remake.

What are your thoughts? Should the game be scrapped altogether, leave the masterpiece untouched? Or perhaps another studio worthy of this great endeavor be put in charge of the game? Sound off in the comments. I would just give the game to the developers at Obsidian personally. Sure they are busy with the Outer Worlds sequel, but they gave us KOTOR 2. That should count for something. Only issue there is that they are an Xbox studio now. That would be a conflict of interests for the proposed PS5 exclusive. Maybe Aspyr will pull it together. I am honestly very upset about this. As someone who bought a PS5 early on, this was my most anticipated exclusive for it. Now that there is even a small chance we never get it, I am in shambles. But like Jyn Erso, I am all about building hope.

For all things geeky make sure to subscribe to GeekNewsNow! Check out “My Star Wars Show”, a podcast/YouTube show I do bi-weekly with my cohost where we discuss the many aspect of the Star Wars IP. Also check out GeekNewsNow’s socials. Follow us on Facebook and Twitter!