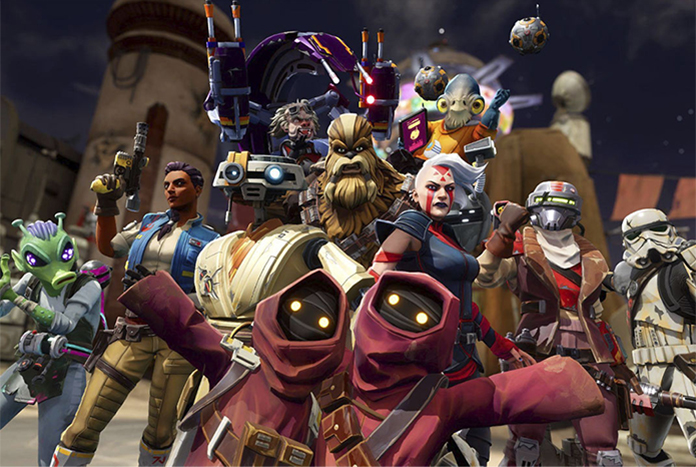 In a strategic move that is par for the course in 2022 Zynga has delayed the official release of Star Wars: Hunters to 2023.

For those of you who have forgotten (and you would be forgiven for forgetting at this point) Star Wars: Hunters is a Hero/Arena Shooter (In a similar vein to that of Overwatch or Apex Legends) where players can play as several characters who have pre-assigned roles (tank, support, offense, etc.) in team-based matches centered around various objectives in a 4 vs. 4 format. The official press release from the game’s Twitter account states this:

We are working tirelessly to achieve our vision for Star Wars: Hunters. Our ambition is to create a competitive battle arena game that will entertain for years to come. To ensure we meet the high expectations we are setting for fans globally and ourselves as developers, we have made the decision to delay the worldwide launch of Star Wars: Hunters.

We invite all players to join us on Vespaara when Star Wars: Hunters launches in 2023 on Nintendo Switch, iOS, and Android devices.

We understand game delays are frustrating, however, our top priority is ensuring players will have the best possible experience in the Arena.

Ugnaughts riding droidekas, confused Jedi droids, and Jawas on top of each other’s shoulders are just examples of the types of characters you can play in the game.

This is the most recent title to get added to the growing pile of delayed games being pushed back to 2023. As the holiday/fall season approaches we are going to see more and more titles get delayed as the aftershocks of the pandemic start to catch up to game development.

In this particular case we know that Star Wars: Hunters has had a soft launch in some territories so far. It could be that more polish is needed on the game as it is launching on multiple platforms including mobile. For the most part responses to the announcement are supportive and understanding. One Twitter reply to the news read:

“Bummer […] oh well it is what it is, would rather have a polished game than something that is rushed. Sounds like you guys are making the right decision.” -Star Wars HQ

“I’m just happy we got an update on it. I’d rather it released finished than half bakes and rushed” – Bloco

All of this is leading to 2023 being one of the most game packed years on record. Hopefully we’ll get to duke it out in this Star Wars themed Arena/Hero Shooter in a polished state early next year.

The playable characters in the base game.

It’s a shame that it’s been delayed. As making videogames becomes more of a collaborative and complicated affair we will continue to see this occur. At the same time I think developers and publishers should be more reasonable with their announcements and release windows. I’d rather see a game be announced closer to release over a game being announced 2 years before it comes out.

What do you guys think about this delay? Agree with my opinion about announcements and releases being closer in proximity? Would you rather know about projects immediately? Have a completely different take in general? Sound off in the comment section! For more Star Wars opinions and hot-takes be sure to subscribe to GeekNewsNow. Check out my most recent Star Wars piece about the Disney+ shows that should be made. Also visit our Facebook page while you’re at it to stay updated.

Also check out “My Star Wars Show” where my co-host and I talk about Star Wars every other week. If you’re into everything gaming then check out my podcast, DuoSense. There we talk about the latest in gaming news, what we have been playing, and cap it all off with a videogame trivia quiz. Stay geeky out there folks.