Our Games Of The Year So Far! 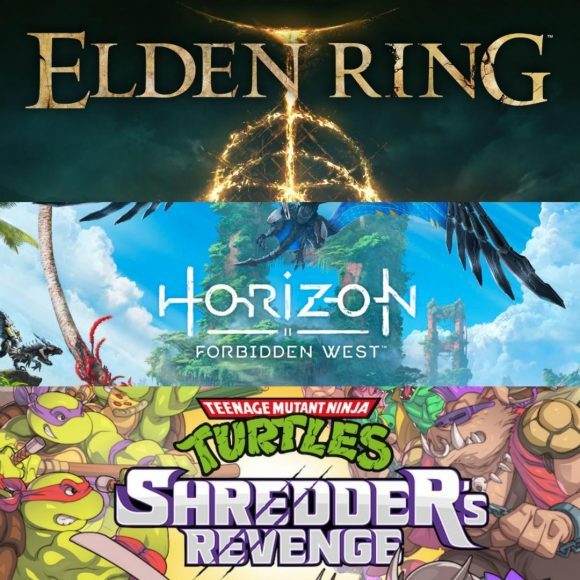 We’re a little past the halfway point of 2022 (I know, I think that was fast too) and we have seen many games get delayed to early next year. What was supposed to be a game-packed Fall season is now a little less so. Forspoken, Starfield, Pragmata, Redfall, Sea Of Stars, etc. were originally slated for 2022 before getting hit with various factors that have caused them to be pushed to 2023.

This leads me to ask the question: “What is the Game Of The Year so far?”. Over at the GNN Greats Facebook page I posed this question and got several answers from our community! Let’s get a quick pulse check.

Current Game Of The Year

Our newest Rockstar writer on the GeekNewsNow staff, John Ambrose, shared with me that MLB 2022 is his current Game Of The Year:

“They sped up the process in “The Road to the Show” mode, Stadium Creator runs smoother, and is a lot more fan friendly. Real time roster updates are executed faster. Online play is smoother, the glitches that came last year with cross platform play have been addressed, and cross platform competition runs a lot better.” – John Ambrose

Similarly our newest writing intern, Diamond Taylor, shared that Elden Ring is her current Game Of The Year. What she loves about it is:

“…How unforgiving it is. Each location is beautiful and yet creepy too. And the numerous endings depending on how the game is played.” – Diamond Taylor

Our video guy, Cam from the “Cam In Focus” series echoed a similar thought:

“Elden Ring so far, but to be fair it’s mostly because I haven’t played Forbidden West yet”.

A lot of gamers who polled in our community mentioned Elden Ring as their favorite game of the year so far. I’m still about halfway through myself. But others have echoed my choice in GOTY, and that’s Horizon 2 Forbidden West. I truly think Forbidden West is an exemplary game and a shining example of what a 1st Party Playstation Studios game should be.

My 2nd? Well that would be TMNT Shredder’s Revenge. Shredder’s Revenge is a master class in what a side-scrolling beat ’em up should feel like and play like. Our resident GNN Writer, David Furr, responded with a simple gif from Lego Star Wars: The Skywalker Saga as his choice.

What traditionally happens with gaming now is that the big releases tend to slow down or stop during the summer. Sure you” have your big trade shows and gaming conferences showcasing new titles and announcements, but almost all of that is geared as advertisements for heavy hitters during the holiday/shopping season. We still have God of War: Ragnarok which will shake up many gamer’s GOTY lists.  Digimon Survive and Xenoblade Chronicles 3 come out later this month on the same day and I am excited about both of them!

For the big Nintendo players out there Bayonetta 3 will be here before we know it. Pokémon Scarlet and Violet will of course do crazy big sales numbers, as mainline Pokémon games always do. Horror fans will be spoiled with The Callisto Protocol this fall as well. Callisto is gearing up to be a fantastically gory game! A Plague Tale: Requiem and Gotham Knights will round out the fall lineup along with the much-anticipated Call of Duty Modern Warfare 2.

My prediction? I think God Of War Ragnarok will get the most accolades and nominees. Judges tend to forget, or downplay, the games that come out earlier in the year; recency bias is very much a factor in these conversations. But Modern Warfare 2 will have the most copies sold this year (or possibly Elden Ring). The hype and marketing around MW2 is just unreal.

Modern Warfare 2 is going to be big. Many fans are excited about this game, even more than they are for usual annual releases. The original Modern Warfare 2 (2009) was a cultural hit, expect that to be a factor for this game’s sales.

2023 is still a ways off, and will possibly be the strongest year for games in years. But this year, right now, isn’t too shabby. This is the best time to clear out your gaming backlog before the Fall heavyweights hit, my fellow gamers. What about you guys? What are your current Games of the Year for 2022 so far? Felt we snubbed your game? Sound off in the comment section!

Check out our gaming coverage on GeekNewsNow and stay up to date with everything we cover by following our Facebook page. If you are into gaming coverage be sure to check out my weekly gaming news podcast, DuoSense Podcast. As always, stay geeky everyone.

In this article:Elden Ring, Game of the Year, GOTY, Horizon, Shredder's Revenge

I think I speak for everyone when I say “Thank God this year is over”. 2020 was a horrible year in just about every...