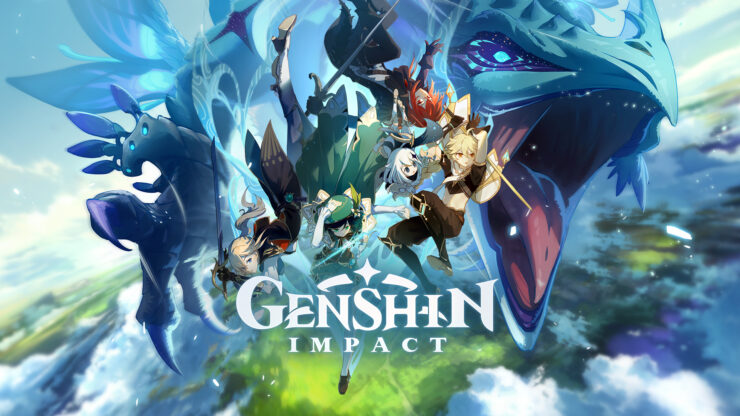 The official Genshin Impact 2.8 update is here! Old friends and new faces make their way back onto Hoyoverse’s hottest game for the summer. With the return of the Archipelago from Klee’s adventure, a new character also introduced themselves to the game’s player roster.

With 2.8 now released as of July 12th, let’s take a look at everything Hoyoverse has in store for us. Keep in mind, we will not be discussing anything involved with Sumeru (Dendro continent), as that will be discussed in a later post. With that out of the way, let’s get started.

With the release of Genshin Impact’s 2.8 update, a brand new Anemo character appeared. Enter Inazuman Detective Shikanoin Heizou. As the Tenryou Commission’s ace detective, he seeks the truth in even the hardest of cases. When asked about, Kamisato Ayaka speaks admirably about him. She goes on to state that he seems more “principled” than others within the Commission. Even more so than Kujou Sara, herself.

Secondly, Kano Nana, one of Genshin’s important NPC’s, is Heizou’s distant cousin. Although the two grew apart, Nana recieved word that Heizou became a detective. She seems to respects the position, but also mentioned he often gets himself in tricky situations.

What really makes Heizou unique, aside from other Anemo users, is his fighting technique. His weapon being a Catalyst, he managed to infuse Anemo into his attacks, making his Martial Arts skills stronger ten-fold. Although he stands as a 4-star character, Heizou can be very useful for a well-built Genshin team.

Another exciting feature added to Genshin Impact’s 2.8 update is the return of the Golden Apple Archipelago. Word reached a specific group of explorers that the Archipelago has returned. However, things are a bit different this time. Instead of the islands surrounded by a mysterious fog, random structures have appeared throughout the rocky exteriors.

In addition, the Traveler (that’s you) will also be accompanied by Kazuha, Mona, Xinyan, and Fischl. While each character presented is there for a specific reason, this opens the chance to explore specific domains and new challenges scattered throughout the islands.

Another exciting addition added to the updated Archipelago is the Multiplayer mini-games. Here, players can select up to three game modes involving the Waverider and Glider:

Diluc (Left) and Fischl (Right) in their new 2.8 outfits. Image from clutchpoints.com

Outside the Archipelago, a gentleman will allow you to partake in a puzzle game called Evermotion Mechanical Painting. Here, players can solve puzzles in order to recieve new furnishings for their Serenitea Pot.

With so many new things coming to Genshin Impact, one can only wonder what’s in store when Semeru launches.

And, that’s everything involved with the current 2.8 update. If you’re enjoying your time with Hoyoverse’s RPG, be sure to share your experiences in the comments below. Also, come check out our Facebook page, as we keep our viewers up-to-date on the latest happenings. Here’s to another exciting adventure from the world of Teyvat! I know i’ll be looking forward to it, as well.