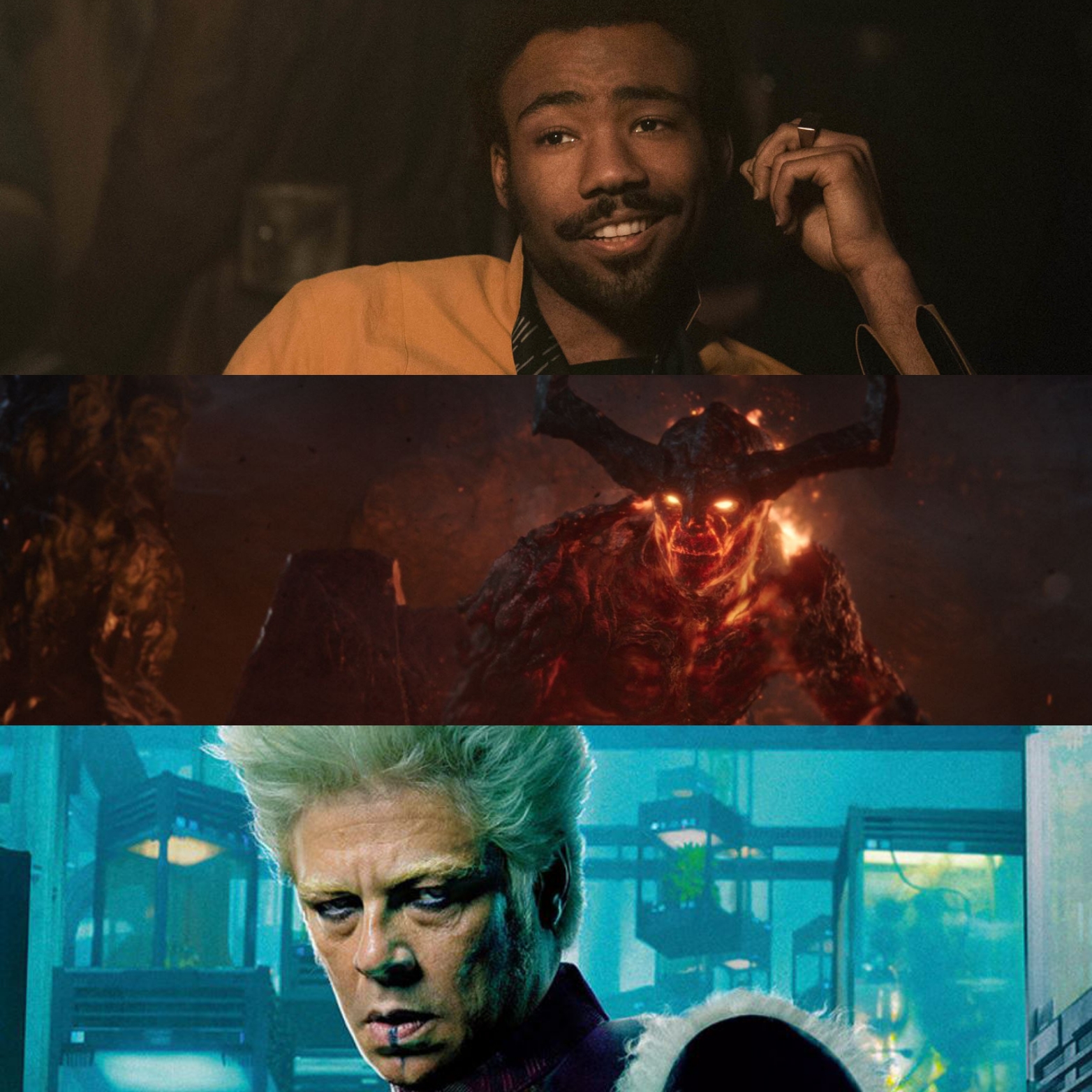 A sizable portion of us grew up wanting to become actors because of Star Wars or possibly even Marvel projects like Spider-Man and the X-Men. Some are lucky to ever become successful actors, let alone star in one of the two major film franchises. An even smaller and luckier group are fortunate enough to show up in both! Now of course everyone knows Samuel Jackson as the obvious frontrunner of this group; being Nick Fury and Mace Windu who are two of the biggest bad asses in their respective works. Natalie Portman portrayed Padme Amidala as well as Jane Foster (and became Mighty Thor last week). But what about some of the lesser known actors who can lay claim to this feat?

Donald Glover was, arguably, the best part of Solo: A Star Wars Story. He portrayed a younger Lando Calrissian and stole the scene anytime he was on screen. Through the film we find out how this hardcore gambler came to lose the Millenium Falcon to Han Solo and funded many of his ambitious monetary endeavors on games of “chance”. Those of you with brains like elephants will also remember that he makes a small appearance in Spider-Man Homecoming as a streetwise informer who grills Spidey on being bad at interrogations. Through a phone call he makes we realize that he is actually portraying Miles Morales’ uncle Aaron, A.K.A. a future master thief known as Prowler! The young actor is known for his well-received work as a musical artist and his future continues to look bright!

Our favorite Danish (well mine is a blueberry-cream cheese danish, but we’re talking about actors here), Mads Mikkelsen, is one of the few to have the privilege to show up in Marvel and Star Wars. He is featured prominently as Galen Erso in Rogue One: A Star Wars Story, one of the big minds behind the Death Star project and it’s final design (which he willfully designs a flaw into). In the MCU he is the main antagonist of Doctor Strange in his debut film as the dark sorcerer Kaecilius. Neither film has a happy ending for him, but nevertheless he does a wonderful job in both films. My favorite performance of his? Le Chiffre in the 007 film Casino Royale.

Benicio has made a come up in the last few years (although I always confuse him with Guillermo Del Toro) after years of grinding in smaller art films. Eagle-eyed observers will recognize him as The Collector, a black market dealer who loves collecting rare items and trinkets in the MCU. After the events of Thor: The Dark World he comes into possession of the Aether (a.k.a. The Reality Stone). To Star Wars fans, Del Toro is better known as the unreliable and “fake” code breaker, DJ. His motivations are clearly monetary and he has no stakes in helping the Resistance or The First Order as he sees them as equally corrupt sides of the same coin. Personally I really like both of those portrayals, but his best, in my opinion, is as Alejandro from both Sicario films!

The best part of Netflix’s (Disney+ now) Iron Fist series wasn’t even the main character Danny Rand (The titular Iron Fist) but Chenwick’s portrayal as Colleen Wing. Henwick acted circles around Finn Jones (Danny Rand) and her martial arts abilities on screen were fantastic! She also appears as an X-Wing pilot, Jessika Pava, throughout Star Wars: The Force Awakens in Poe’s Black Squadron. She was in the final rounds of being cast as Rey in The Force Awakens but that role ultimately went to Daisy Ridley. In an interview with the Hollywood Reporter she said:

“I was auditioning for a different character, actually, so I spent six months auditioning for that character. And then, at the end, J.J. said, “I want you to be in the film, but I want to write a character for you.” That’s how Jess Pava was created.”

Although that is her only film appearance she does reprise that role in Lego Star Wars: The Skywalker Saga as the voice of her character.

Clancy Brown has had an impressive acting career that covers just about every form of media. From videogames to movies to cartoons, you name it and he has done it! In Star Wars: The Clone Wars series he voices Savage Opress, Darth Maul’s brother who he rejoins with and form a new Sith dyad. As for his Marvel appearances, Brown has voiced many different characters. In Hulk and the Agents of S.M.A.S.H. he voiced Red Hulk / Thunderbolt Ross, Black Bolt, and even The Watcher. But as for his mainline MCU appearance, he voiced Surtur in Thor: Ragnarok. For me, however, he will always be Mr. Krabs from Spongebob Squarepants.

There are of course many other actors who have made appearances in both franchises in some way (mainly voice actors) but this is by no means an exhaustive list. Do you know of someone we didn’t mention who fits the bill? Sound off in the comments section and we’ll respond. For other Star Wars related pieces be sure to check out my piece on “Which Star Wars Race Are You?” and “Which Star Wars Film Needs a Snyder Cut”. For all things geeky (lists, articles, news, reviews, opinion pieces, etc.) make sure to follow GeekNewsNow. Stay geeky out there!