Remakes! The Top Six Movies That Should And Shouldn't Be Remade Today! 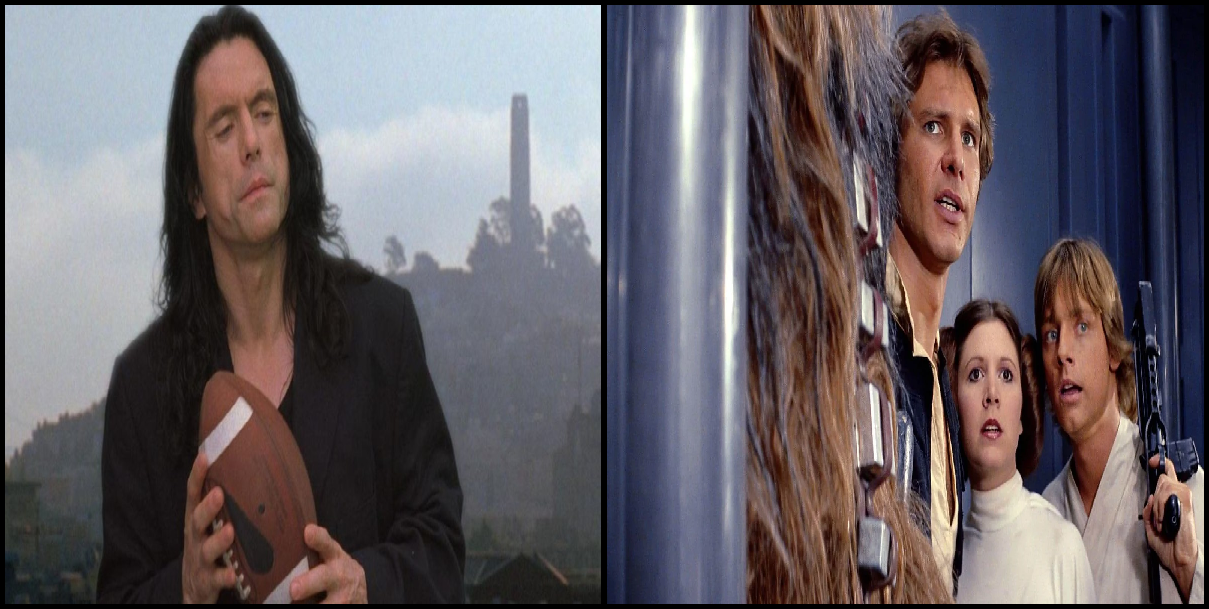 There are three terrible things in the world: food poisoning, high gas prices, and remakes. So many good movies do not need remakes; and some movies could stand another shot to tell a better story. Here are the top six movies which should and shouldn’t be remade!

All you gotta do is find a realistic (but still light-hearted) way to tell an adventure story about two Brooklyn-ite plumber brothers in colorful outfits warping into the Mushroom Kingdom and navigating blocks, power-ups, and baddies (including a certain large Koopa king) to rescue a princess. Simple!

In reality, it is next to impossible to tell a live-action version of Super Mario Bros. story. The silly video games wouldn’t make sense in a real world setting. What we got with this movie was an origin of the brothers’ adventures tied with concepts not linked to the source material: dinosaur-to-human evolution, giant Goombas, and more.

The Original Trilogy of Star Wars! Picture credit to screenrant.com

The story of one hero’s growth from inexperienced fish-out-of-water into a hero willing to stand true for what he believed in (or die trying)! All while his friends and other support chipped in playing their parts and the villains were delightfully villain-y! And to a set of amazing special effects and the beautiful score-work of legendary John Williams… It’s magic!

Remaking this trilogy leads to another soulless cash-grab of Lucasfilm (and its master: Disney) where the lessons and heart and morals would be scrapped to provide a lot of filler and eye candy for the latest SW toy.

It wasn’t Ronald Reagan or Rocky Balboa who tore down the Iron Curtain in the 1980s; it was action movies which played off of America’s Cold War fears! Movies like No Retreat, No Surrender in which aspiring martial artist (and mega Bruce Lee fan) Jason Stillwell (Kurt McKinney) faces Russian adversary Ivan Krachinsky (Jean-Claude Van Damme).

But at this movie’s heart is a story about a teenager who struggles to find himself with a particular hero in mind while things stack against him. Tell the story now with Jason going on a formative journey within himself to grow and mature in life and in martial arts. The only problem is this story’s already been done… Can we say “wax on, wax off”?

The movie for all the “weirdoes” and outcasts of society since 1975! The only thing you could do remaking this is get new actors paying occasional homages to the original movie and lose (eventually forgetting) the original’s very charm! The Fox channel tried to recreate this movie’s magic with a made-for-TV version and — to borrow/paraphrase Mel Brooks in History of the World Part I (1981) — it stunk on ice! The original is just odd, campy, and fun enough to make it unique…

After all, only public safety measures from the Covid-19 pandemic could stop this movie from its tradition of midnight showings after all these years!

Tony “The Pumaman” Farms (left) beside his sidekick and guide Vadinho (right)! Picture credit to justwatch.com

We’ll see this remade when pumas can fly! Oh wait, in the original version, apparently they can! That is, the bearer of Pumaman powers can; and he soars (butt in the air) into campy adventure. The blue screen effects are terrible and obvious, the story is nonsensical (alien mind-control tech, puma-based alien powers, and more), and the acting is bland. All this bizarre tale really needs is new eyes delivering a fresh take.

Take this tale and remake it to make sense! No flying Pumaman; make him as fast, agile, and strong as a puma and perhaps able to shapeshift into a puma when he touches his spiritual powers tapping into a puma-based Aztec religion!

Hear me out… because I know this one is a true stinker of a movie! The whole story is so uniquely terrible, the acting so atrocious, that it is something one has to see and experience to believe! Besides, you really can’t improve upon its depiction of romance, betrayal, guys hanging out together, and how awkwardly it can all be done.

Things that are better than remakes of good movies: dental surgery and traffic jams. Things that are better than remakes of bad movies: original movies with original concepts that add up. Good remakes are very few; mostly we spend time remaking good movies which already speak volumes and have a timeless quality. Enough! But if a remake must happen, let it be of bad movies with fresh, new eyes.