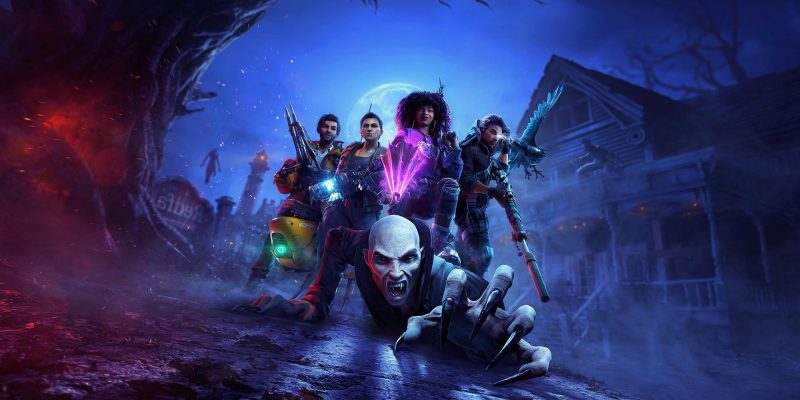 Buffy the Vampire Slayer isn’t the only one out there hunting the paranormal. Others like the Winchesters, the Witcher, and many more dedicated their lives protecting humanity from all things supernatural. However, what if you, yes you, were to partake in such an activity? Imagine: Isolated from the outside world with nothing more than a few friends, tools, and skills beside you. Surrounded by seemingly endless waves of ghouls and monsters, with no chance to escape, and you’re only option: Survive.

With Redfall, that’s exactly what you can experience. On June 12th, Bethesda launched a trailer showcasing their latest game. Today, we’ll be going over the upcoming open-world, vampire slayer game developed by Arkane Studios.

On June 13, 2021, Bethesda announced Redfall at their B&X E3 2021 showcase. The game is set in the open-world island town of Redfall, Massachusetts. After a failed experiment, a legion of blood-hungry vampires invaded and isolated the town from the outside world. So, with no way to call for help, a small group of ragtag heroes team up to destroy the legion once and for all.

Can they survive, or will the end for their quaint island draw near?

Players can choose up to one-of-four playable characters;

Together, this rag-tag group of survivors do whatever it takes to survive. However, with so many personalities to work with, hopefully they have what it takes to make it out of Redfall alive.

Redfall is developed by Arkane Studios. The company is responsible for other games such as Dishonored and Wolfenstein. In addition, Bethesda Softworks will work as the publisher. The company’s Co-Creative Director, Ricardo Bare, stated Redfall will continue Arkane’s tradition of world-building and in-game mechanics.

Although the game anticipated a September release, the company announced, on May 12th, Redfall will release in early 2023. Here’s to another exciting survival game. Be sure to share your opinion in the comments below, and tell us what you think of Redfall. Also, be sure to check out our Facebook page, as we keep our viewers up-to-date on the latest happenings.

Happy hunting everyone, and as always, Stay Geeky!

In this article:Arkane, Bethesda, Open-World, Redfall

Why Now Is The Right Time To Return To Fallout 76

When it comes to terrible launches for videogames in recent years, Cyberpunk 2077 takes the cake (With the possible exception of No Man’s Sky,...