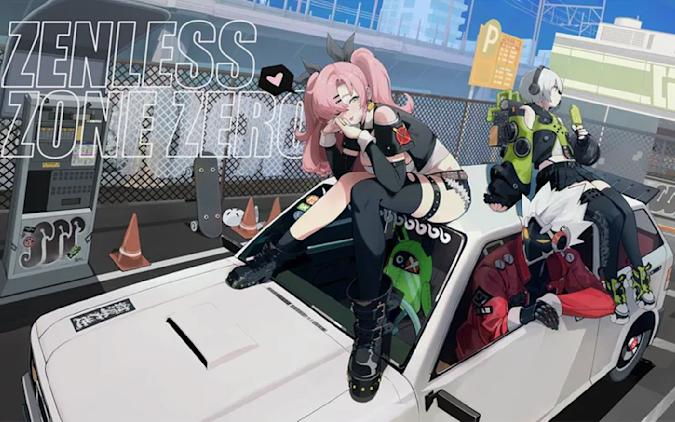 Hoyoverse announced, on May 13th, their newest project: Zenless Zone Zero. The China-based company developed the game, marking it as their third 3D action-adventure RPG. While the official trailer showcased the game, not much was revealed.

So, here at Geek News Now, we’ll be going over what we know so far about Zenless Zone Zero, and how this futuristic game holds up to the likes of Genshin Impact.

Metropolis of the Future:

Zenless Zone Zero (ZZZ for short) takes place in a post-apocalyptic city named New Eridu. Entities known as Ethereals arrived to the real world through portals called Hollows. After wiping out most of humanity, a select group of indivuals fight back using the Ethereals’ technology against them.

As a Proxy, your job is to recruit more survivors, and have them aid you in the battle against the Ethereals. By obtaining new members, players can use a combination of their choosing in order to gain the upper hand in combat.

Ethereal monster from a Hollow. Image from thegamelocus.com

As the name implies, Hollows are apocalyptic-level zones that appeared out of nowhere. They contain Ethereals, and even operate as negative zones. In other words, a black hole that leads to a pocket dimension.

Within these pocket dimensions, air is limited and corruption upon an individual may occur. Thankfully, there is a way out, as long as you can avoid the numerous enemies found within the Hollows. Just follow where the air is more breathable and you’ll be out in no time.

Within the world of New Eridu, locations dubbed ‘Houses’ introduced a variety of characters. These include:

Zenless Zone Zero revealed small details regarding gameplay. While appearing to have elements of Genshin Impact in terms of exploration, it more closely resembles its past successor, Honkai Impact 3rd. The combat system even showcased the original 1v1 style, albeit being able to target more than one enemy.  In addition, players will be using the variety of characters to traverse the Hollows, and recieve rewards along the way.

And, that’s the most of what we gathered. While the game is still under development, Hoyoverse stated it will be available for IOS and PC gaming sometime in the future. Right now, if you have a Hoyoverse account, you can sign up for the Tuning Test on the official website. Also, if you thoughts on Zenless Zone Zero, feel free to leave a comment down below, we’d love to hear your thoughts on the upcoming game.

Lastly, be sure to check out our Facebook page, as we keep our viewers up-to-date on the latest happenings. As always, Stay Geeky!