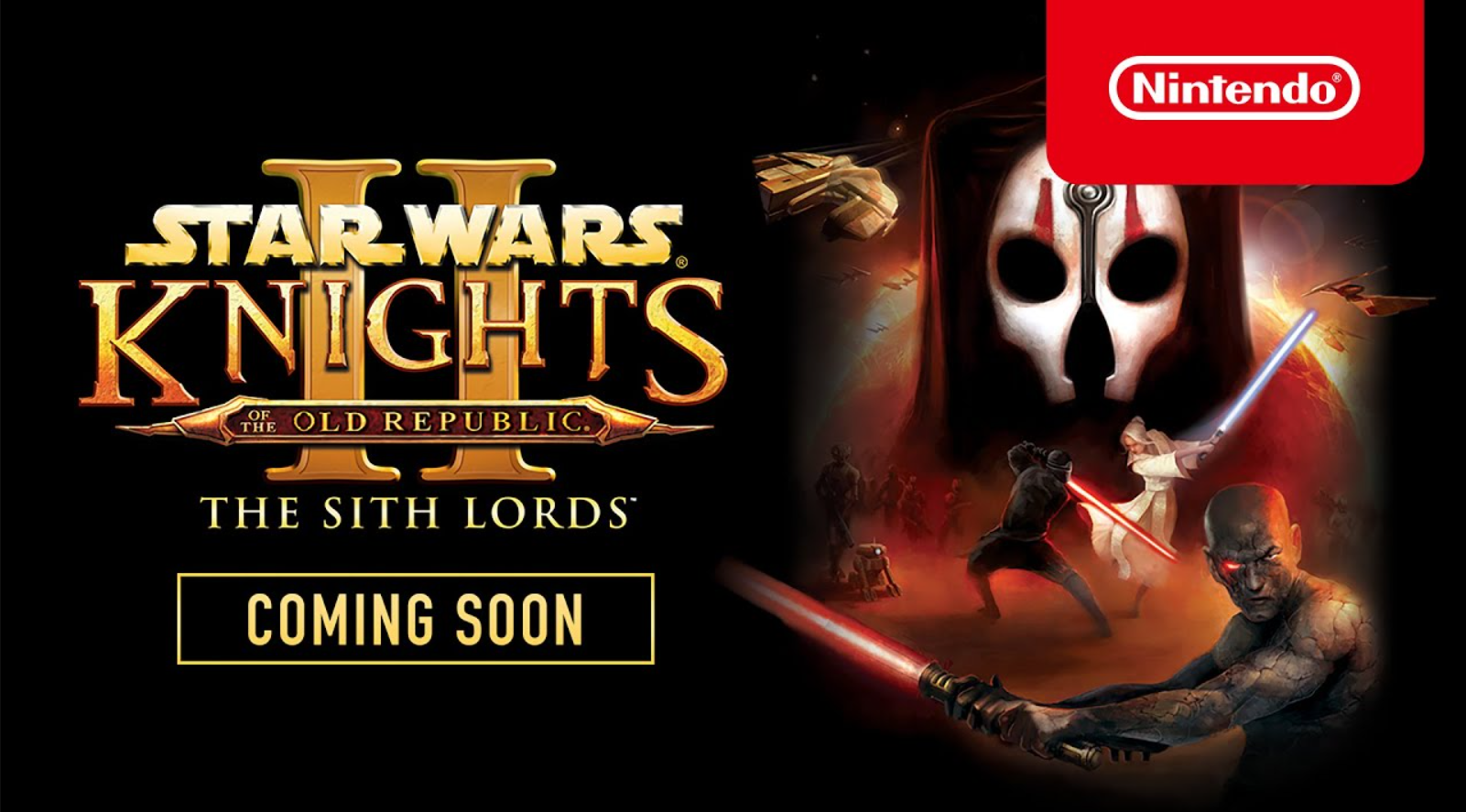 Star Wars: Knights of the Old Republic 2: The Sith Lords. Image from www.nintendo.com

“Star Wars: KOTOR II” is finally coming to the Nintendo Switch. On May 27, at Star Wars Celebration: Anaheim 2022, they announced that the sequel to “Star Wars: Knights of the Old Republic” is coming to the Nintendo Switch. Many fans who remember the 2004 rushed release will remember it as Obsidian Games’ undoing. The rushed product, the unfinishable quests, the lackluster graphics at times, left fans feeling cheated.

So Will Nintendo Right Those Wrongs?

According to the Starwars.com announcement page, it seems that they will be releasing the “Restored Content Mod” as some sort of patch after the release of the game on June 8.

When the disappointment of the original release hit shelves, many fans who loved the game, and wanted to see it improved, began making their own “Fan Mods” for PC version of the game. One of the most popular mods is still a fan-created “Restored Content Mod”. More information about this mod can be found on the Steam page for the game.

Essentially, some talented coders found unused elements in the code of the game, restored them, and created a patch that installs them into the software so that they are seamless elements in the gameplay.

It will be interesting to see how much is restored when Nintendo’s resources are involved in the setup, but I think it is reasonable to have high expectations.

Wait, Aren’t You A Star Wars Fan? Why The Hate?

I’ll tell you what my issues are. I originally purchased this game at full price for the original XBOX in 2004. As a massive fan of the first KOTOR game, I could not wait for a sequel. After all, Bioware was, and still is, a very talented game company. Imagine my disappointment at finding out that not only did another company make the sequel, but that I paid full price for an unfinished Star Wars game. If I had the PC version I could have waited a few months and began installing mods. Unfortunately no mods ever came available on the XBOX. Star Wars left me with an unfinished product.

In truth, I am very excited that Nintendo is finally releasing this game, but I have strong feelings about what they are going to do with it. The ability to influence the light side or dark side in your companions through your actions was revolutionary for its day. If they truly add in the cut content that Obsidian left out then I think this will be one of the best Star Wars game releases for the Nintendo Switch yet.

Check Below To See The Launch Trailer

Preorders for the game are available now for $15 on the Nintendo Switch Store.