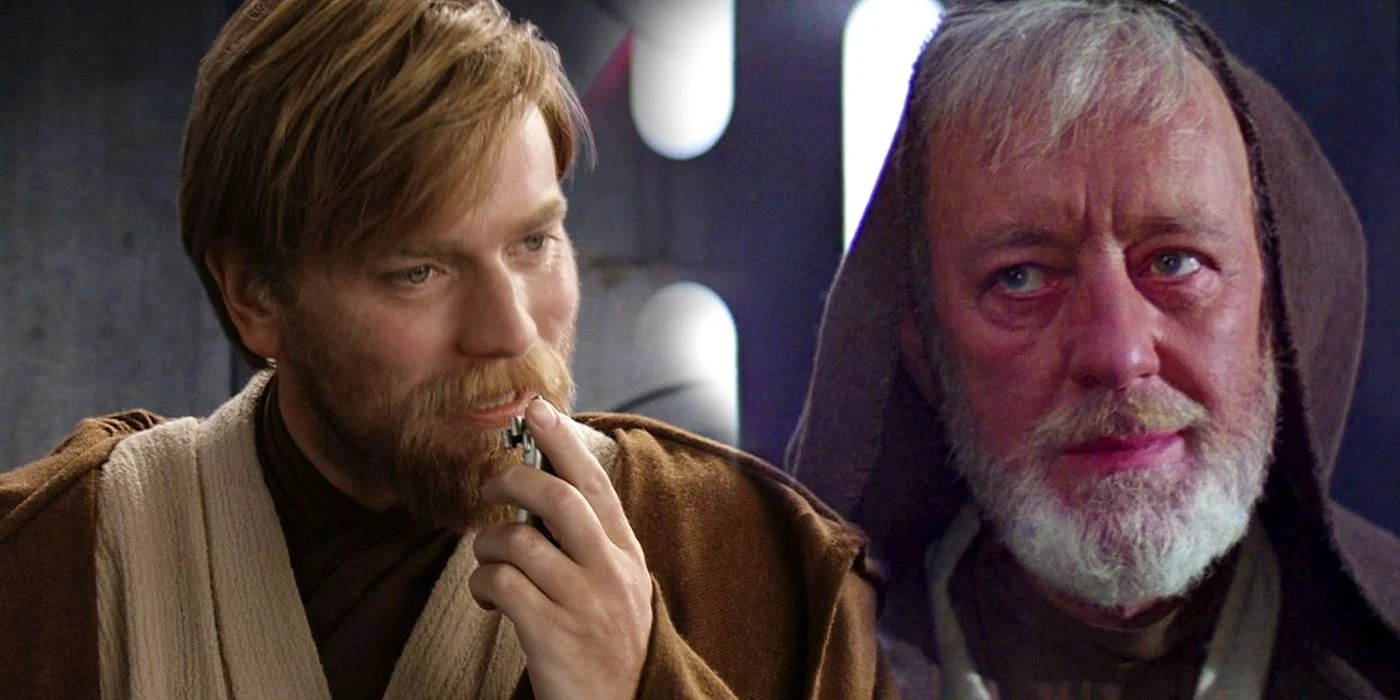 We know Obi-Wan Kenobi, but do we know the little, hardly spoken tidbits of trivia surrounding the Jedi Master? In time for the 45th anniversary of Star Wars: Episode IV – A New Hope (1977) — and the imminent premiere of the Disney+ streaming series Obi-Wan Kenobi (2022) on May 27th — take a look at the top five details of Obi-Wan Kenobi’s history!

Kenobi was born on the planet Stewjon to a wealthy family. He was then taken at an early age — three years old — by the Jedi to the planet Coruscant to undergo his training. But here’s the real kicker… The name Stewjon originated from when comedian and talk show host Jon Stewart posed the question of where Obi-Wan came from to George Lucas himself!

One would think not since Jedi of his time were forbidden attachments; but as has been pointed out in some circles, that doesn’t mean Jedi were barred from physical intimacy with others. A popular fan theory is that Kenobi did have at least one child; a son…

He had an emotional attachment to one Satine Kryze and fans speculate that Satine’s “nephew” Korkie Kryze — who bears quite a resemblance to Kenobi — could very well be the product of a union between the Jedi and the Duchess. This has never been proven, so we can’t call it a fact; but it’s also never been disproved… So the question hangs in the air!

4. What is Obi-Wan’s preferred lightsaber form?

Kenobi was a steady student of the Form III fighting style known as “Soresu”. This form focused on optimal defense with little movement involved. It’s been said that Kenobi was even a master at this form; but it wasn’t the style he originally worked with…

Just like his master Qui-Gon Jinn, Kenobi took to Form IV; aka “Ataru”. This style focused on the offensive with some acrobatics thrown in. Kenobi dropped this form for Soresu after seeing how open Ataru left the midsection of the torso as evidenced by the duel he and his master fought against Sith Lord Darth Maul.

Obi-Wan piloting a Jedi Starfighter when he must! Picture credit to insidethemagic.net

5. Was Obi-Wan afraid of flying?

Yes and no. Yes in that the Prequel Trilogy took care to point out his dislike of flying; this to humorous effect when compared to the impulsive — but highly skilled — pilot that was Kenobi’s apprentice, Anakin Skywalker.

But also no, and this was found in Kenobi’s past. There, the young Jedi was also a skilled pilot and skilled with machines; though not as much as Anakin would be. Kenobi even once had dreams of becoming a pilot! But somewhere along the way, along with Kenobi having matured as a person and as a Jedi, he developed a distaste for it and would fly when required.

The complete legend of Obi-Wan Kenobi is not yet told! Picture credit to thedigitalfix.com

There you have it! Details of Obi-Wan Kenobi’s history you’d have to search around for; and still so much to know! Here’s hoping we discover a few more facts about the Jedi Master in his new series: how he got his hut in the Jundland Wastes, or how he came to be known as “Ben” for instance! For 45 years we’ve had this exceptional Jedi in Star Wars myths and legends… May his story continue to entertain and inspire all would-be Jedi out there!

Got any other Obi-Wan facts? Comment below! Try your luck with the latest Geek News Now giveaway: One winner will take home a near 7-inch tall ARTFX Obi-Wan Kenobi statue, and the other will receive a 16-inch The Mandalorian candy bowl and a 12-inch “The Child” Funko pop (#369) bobblehead! Also, subscribe to Geek News Now and give its Facebook page a like!