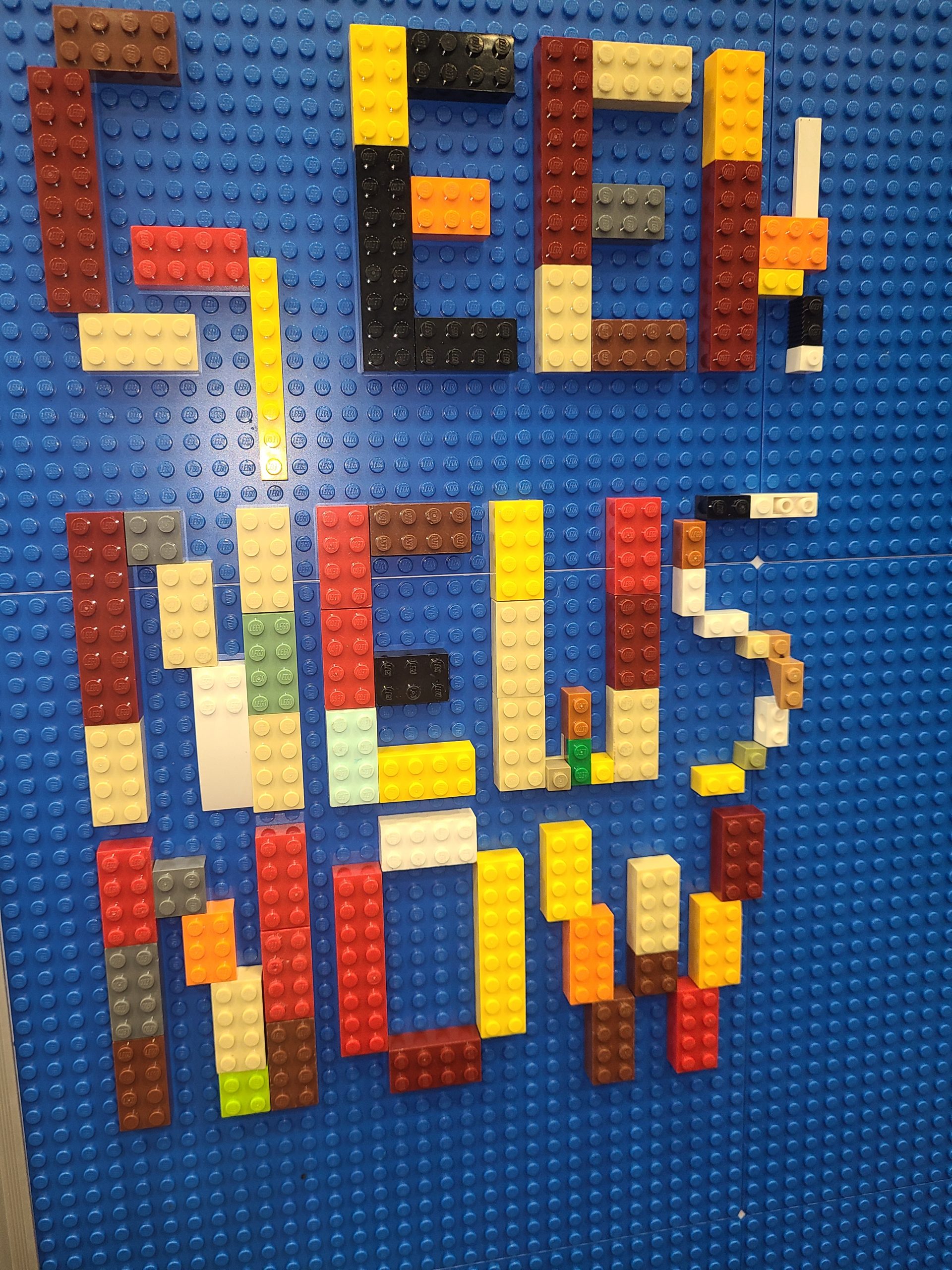 Brickfest 2022 landed in Dallas and it did not disappoint. From challenges to builds to  Brick Masters this show had it all. Builders from across the country Gathered in Dallas to show their skills.

The Brickfest stage show consisted of an immersive experience for the entire audience. There were trivia questions that used the Kahoot program so everyone with a smart device was able to participate. These were not your standard run of the mill Lego questions. You really had to know your stuff and know it quick. Questions such as “How many bricks would it take to stack to the moon?”. It would take 40 billion of course.

Now they were all multiple choice so at least there was a chance you could guess if you didn’t know the answers. There was also physical games such as stacking large Lego bricks as high as you can in a certain time limit and who ever has the highest tower wins. There was a demonstration by the Dallas Saber Guild where they told a story of a young padawan and her master while showing off light saber fighting skills.

Brickfest is a traveling show moving from city to city. At every event there is a pair of builders from the Emmy nominated TV show Lego Masters. The Dallas stop featured Manny and Nestor Garcia; a father son duo from season 1. These guys were amazing. They fielded question at a Q & A on the stage show asked by some of their younger fans. Between shows they met with the fans and signed autographs and took pictures as well as answering any questions that may have been asked. They were very personable and a great addition to the show

Lia is self proclaimed Lego and space nerd. She had a massive table with some of her builds displayed all dealing with NASA or space travel. Several of her builds have been displayed at various NASA locations including NASA space center in Houston, Texas.

She was also featured in an issue of Brick Journal, a magazine publication for Lego enthusiasts. I had the opportunity to meet her and chat for a little bit about her design processes. She told me that some of the models she makes take upwards of five months to complete from design to buying parts to building. She “uses detailed photos of the subject and gets it as close to the real thing as possible.”

Brickfest was an amazing weekend for fans of the brick. Well worth it for all ages. Being there with the excitement in the air made me feel like a kid in a toy store again. Lego is an amazing product where the only limit is your imagination. Check out their web page and see if they are stopping at a venue near you.