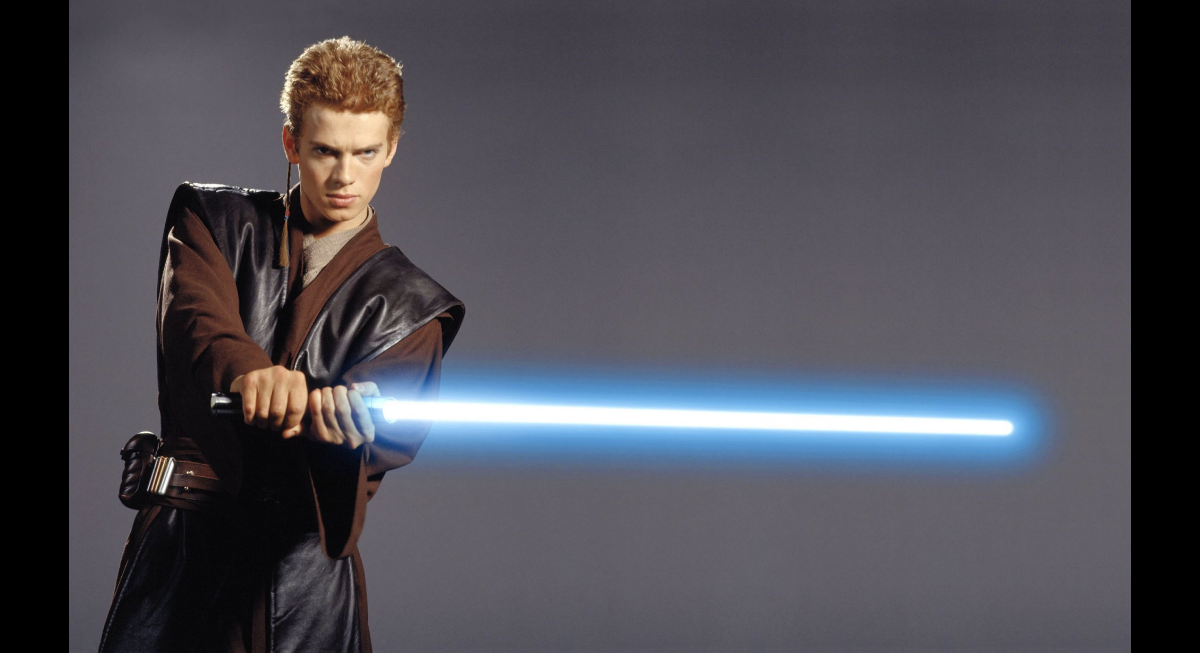 You had one job, George Lucas… Take Darth Vader, a man who was okay with murdering subordinates and Rebels alike, and tell us how he was once a good person. Not just a good person, but one who tragically fell to darkness. Anakin Skywalker was an arrogant, hot-tempered jerk in Star Wars Episode II: Attack of the Clones (2002)! Let’s explore what went wrong here twenty years ago…

Anakin often counters his Jedi superiors with sass; it’s a mystery why they put up with it! Picture credit to primevideo.com

Everyone changes with time; sometimes in small or large ways, but they change. Anakin went from being a selfless, caring child of nine or ten years old to being a whiny brat with Jedi powers. Say what you want about Jedi arrogance in their “no attachments” rule or how stale their ways got, but the Jedi were composed of an over all force of good which asked and taught patience. Granted in many good Star Wars stories some characters fall to the dark side out of impatience with their training, wanting to get “stronger” faster… But somehow ten whole years of Jedi training taught Anakin only how to get Jedi powers without the temperance of patience; I call “foul” on that!

Oh sure, if you spend money gathering all the off-screen adventures (books, comics, etc.) which demonstrate Anakin’s training years, you might see a few reasons why. I maintain that a movie trilogy gets a trilogy to tell its story and make each chapter count; anything else is a cash-grab/crutch. If Lucas wanted to tell us how Anakin changed from patient and selfless to impatient and steadily selfish, it would have made more sense for Anakin to have his values gained over the past ten years tested… And no, that doesn’t happen; what happens instead is a whiny, arrogant kid who thinks he’s better than everyone else continually challenged and told “no” by other characters and life itself and he reacts poorly every time. Which leads me to the next piece…

Asking Anakin to listen to you is too much for the young Jedi; he’d rather have a great time while you’re increasingly uncomfortable! Picture credit to cbr.com

2. Anakin Has A Hard Time With Being Told “No”!

Anakin is not “cocky”, nor “brash”… He determines to get his way no matter what and whine about how getting otherwise is not fair. Deny him anything and he will go over your head (Obi-Wan and the Jedi Council), or knock you down and take you out (that Tusken Raider tribe) if you get in his way. It’s not his “heated passion” flaring up making a young man’s mistakes; that would be forgivable if he was at all the good person we kept hearing he was… Give me a formerly patient Anakin who follows the guidance and orders of his superiors and then encounters having to make choices on his own and discovers the possibility that perhaps the best way to get things done is by following his passion and even by force.

That said, have him struggle with this new insight; especially at the dawn of his time going into a long war where he is put in high command. But don’t make him, say, a predator; Vader was a lot of things, but he wasn’t that at least.

“Sorry, my lady…” Oh you are NOT, Anakin! Picture credit to whatculture.com

3. Anakin Resembles (And Could Well Be) A Predator!

The woman Anakin harbors an intense crush on — let’s be honest, and obsession — tells him to stop looking at her with too familiar/hungry a gaze… His response with his mouth is passive; his following stare at her as she departs, however, is aggressive. It says “I’m gonna do what I want”… and honestly, that’s Anakin in a nutshell here in so many ways and situations.

It is so uncomfortable seeing the “love story” unfold. Padmé plays her part too, but Anakin doesn’t seem to understand that when someone tells you to back off it means “back off” and not “pursue harder” with intense stares and awkward (but also intense) monologues. Being a Star Wars film for both adults and kids, I’m confident we’d never see Anakin force anything upon Padmé. That is, not unless he thought he could get away with a little suggestion via the Jedi mind trick. Seriously, watch him again in the “romance” points; it should make anyone uncomfortable!

Anakin, she clearly doesn’t like that hungry-eyed stare! Picture credit to reddit.com

Anakin as of Episode II is a real jerk. Lucas promised a tragic fall of a good man and delivered a movie about a selfish kid. And this kid expects to have his way all the time, having failed to learn anything about being a Jedi beyond wielding powers and a lightsaber. I was surprised he didn’t turn Sith earlier than the latter acts of Revenge of the Sith (2005)! Watch Attack of the Clones again today on its twentieth anniversary and ask yourself if this really all that tragic or just enabling the jerks of life (and fiction)!

Agree? Disagree? Comment below! Try your luck with the latest Geek News Now giveaway: One winner will take home a near 7-inch tall ARTFX Obi-Wan Kenobi statue, and the other will receive a 16-inch The Mandalorian candy bowl and a 12-inch “The Child” Funko pop (#369) bobblehead! Also, subscribe to Geek News Now and give its Facebook page a like!