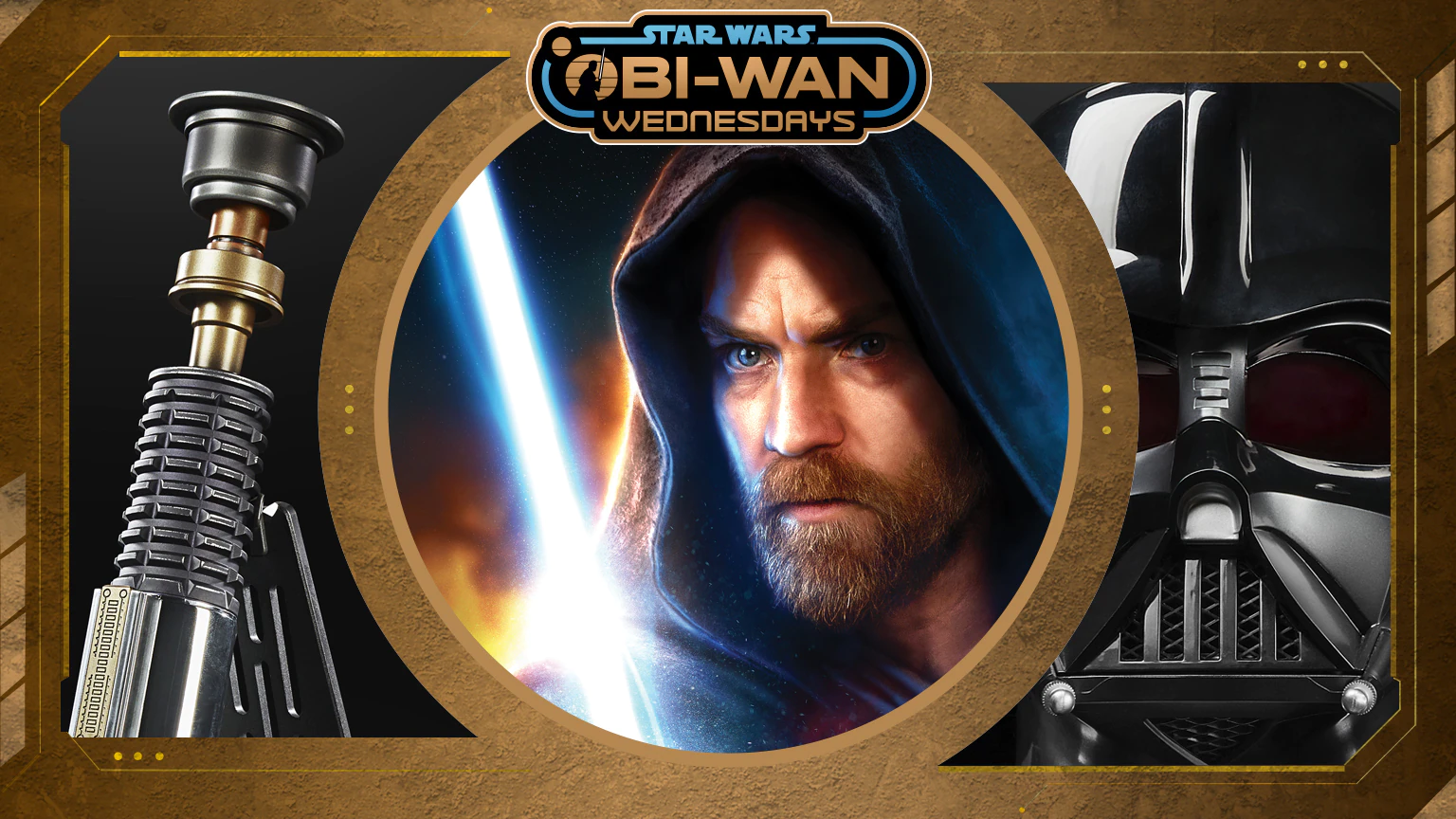 “Obi-Wan Wednesdays”… Time to roll out the associated Star Wars merchandise in time for the new, highly anticipated Obi-Wan Kenobi (2022)! Star Wars and its parent Lucasfilm pump out more and more toys and other such products; here comes yet another reason to flaunt the star wares… And yet the preview offered at the May 4th announcement of Obi-Wan Wednesdays does pique the interest of this jaded saga fan.

Don’t get me wrong, we all know that Star Wars is a powerful force and will likely live on for many years while spawning merchandise a-plenty… It’s written in the stars just like each movie’s opening text crawl! I just wish there wasn’t so much focus on pushing more shows to push more merch; it results in poor products in both respects. I quote Uncle Owen: “what’re you tryin’ to push on us!?”

Star Wars merch produces as strongly as ever with each new story! Picture credit to jedinews.com

However, Star Wars merch will continue being produced. Might as well focus on the epic and awesome out of the lot. And starting May 25th through June 29th, Obi-Wan Wednesdays will give fans a weekly update on new merch — toys, apparel, etc. — associated with the new Disney+ series Obi-Wan Kenobi.

Notice the look of this awesome lightsaber! It resembles the Jedi weapon as seen in Obi-Wan Kenobi. Ten years on Tatooine haven’t yet aged it a bit. Features include electronic light and sound effects and a detachable blade. It was available on the Hasbro Pulse website for $278.99 and at the time of this publication is already sold out there. The item is due for shipment release approximately January 1st, 2023.

Then there’s this little gem: the helmet of Darth Vader himself! Still available for pre-order at Hasbro Pulse at $131.99 this prop is a well detailed piece indeed. True to on-screen function, the helmet separates into three components; I’m not sure, die-hard fans, if you can actually wear it… Featuring a stand and electronic ventilation sound effects, this is one piece of Star wares I’m kinda digging! It is also due for shipment release approximately January 1st, 2023.

Obi-Wan Wednesdays will showcase new items being released from key Star Wars licensees. These include: Hasbro, the LEGO Group, Mattel, and Funko. These special days are also the first chance to pre-order before products hit shelves this summer. Each Wednesday, fans can head to ObiWanWednesdays.com at 10 a.m. PDT / 1 p.m. EDT for the latest drop of new products, with select offerings available for pre-order on Thursdays at 10 a.m. PDT / 1 p.m. EDT.

I don’t think pushing more star wares is necessarily a bad thing. If you’re a bit wrung out on Star Wars like I am but still hold a candle of love for it nonetheless, there’s one thing to do: Weather through the onslaught of products announcements and find something(s) which you actually find pretty awesome. For me, it’s the Kenobi lightsaber… Call me General Grievous, because this will make a fine addition to my collection!

What star wares do you hope to see come about on Obi-Wan Wednesdays? Comment below! Check out the announcement article from StarWars.com! Try your luck with the latest Geek News Now giveaway: One winner will take home a near 7-inch tall ARTFX Obi-Wan Kenobi statue, and the other will receive a 16-inch The Mandalorian candy bowl and a 12-inch “The Child” Funko pop (#369) bobblehead! Also, subscribe to Geek News Now and give its Facebook page a like!