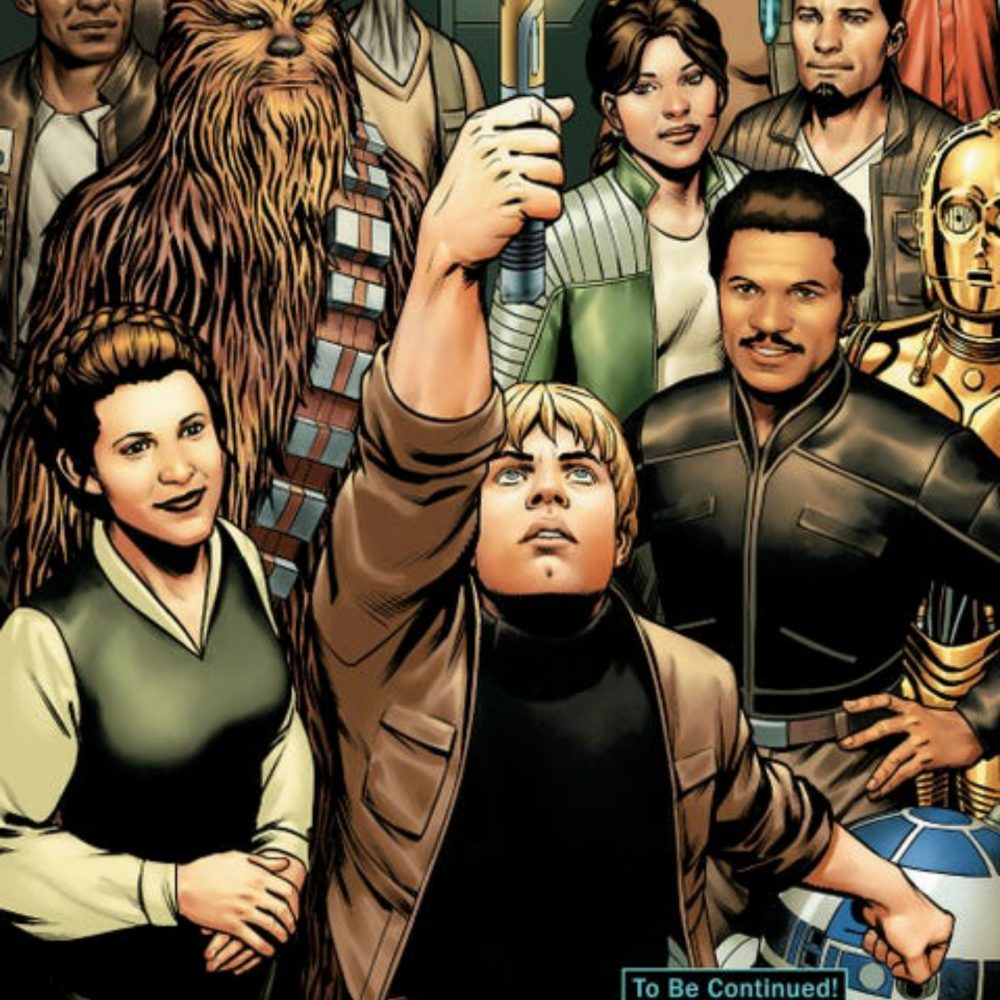 As May is Star Wars month here at GeekNewsNow it is only fitting to focus our thoughts on this 45-year old pop culture juggernaut. Now I would consider myself well-versed in Star Wars lore (I co-host a Star Wars show literally called “My Star Wars Show”). I know about Plagueis and Darth Tenebrous and can name most of the seven lightsaber combat forms (pronunciation might be an issue).

That said there is always more to learn about this intensively lore-rich franchise and in my search to dig up some interesting morsels I came across some new (post Disney-acquisition) canon bits of trivia. And, let’s face it, going down the Star Wars rabbit hole is just plain fun! So let us dig in and see what can be clarified in the new canon!

1. The Coruscant Jedi Temple Was Built Over a Sith Shrine

Unbeknownst to most, the Jedi Temple on Coruscant was actually built over an ancient Sith shrine! Seems like a very weird place to build the symbol of peace and justice of The Republic, but it’s not entirely unreasonable. As the saying goes, “Keep your friends close, and your enemies closer”. That’s the mentality the four masters who built the Jedi temple seemed to have. Known as the “Shrine in the Depths”, it is a convergence point of the dark side of the force. Although it wasn’t always so.

Prior to being a dark side shrine it was a wellspring of the light side of the force that existed on a natural (long-since) buried mountain below the many levels of Coruscant. 5,000 years before the films, the Sith corrupted it with a dark side monument of their own. Shortly after the Jedi built their temple over it, hoping to neutralize and purify the darkness. Apparently it didn’t work. The slow spread of the dark side shrine over the years is suspected to be what lead to the blindness of the Jedi council in the old Legends continuity and why they became increasingly unaware of Sidious’s machinations.

James Luceno (author of Tarkin, where the shrine is first introduced into the current canon) hints as much when he said: “The Jedi tried to cap the power of this shrine, but there’s leakage. It’s not just Sidious; it’s the power of history, it’s the residue of what’s left of the dark side there.” The shrine is also mentioned in the novel Star Wars The High Republic: Into The Dark. More reason to check out the High Republic novels and comics.

Long time Star Wars fans are well aware that Jedi master Shaak Ti has been killed in several ways over the years. In fact, it has become a bit confusing figuring out what exactly is her canon death. Some might remember that Shaak Ti was originally supposed to die on General Grievous’s flagship in front of Obi-Wan and Anakin in Revenge of the Sith. The idea got scrapped but can still be seen as a deleted scene feature.

Her death was then moved to the post-Revenge of the Sith video game The Force Unleashed. There she is found on Felucia training the planet’s force sensitive denizens in the Jedi arts. Galen Marek /Starkiller, Darth Vader’s secret apprentice, hunts Ti down and the two have a confrontation. After being mortally wounded and bested by Starkiller, Ti throws herself into a nearby sarlaac pit and dies.

Now both of these instances are no longer considered canon as The Force Unleashed was wiped away by the Disney era. Her canon fate now is being killed by Anakin while she mediated in the temple during the start of the Jedi purge on Coruscant. This is supported by a force vision seen by Yoda in Clone Wars season six episode eleven. Furthermore it is outright stated this is her fate in the Star Wars: Galactic Atlas, which is canon.

Arguably the coolest thing to come out of Genndy Tartakovsky’s Clone Wars micro-series is the badass bounty hunter Durge. Durge was a nearly unstoppable Gen’Dai hired by the Confederacy to lead droid forces in combat against the Republic. As with all Gen’Dai, Durge’s physiology allows him to regenerate limbs almost endlessly (Vader would be jealous).

During the battle on Muunilinst, Durge comes face to face with Obi-Wan. He is seemingly blown apart after absorbing Obi-Wan into his body. As the Republic forces depart, however, we see the entrails and bits of Durge wriggle and start to coalesce. In the comic Star Wars: Obsession (issue #3) Anakin sends Durge hurtling into a sun, finally killing Durge for good. And for the most part that was the end of the character, until recently.

In Dr. Aphra issue 11, part of the “War of the Bounty Hunters” story arc, we see Durge is well alive and finally canon. He crosses paths with Aphra and Sana Starros on an abandoned ship whose crew was seemingly killed by a infestation of cymotes. Durge is not openly hostile to the women and is hunting a (dead) bounty on the ship. Through some trickery Aphra sent Durge into an airlock with the cymotes that exploded, he survived. Where will Durge show up again? Who knows. But he is alive and canon again, so that is pretty exciting!

4. Luke Had A Yellow Lightsaber

Everyone knows about the blue lightsaber Luke inherited from his father. We know about the green lightsaber he constructed himself prior to Return of the Jedi. But how many of you know that in between those two films Luke sported a yellow saber for a while? In issue #6 of the 2020 relaunch of the Star Wars mainline comic, Luke found a temple guard’s yellow lightsaber at an abandoned Jedi outpost on Tempes. This occurred after the events of The Empire Strikes Back when Luke was saber-less for a while.

It didn’t come easy though, the lightsaber and outpost were booby-trapped and Luke had to throw down with the lingering spirit of the Grand Inquisitor to gain his prize. Luke has continued to use this lightsaber since it’s introduction has been spotted with it as recently as the cover art for Star Wars issue #26, which has not been printed as of now.

We know Luke either loses, gets rid of, or simply hides the yellow lightsaber eventually as he later constructs and exclusively uses his green lightsaber. Only time will tell what happens to the yellow blade.

Star Wars canon is constantly in flux and new things are continuously being added. Ultimately it is a great time to be a Star Wars fan as the lore continues to expand in every form of media. Hopefully you gained a morsel of knowledge. Do you have any Star Wars thoughts or trivia to share? Comment it down below. We would love to read it. For more geeky coverage be sure to subscribe to GeekNewsNow and follow our socials! Our Facebook page is here, and our YouTube channel is right over here. As always, stay geeky and may the force be with you!