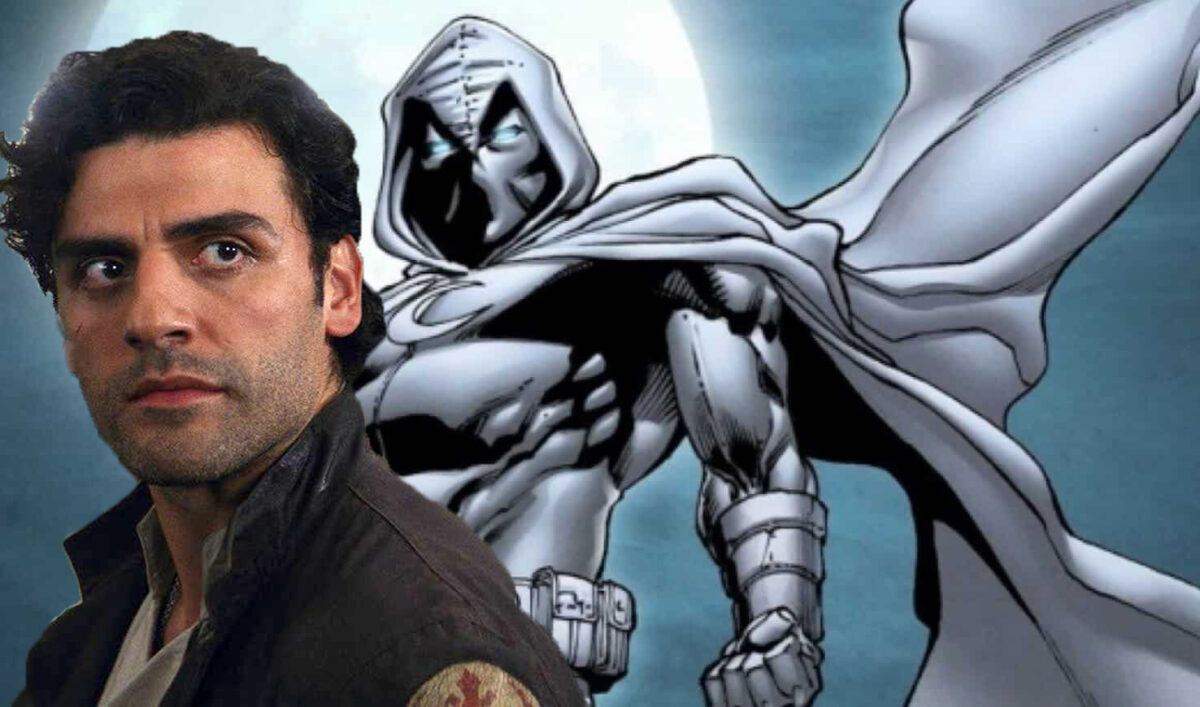 Sometimes the most unexpected hero will come along when you’re down and out. It’s hard to believe, but some situations do call for the Avengers to stay put.  There are jobs that call for a Dark Horse.

.  When Moon Knight gets his name called, he performs exceedingly well.

I expected Moon Knight to be a bust; a lackluster effort for fans to consider before the next blockbuster.  I was pleasantly surprised to find that “Moon Knight” is so much more than that.

The pandemic hit Marvel hard.  Fans ignored “Black Widow” .  “Shang Chi” and “The Eternals” did not do much better.

It’s worth noting that “Black Widow” was hamstrung by the simultaneous streaming release on Disney Plus.  “Shang Chi” was destined to fail, when the largest, and most lucrative audience in the world was prohibited from viewing the film.  It’s hard to find an excuse for “Eternals”.  That film was simply just not marketable.

Setbacks aside, Marvel Studios stayed cool.  After all, Walt Disney, the namesake of Marvel’s parent company, got knocked down a lot.  He failed many times.

He never gave up.  Optimism kept him going, and he always bounced back.

Moon Knight has a flag that is firmly planted in the land of cult status.  His books sell ok, Yet, he can’t catch a break with the readers. Volume One lasted from 1980-84.  Volume Two Only lasted one year in 1985.  “Marc Spector: Moon Knight” is the longest run the character has had as of yet; going from 1989-1994.

They tried again with Volume Three in 1998. It didn’t see 1999.  This trend continues for  the character.  We are now up to Volume Nine at a year and counting.

Moon Knight has never had a run last longer than five years in print. For most publishers, five years is a respectable benchmark.

This isn’t most publishers.  This is Marvel.

Moon Knight’s first appearance in “Werewolf By Night” no. 32.

Moon Knight is not a character that would necessarily enter a fan’s mind when thinking about new MCU additions.  Regardless, Disney greenlit a six episode season.  Kevin Feige delivered excellence with a character that other producers would have ignored.

The show was slow at times.  This was a common complaint heard from the viewer. If you haven’t watched it yet, keep in mind that this is an origin story.  Origin stories are inherently low on action, and high on character development.

Along with it being an origin story, Marvel has been frustrated for years with the character being referred to as a rip off of Batman.  If you had opened up the series with Moon Knight in uniform beating up criminals, the comparisons would have continued.

The series introduces us to Steven Grant (Oscar Isaac).  Steven is a British man with dissociative identity disorder. He sleeps with his leg strapped to his bed.  His only friend is a goldfish with one fin. Steven leaves his mother an affectionate voicemail every day.  He seems to be a sweet man.

Mr. Grant works as a cashier in a museum souvenir shop. His extensive knowledge of Egyptian mythology is often disregarded. His boss has no respect for him.  He is loneliness personified.

Oscar Isaac Brought his A-game to the table, and helped bring life to a very complex character.

Steven’s mental state deteriorates rapidly.  During one blackout, he ends up in the Austrian Alps.  Here, he stumbles upon sizeable cult led by series antagonist Arthur Harrow (Ethan Hawke). Harrow worships the Egyptian Goddess Ammit.  He judges the souls of people, then condemns them to death for future transgressions.

Aided by Marc Spector, avoice in his head; Steven escapes a confrontation with Harrow.  It is revealed that Steven is in possession of a much sought after artifact.  An artifact that Spector refuses to let Steven relinquish.

With Marc’s expertise, they escape in a van that is carrying Von Doom cupcakes. ( a nice easter egg for Fantastic Four fans)  Steven can’t figure out what is going on. His life is complete chaos.

Steven gets fired after Harrow attacks him, He finds a phone, and gets in touch with Marc Spector’s wife Layla (May Calamawy). It turns out that Spector is an operative of sorts.  Layla has been looking for him.

The viewer will find out that Marc Spector was a mercenary who almost died when his partner decided to leave no witnesses.  Spector is fatally wounded, but saved by the Egyptian God Khonshu (Voiced by F. Murray Abraham)

The caveat is that Spector serve as the avatar, and fist of Khonshu.  Punishing the wicked.   Our story becomes a race against time to stop Harrow from reviving Ammit and killing thousands of people before they rightly deserve it.

At the series’ turning point, our protagonists wind up in an insane asylum.  Harrow is their Doctor and we begin questioning what  is real in the series.

Almost everything works for the show.  Action is scarce throughout the first five episodes, but The payoff is worth it when it happens.  The fight scenes are planned perfectly, and very well choreographed.

The lighting really sets the mood.  It’s dark without being too dark.  I like that everything is still visible. It allows emotions to do the rest of the work for the viewer.

The wring staff headed by Jeremy Slater, did a great job in giving us an emotional connection to the characters.  Six episodes doesn’t afford you a lot of time to make the connection they made with the viewers.  It is admirable to attempt, and miraculous to pull it off.

Some moments really moved me to tears.  The interactions between Spector and Grant goes from contentious, to amicable, to friendly, to brotherly. Oscar Isaac never misses a beat.

A lot happens between the two personalities in episode five.  Despite knowing that one of these men is a figment of the others imagination, we still end up caring about them equally as characters.

This makes some of the events in the show heart breaking.

Layla comes into the show, and is a breath of fresh air.  We are in an era in media where women are portrayed as infallible, and superior to everyone else.  The writers didn’t go in that direction with this character.  Layla is vulnerable, with naivete.

She has conflicted emotions, yet doesn’t come off as a damsel in distress.  She fights hard.  She is an asset to Mark/Steven.  She is not by any means a sidekick.  She is a partner.

May Calamawy shines.  I would say she has a bright future in the MCU. I would love to see her on the big screen.

Technically, everything is smooth.  The fight scenes flow.  The emotional scenes are cut beautifully. The suspenseful scenes are riveting.  Cameras always seem to be in the right place.  There are no trendy flickering lights, or bouncing cameras that some directors rely on.  Omitted are the rapid cut scenes that are a hazard to people with epilepsy.

Something that really stands out to me in the series, is mental illness being addressed.  I feared that Marc Spector’s Dissociative Identity Disorder would be downplayed in an effort to make the character more appealing.

Not only do they leave the character intact, the show runners tackle the issue head on.  Mental health carries a stigma that is almost unbreakable.  It is really important for viewers that may be manifesting some issues, to know that sometimes even Superheroes have human problems.

Every day, people wake up ashamed of their mental maladies.  They hide it.  People will refuse to admit that there is a problem, out of fear that they will be seen as weak.  Men seem to have much more of a problem to admit to a mental health problem.

Only two percent of all psychiatric patients are diagnosed with dissociative identity disorder. Yet, this doesn’t make this character any less powerful to people with depression, anxiety, or any other one of the “common” disorders.

Perhaps Spector’s issues make him more inspirational to people with common mental issues. He can be an example for people to meet their goals for wellness.

If Mark Spector can save the world from a vengeful Egyptian Goddess while he is struggling with dissociative Identity disorder, then I can  find the courage to seek help for my depression.

While Marc Spector is not the greatest example as to HOW to address mental illness, Marvel still acknowledges it, and doesn’t change the subject.  This is a step in the right direction.

Ethan Hawke portrays series protagonist Arthur Harrow. His calm demeanor brought a subtlety to the sinister nature of the character that chilled viewers.

“Moon Knight” was a fantastic effort by Marvel.  This character has a bright future going for him.  With “Multiverse of Madness” hitting theaters, the best is yet to come for the entire MCU.

Its time for the Pros and Cons of the series.

The cons are forgivable.  Marvel gambled with Moon Knight and won.  The staff, especially the writers, went above and beyond with him.

What do you think, MCU fans?  Did you love the series?  Comment below!

Thank You for reading.  When I am not writing, I enjoy spending time with my Wife Barbara, my two year old daughter Frankie, my Hound Marbles, and my  ferret, Ms. Farrah Pawcett.  For fresh geeky content, and insightful discussion, check us out on youtube. You can also follow me on twitch at insomniac_reader.