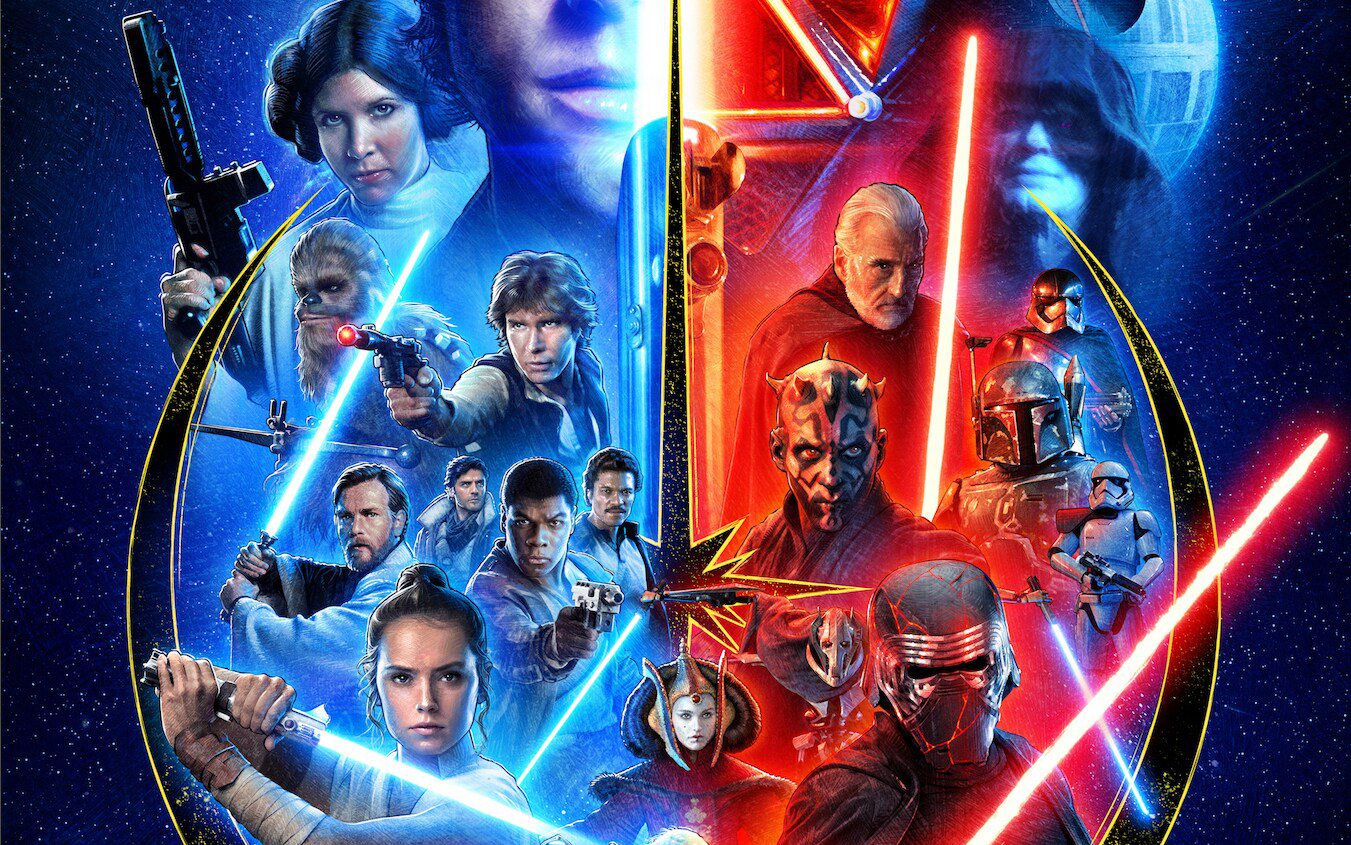 It has been two and a half years since the last Star Wars film debuted on the big screen and the Skywalker saga came to an end. Lucasfilm had plans for Patty Jenkins to direct a Rogue Squadron movie, but that’s currently up in the air. Rian Johnson was supposed to make a new trilogy, but that also has been sidelined. David Benioff and Dan Weiss (who worked heavily on Game Of Thrones) also had to cancel plans for Star Wars film projects. We have to ask, then, what is the course going forward? Better yet, the question should be: “Does Star Wars need to be on the big screen at all?”. I don’t think it really does at all.

Now before you launch into a long angry tirade in the comments, hear me out. Until recently I would have been “Of course Star Wars belongs in theaters, it was born on the big screen back in ’77. Where else would it live on?” But I have come around on this subject. See, my friend Abram and I have a Star Wars show we do on YouTube (Not so creatively called “My Star Wars Show“). Back in January we did an episode about our Star Wars hot-takes and he firmly expressed the above idea. Turns out there are good reasons to step on the film brakes. I was initially shocked but after the rant I was swayed and kind of “won-over”. the hot-take and explanation begin at the 59:45 mark below.

Why We Don’t Need More Movies…

The Skywalker saga is over, we have finally put a bookend on what began way back in 1977. The last three theatrical releases have been divisive and a bit of a mess depending on who you ask. Solo: A Star Wars Story proved to be a bit underwhelming in its reviews and more so in the box office. In fact it is the only Star Wars film to lose money. The Last Jedi is the series most controversial release and while it did financially well it has a Metacritic User Score of 4.1.

The Rise Of Skywalker, similarly, has an abysmal Metacritic user score of 4.6 but for being an over correction of TLJ. However, The Disney Plus series The Mandalorian is beloved! Mandalorian, overall, has a user score of 8.4, which makes sense as I don’t know a single person who doesn’t enjoy it. What we see here is that long form storytelling and character focused adventures are far more suitable for Star Wars now. A New Hope certainly served as a wonderful introduction to the galaxy far far away, but we have moved past the need for that. The types of stories that can be fleshed out on the big screen are a bit stale. The universe of Star Wars is ripe for new avenues of story-telling. This is mostly apparent in the Star Wars media outside of the Skywalker films.

Black Krrsantan (right), a character introduced in the comics who made the leap to live-action in “Book Of Boba Fett”.

Take for instance the Old Republic era of games and books. They have done so much to expand the mythos/lore for Star Wars without a single full length film. More than any of the sequel films alone have done. Far deeper stories can be told when they are not restricted to the Skywalkers and to sub-three-hour films. The Disney+ shows like The Bad Batch, The Mandalorian, and The Book Of Boba Fett have all taken creative choices and expanded the galaxy with characters and unique stories. The amount of money and time that goes into making a single Star Wars film could be better used to creating a Disney+ series.

When we look at the characters of the sequel trilogy we get very little exposition on who they are in the films. Phasma is pretty much a gag character in the films but gets a deep backstory in her books and comics. Snoke and Ben Solo get a lot of exposition about the nature of their relationship in the comics as well. Not to mention the expansion of Star Wars lore going on with the High Republic era now in the books and comics.

It used to be that budgets would correlate with how effective the writing and visuals would be a decade ago. That is no longer the case. The Mandalorian‘s VFX are comparable to what we have seen in the Star Wars films up to this point and the writing is stronger. If we could get a slow trickle of Star Wars content in the same vein as the MCU has been receiving I think very few would object to it. Last Year we had MCU content almost every month, imagine if we got live-action Star Wars every month!

Some of the Jedi depicted from the the High Republic, 200 years before the films. Glad to see more alien variety.

For as big as a galaxy that Star Wars is there is so much room to tell compelling stories! Stories about soldiers, fighter pilots, scientists (Dr. Aphra anyone?), spies, aliens, droids, merchants, even force-users outside of the Jedi/Sith binary! Of course Disney will eventually want another film series because that’s where the money is (usually). But I think the series taking a rest from the silver screen is not such a bad thing.

What are your thoughts about this take? Comment and share, I am curious to see what the vibe-check is out there about this. If you are into Star Wars shows/podcasts you can check out my twice-a-month show called “My Star Wars Show” here. You can also check out GeekNewsNow’s very own YouTube Series, Cantina Happy Hour, hosted by my boy David Furr (Head of the writing department) on our YouTube channel here. Be sure to also check out our socials! Our Facebook page is here and our Twitter page is over here. For more geeky opinions make sure to subscribe to GeekNewsNow! As always, stay geeky!