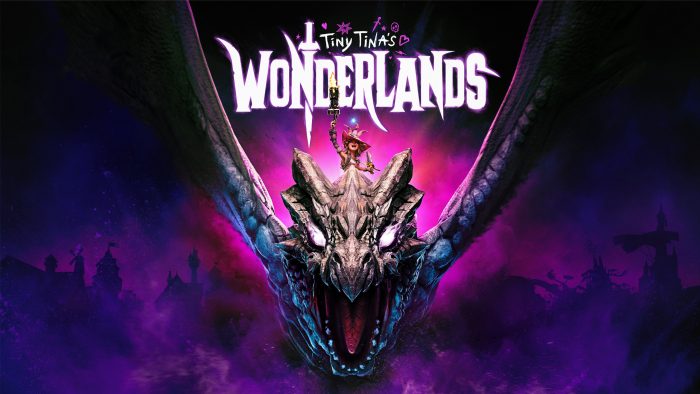 Fans of Borderlands fell in love with Tiny Tina and the Assault on Dragon Keep DLC. This installment of the Borderlands franchise was released roughly one year after the release of Bunkers and Badasses, a board game based on the same DLC. For those who are not familiar with Assault on Dragon Keep, in the DLC Tiny Tina takes the vault hunters on a Dungeons and Dragons style adventure with the kind of unique twists that you can only get from having Tiny Tina as your Bunkermaster.

Tiny Tina’s Wonderland picks up the adventure where Assault on Dragon Keep left off. There are 6 unique classes for the players to choose from for a fun and unique game play experience. You are joined on your adventure By Valentino and Frette, two intergalactic transport specialists who are currently awaiting repairs to their ship. What better way to pass the time than playing some Bunkers and Badasses? These characters don’t play along side you like companions, they are more there to help add to the story.

Your quest, to defeat the terrible Dragon Lord who threatens the capital city of Brighthoof. Like the other Borderland games, you have your main quest line which builds your story as you go throughout the game. However, they have built in a wide variety of side quests to help the player become more emersed in the environment of Wonderland.

Similar to the other games in the franchise, Wonderland is semi open world. What I mean by this is you are free to just run around and grind for levels as you see fit if you ever want to just take a break from the main quest line. They have also built in some fun tasks such as searching for Poetry pages, D20’s and marbles that give you pieces of lore and more information about some of the people who have lived in Wonderland.

As a fan of the franchise, I can honestly say that I am enjoying Tiny Tina’s Wonderland more than I enjoyed may of the previous games in the franchise. You still have several familiar characters that make appearances throughout the Wonderlands. While I do miss some of the familiar friends and foes, I really am enjoying the new environment. I know it’s still Borderlands, but it feels new and exciting like the first time I ever played Borderlands.

This is the direction the franchise needed to go. Bring the fans something familiar that is still brand new and something they haven’t seen before. A new bad guy for us to defeat. It would be great if this was the beginning of more spinoffs featuring more of our favorite characters.

It’s no surprise that Tiny Tina’s Wonderland has taken the world by storm. This is a must have for anybody who enjoys Borderlands or Dungeons and Dragons. So turn on your console and grab some friends and get ready for a chaotically great adventure!