Don't Have A Bad Feeling About This! Character Customization A No-Go In "Lego Star Wars: The Skywalker Saga"! 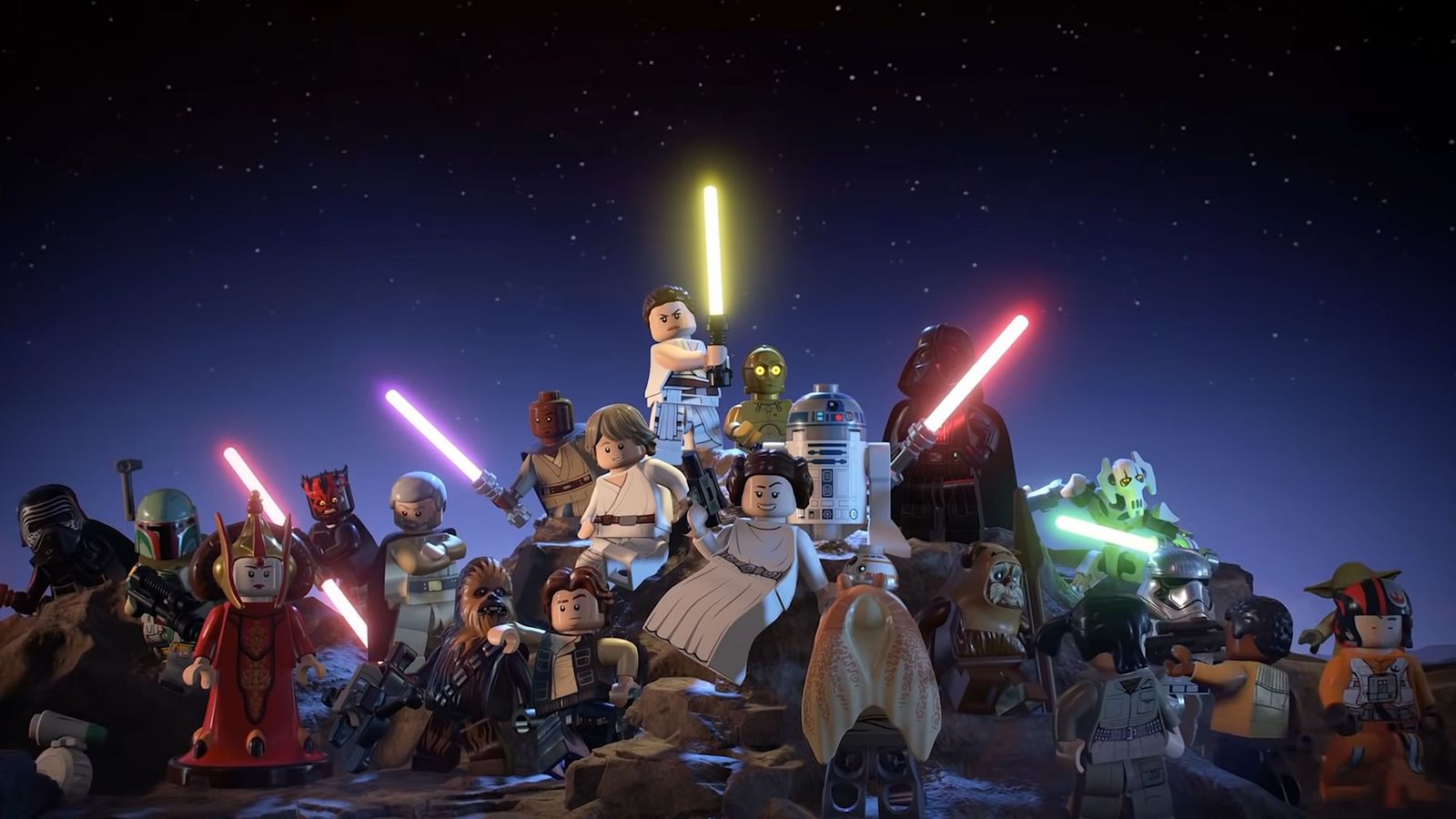 With less than two weeks before release to the public, video game developer TT Games officially confirmed on March 24th its new game Lego Star Wars: The Skywalker Saga will not include a character customization feature. This won’t detract as much enjoyment of the game as people suspect.

Quick Overview: Character customization being a favorite among Lego Star Wars gamers where you could mix and match looks of various Star Wars characters into one body. So one wonders why TT Games decided to not include it in its new game.

In an article written by Tyler Fischer for Comicbook.com, Fischer shares that “Back in 2019, a designer on the game, Mike Consalvey, confirmed in a video interview with HipHopGamer that character customization was back and going to be in the game. Fast-forward three years, and things have changed. Confirming suspicions fans have had for weeks, TT Games has confirmed the feature is no longer in the game. TT Games doesn’t divulge why, but does note ‘sometimes features change throughout development.'”

An assortment of what characters will be available in Lego Star Wars: The Skywalker Saga! Picture credit to YouTube (via “RuggedEagle” channel)

It’ll be missed, but as TT Games explained in a Twitter response: “We can confirm that LEGO Star Wars: The Skywalker Saga doesn’t have character customisation, but we do have 300+ characters for you to choose from.”

More to the point, having customization would kind of make the new character category upgrades feature almost pointless! This being the feature in which players do like an RPG and collect/spend Studs or Crystals to either upgrade specific character categories or unlock new characters. As mentioned in a previous Geek News Now article about this game, the upgrades help players unlock secrets and pieces within the game which they can’t complete or collect otherwise.

Let’s be honest… We wouldn’t use customization just for making awesome Lego Star Wars characters. We’d be making as many mixes of character categories — Jedi, Scoundrel, Droid, etc. — as possible in one body. Why? To gain access to those bonuses limited to said categories.

And that, I believe, is exactly why they didn’t include customization in Lego Star Wars: The Skywalker Saga.

Making your way to the custom character generator! Picture credit to newthorpeservices.top

Much as we love character customization in the prior Lego Star Wars games, it had to go this time. I think it makes a lot of sense and asks of us to give this new upgrades feature an honest shot. I mean, we’ll have to at this point if we get the game. And it won’t be such a bad thing.

But classic things die hard. And as Fischer pointed out in his article, one fan asked if customization will be added in a future update and TT Games responded: “we have nothing to announce on any future updates at this time.”

“You couldn’t have told everyone this 3 months ago? Nobody would be disappointed by release. Instead, you tried to hide it and only addressed it officially once the community was worried about it less than two weeks before launch,” read one reply shared in the Comicbook article.

I respectfully disagree. Sure, TT Games could have laid this bare before now, but there’d still be complaint and disappointment lasting on through to release of the game. A business would be wise not to share something like this if it’s already done the work to produce a fully loaded game in many respects. Yet it only lacks one or two fan-favorite features… Not something fans want to hear; but not something which will wreck the game.

And really, it shouldn’t take away from enjoyment of this new Lego Star Wars game. Not with so many other new and familiar features… Like the same satisfaction of making or breaking a brick world or putting characters into more combined efforts to pass levels!

Lego Star Wars: The Skywalker Saga releases officially on April 5th on platforms like PS4, PS5, PC, Nintendo Switch, Xbox One, Xbox Series S, and Xbox Series X. I would definitely like to get it and play!

Looking forward to Lego Star Wars: The Skywalker Saga? Comment below! Read the article from Comicbook.com! Check out this month’s Geek News Now free giveaway contest for awesome Batman-related items! Also, subscribe to Geek News Now and give it a like on its Facebook page!