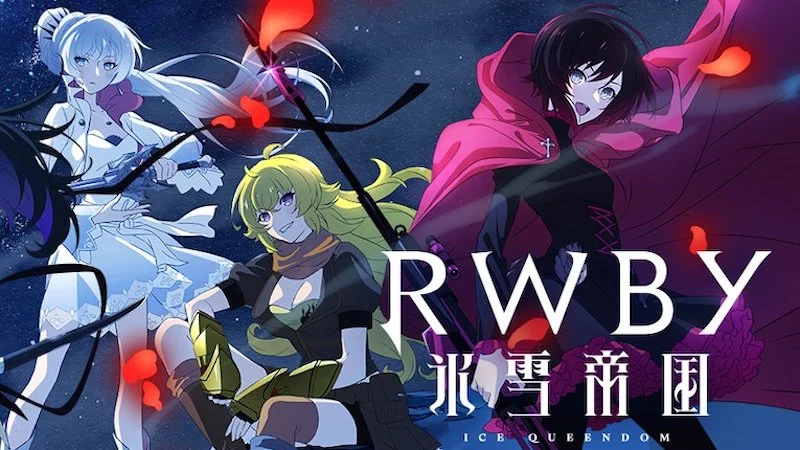 Over a month after the first mysterious tease, and official trailer for RWBY: Ice Queendom has officially dropped. It debuted at the AnimeJapan Expo during a livestream event with the four lead voice actors. The announcement also confirmed a release date of some point in 2022.

With this came a new website for the show (In Japanese). After a lot of speculation about what this new project could be about the trailer surprisingly showed us nothing we haven’t seen before. The trailer recreates scenes from the main RoosterTeeth animated RWBY show, making it look like a complete reboot. However the website also shows completely new character designs for the central cast. These winter outfits and the name “RWBY: Ice Queendom” promises a brand new story in the RWBY universe.

Who is Team Project RWBY?

The talent behind this show is undeniable. The lead animation studio behind this project is Studio SHAFT with direction from Toshimasa Suzuki. Puella Magi Madoka Magica and the Mongatari series are the most known works of theirs. This means viewers can expect fluid action scenes fitting of the series. Character design (Including the new looks for everyone) comes from huke (Black Rock Shooter, Steins;Gate).

What may gets fans more excited is the writing team behind the anime. Gen Urobuchi is handling the central concept, you may know him as the lead writer on Madoka Magica as well as Psycho-Pass. Tow Ubukata is the central writer working off of the concepts. He’s known for writing Psycho-Pass 2 and Mardock Scramble. Both of these writers know their way around a kick-ass action show whether fantasy or sci-fi. However, Both also have a reputation for how dark and violent those series get. Fans wanting a lighter, fun show may be out of luck, but those wanting something with a bit more of an edge maybe in for a ride.

The voice cast was also announced during the event. At the showcase itself the Japanese voices of team RWBY all attended in appropriate colours, confirming their involvement. We also know that at least most of the Japanese dub cast of main RWBY will be reprising their roles in Ice Queendom. The English cast returning to their roles was only confirmed with a now deleted Crunchyroll article. Rooster Teeth are producing the show still so it appears likely that at least some of those actors will return.

This deal with Rooster Teeth and Japanese producers Bandai does not end with only an anime. This new series is already generating merch due to the other producer being the Good Smile Company. Confirmed at the event was a collaboration with Pop-up Parade featuring merch for all four members of team RWBY. Ruby herself in her new winter outfit is also getting a Nendoroid figure. It doesn’t even end there. After several manga that ran in Shonen Jump, this time Kadokawa will feature a monthly series in their Monthly Comic Dengeki Daioh. The creator of the manga will be Kumiko Suekane who also made series such as Versailles of the Dead. No one has confirmed that they will be releasing it in the west but given the series popularity and origin this seems likely.