Build Your Destiny! What To Expect From "Lego Star Wars: The Skywalker Saga" Video Game! 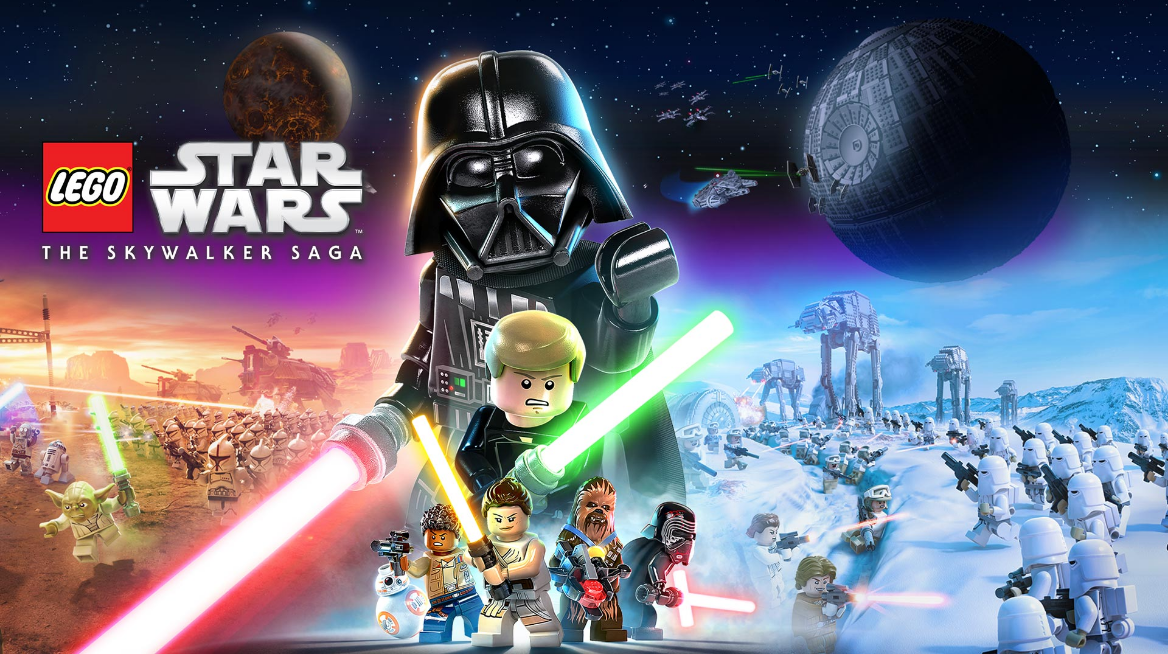 Lego Star Wars: The Skywalker Saga is going to be superior to all past Lego Star Wars games! The graphics, the gameplay, and more are improvements; most of which are welcome and will please the average gamer/Star Wars fan, but some which may puzzle casual gamers. If you haven’t heard what these improvements are, check them out as I describe some of them below and see if Lego Star Wars: The Skywalker Saga is what you want when it releases on April 5th, 2022!

As said, the graphics are improved here. There is great attention to detail: the lights, the effects, the pieces of scenery… All upped to show a busier, more alive setting! Writer Matt Cabral details in his article for IGN talking about his demo play of this game — stating that the environment of the Episode IV – A New Hope (1977) portion “pops from the screen with vibrant colors, authentic details, and more slick visual effects than you can swing a lightsaber at.”

The visuals and gameplay evidenced in the A New Hope chapter aboard the Tantive IV are amazing! Picture credit to press-start.com.au

Cabral also spoke of the visuals that while they of course resemble simple Lego world style: “sparks and steam emit from damaged electrical devices, computer terminals glow and flash with rainbow-rivaling variety, and red, rotating cones of light from triggered alarms realistically reflect off the ship’s shiny floors.”

I think this is great! This shows that we aren’t going to get some simple clone of the previous Lego Star Wars games; rather something that shows detail and effort. That lil’ extra punch in our fan shoulders.

As you play along, you also upgrade the skills of your Lego characters sort of like in an RPG. In this case, the upgrades help you unlock secrets and pieces within the game which you can’t complete or collect otherwise. For example: Han Solo is a “Scoundrel”… You’ll up your Scoundrel abilities and this allows any Scoundrel character access to further unlockables in-game; also, some sweet moves!

I mean, I guess they had to make things a bit more complicated somehow. I like simple playthroughs; but this seems an interesting way to engage the players further.

There are only two factors which I don’t feel I’ll enjoy with Lego Star Wars: The Skywalker Saga; the first is the more complicated puzzle-solving gameplay.

The complicated puzzle-solving involves switching between characters to — for instance — assemble the Millennium Falcon and depart Tatooine while Stormtroopers attempt to stop you. In this example, you switch from Han Solo blasting Stormtroopers to Chewbacca assembling ship parts to Obi-Wan Kenobi using the Force to help in construction and so-on. A bit more complicated than before where you had simple tasks and time enough to resolve them.

What’s more, fighting enemies is more complex than before; single button mashers, be ye warned! At least, it seems so for melee combat. You can’t just punch and lightsaber slash your enemies anymore… Now you have to change your battle strategies and use different moves made available to you before the enemies get wise to your attack style and block it. Fair enough, really. It leads to better stud collections, incidentally.

That said, the new and complicated gameplay is a natural progression in upping the game; I can see that. After all, we don’t want a simple repeat/clone of the previous Star Wars Lego games. We’ve already played those! So, new edition means new gameplay challenges which, while I foresee them being a touch confusing, will make the game interesting.

This leads to the second problem I have with the game: the addition of the Lego characters actually speaking instead of their previous mumbling.

Honestly, I thought it was funnier when they couldn’t talk and had to use visual comedy cues to move the plot or say anything. That said, these lines spoken in the IGN article’s preview video sound like they’re “silly” spins on lines made famous in the Star Wars movies; and I can get behind that. It’s a silly game concept; might as well go all the way in the silliness factor! Also, I hear that the game will feature a “mumble mode” which removes the spoken dialogue, but doesn’t replace it with visual gags… I mean, nice try to get that old vibe, I guess; but without the visual comedy, there’s no point.

The gang’s all here for Lego Star Wars: The Skywalker Saga! Picture credit to vg247.com

Overall, I’m sure Lego Star Wars: The Skywalker Saga will be a fantastic game! Enough effort has been put into making it unique and engaging — albeit more complicated — and I appreciate that. If you like light-hearted games and Star Wars, this game will likely make your day! Whether it’s on Playstation 4 or 5, XBox One, or Nintendo Switch, I’d certainly buy it!

Looking forward to Lego Star Wars: The Skywalker Saga? Comment below! Read the IGN article on this game for more info about what is coming! Check out this month’s Geek News Now free giveaway contest for awesome Batman-related items! Also, subscribe to Geek News Now and give it a like on its Facebook page!