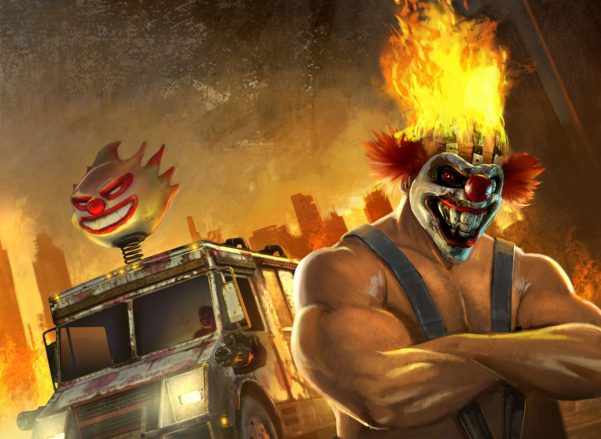 Variety announced today that the PlayStation’s Twisted Metal is set to become the newest comedy on Peacock.  Twisted metal was a global phenomenon for over 25 years in the video game world. While turning video games into live action movies is nothing new. Taking such an adrenaline fused game and turning it into an adrenaline-fused comedy series may be just what the entertainment world needs.

Peacock isn’t holding back the talent, it has been confirmed that Anthony Mackie will not only be the executive producer, but he will also take a staring role as an amnesiac milk man named John Doe.

Will It live up to the Hype?

Will Peacock be able to brings the heart pounding rock and roll ruckus from the game to life in the live action TV series? The show is being marketed as a comedy. While the games contained plenty of laughs, what made the game was the fast passed action and Mad Max styled road warriors. The game had over the top explosions with a wide array of vehicles ready for the ultimate road battle. While I know that we have the technology to bring the explosions and the over-the-top road combat to the screen, I still have to ask myself if I think that live action will do the game justice?

We have seen several video games brought to the big screen that we all felt lacked aspects of the game that made the game great. Will bringing the game to the small screen provide a better experience? It will allow the story to draw out over multiple episodes rather than a two-hour movie. This will provide the opportunity for the story to build the way it does in the games. Hopefully the added opportunity to build the characters will give us the viewing experience that we all want.

The better question maybe, are TV viewers ready for Twisted Metal? Those of us familiar with the game know that these aren’t your momma’s clowns. They are gritty and dirty and for lack of a better term…..Twisted. Not all video games are made for kids, but do kids want to watch shows based off video games? Absolutely. American Horror Story(AHS) has success with the creepier side of clowns, but people expect something a little bit darker from AHS. For years people have been asking for kinder gentler TV, not all of us want everything to be family friendly. It seems that good entertainment seems to lose out to the common and boring.

Could labeling the show a “comedy” be what dooms it before it gets a fair chance? When people think of comedy, they think of things that are a bit more lighthearted. Twisted Metal on the other hand is dark comedy. The weapons and explosions and deaths were over the top. That was what made fans of the game laugh. Fans of the game have a respect for dark humor, they look for the bad prank that could lead to an amazing explosion. It may sound like an oxymoron, but it may have been better to market it as horror comedy. This is a tongue in cheek death race that will leave the faint of heart begging for some competitive Mario Kart.

There isn’t a set release date but we know that the show will be coming sometime in 2023. Be sure to follow for updates on the show as they become available.