"Stranger Things" To End With Fifth Season! Not Too Upside Down Of An Idea! 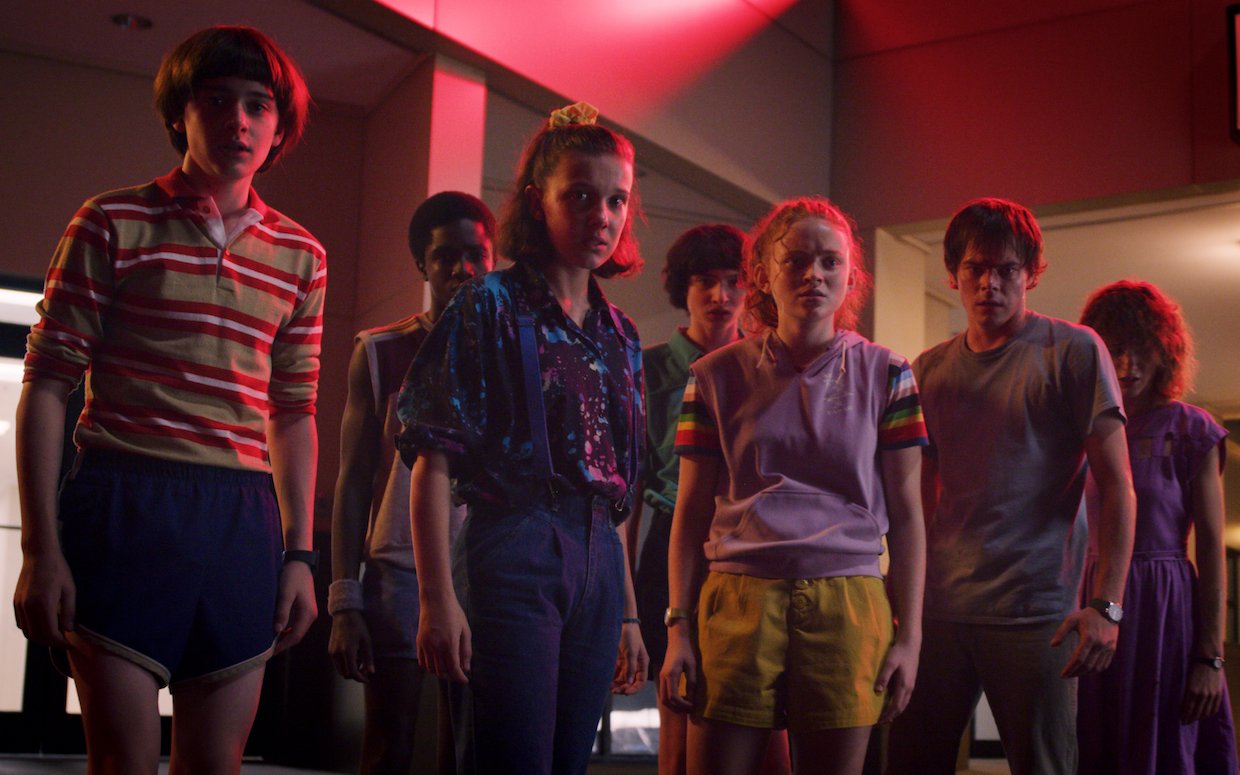 Stranger Things (2016-present) will end and it’s probably for the best. Not because it is a bad show, but because — to paraphrase Harvey Dent in The Dark Knight (2008) — you either end as a solid story, or you go on long enough to suffer the effects of mediocrity. I think Stranger Things held up fairly well since it premiered six years ago on Netflix; and after three seasons it has two left before it’s over… That’s not bad news.

When we think of Stranger Things, we automatically process the following: the Upside Down, Eleven and her mysterious past and powers, the fierce lioness that is Joyce Byers and the protective lion that is Sheriff Jim Hopper, the Stephen King-meets-The Goonies (1985) crew of kids (Mike, Lucas, Dustin, and Will; then Jonathan, Nancy, Steve, and Max), monsters, 1980s nostalgia (sometimes to eye-rolling effect), and lots of touching and suspenseful content seasoned with music channeling something out of a John Carpenter movie! It’s rarely, if ever, boring to watch!

Billy (Dacre Montgomery, left) and Steve (Joe Keery, right) are complex; you want to hate them at first but find there’s more than meets the eye! Picture credit to meaww.com

Stranger Things, created by brothers Matt and Ross Duffer, had a strong run in its first three seasons. Each season is interesting in its own way. Though the last two had the uphill task of being as good as the first season which introduced us to so many awesome things and intriguing characters with qualities we either loved, loved to hate, or grew to love because some characters were more than they seemed.

“Seven years ago, we planned out the complete story arc for Stranger Things,” the Duffer Brothers said in a piece from CBR.com. “At the time, we predicted the story would last four to five seasons. It proved too large to tell in four, but — as you’ll soon see for yourselves — we are now hurtling toward our finale. Season 4 will be the penultimate season; season 5 will be the last.”

“There are still many more exciting stories to tell within the world of Stranger Things; new mysteries, new adventures, new unexpected heroes,” the Duffer Brothers continued. “But first we hope that you stay with us as we finish this tale of a powerful girl named Eleven and her brave friends, of a broken police chief and a ferocious mom, of a small town called Hawkins and an alternate dimension known only as the Upside Down. As always, we are grateful for your patience and support.”

“No! We want more!” some fans might say; and I almost want to agree… but often enough, very good shows that start strong go on to falter, drag, and water down what made them good at all.

Consider former hit series Game of Thrones (2011-2019) which lasted eight seasons total. Season Eight gave no great payoff for Jon Snow’s resurrection; while dragon queen Daenerys Targaryen became mad with power and ultimately the final villain of the series which arguably seemed very unlike her. The show should have ended sooner on a strong note.

But Stranger Things has had essentially a solid run; though as said, the second and third seasons had the difficult task of measuring up to the amazing first.

“I’m excited about the new season!” said Geek News Now (GNN) fan Jean Fairbrother. “I wish they would have completed it a lot sooner. My favorite part is Eleven’s power and the relationships amongst the kids. I’m looking forward to see [how] they develop. I also want to know about the sheriff. I would like it to run longer.”

Another GNN fan, Tomasz Werhun, said this about shows running too long: “I’m always worried when the series run for too long because it often ends bad, but Stranger Things season 3 was so dope that I am really happy about 4. And if they feel like it’s a good place to end, I trust it is.”

“It’d good when they can let a show run its course and not kill it too soon or drag it out forever.” said GNN fan Chris Smith. “If they can finish their story in those seasons and do it well then I’m happy with it.”

Call them the Scooby Gang of Hawkins in Season Four of Stranger Things! Picture credit to theverge.com

The Duffer Brothers provided fun and adventure in a 1980s scary movie-type scenario expertly all this time and they will do so again! Not once, but twice more! What remains to be seen is what will become of Eleven and her friends as dark forces continue to claw their way into the everyday world… But trusting to the powers of friendship, family, and love will see the good guys through!

And after all… they can’t kill Bob (Sean Astin) — my favorite character — *twice*!!

Stranger Things Season Four releases in 2022 on Netflix in two parts: Volume One on May 27th, and Volume Two on July 1st. Tune in to find out what happens next! I’m hoping to see Hopper alive and well!

Are you glad or sad to see Stranger Things coming to an end? Comment below! Check the article from CBR.com about the Stranger Things final season announcement! Also, subscribe to Geek News Now and give it a like on its Facebook page!

In this article:1980's, Horror, Netflix, stranger things, the duffer brothers, the upside down