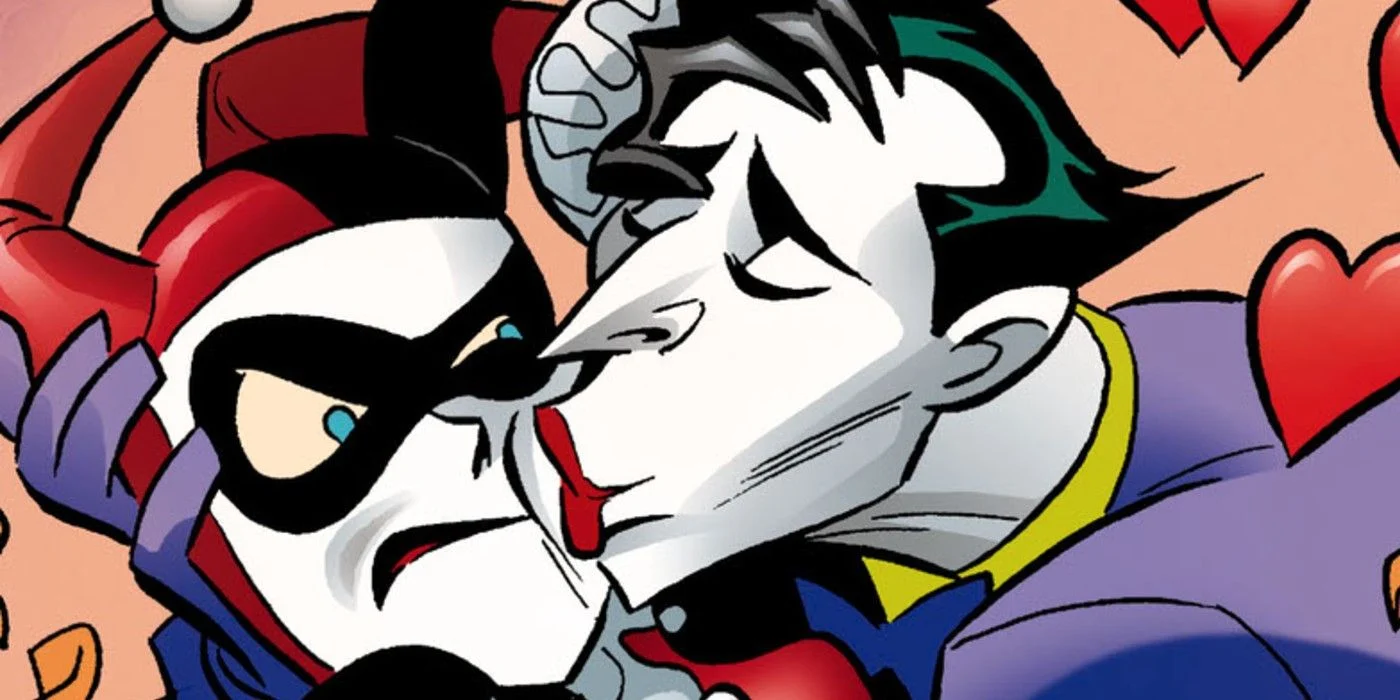 Joker and Harley Quinn are absolutely not healthy relationship goals; theirs is a relationship where one physically and emotionally abuses the other. There are healthier, more fulfilling love stories throughout the world of fictional geekdom! Examples which, listed below, tell tales of romantic partners who take care of each other and grow together!

Darkly comedic as their world is, there is a lot to be said for the love between Gomez and Morticia! They care very much for their whole family, but they are often portrayed as quite in tune with each other; loving, passionate — BOY are they ever passionate! Both of them care about each other’s well-being and encourage each other in their pursuits. They are relationship goals!

Theirs is a love story worthy of the days of epic poetry and song. Whether it’s “The Lord of the Rings” book versions or their film trilogy counterparts, the love is there and the two intend to live their lives together to the end.

In the film trilogy, their love story is further expanded upon and a few creative liberties taken: where in the books they are determined from the beginning to be together no matter what, the movies have Aragorn attempt to spare Arwen from a mortal fate; despite this, Arwen chooses to stay and the two live happily ever after. They choose each other in a world nearing an end one way or another, is the best way to look at their love story.

Rory Williams (left) gets taken by sweet surprise by love Amy Pond (middle) while The Doctor (right) looks on with confusion! Picture credit to quora.com

Speaking of making choices out of love, consider Amy and Rory from Doctor Who (2005-present)! Often since the re-launch of the series, it seems the lady companions often fall for The Doctor… Amy Pond certainly was quite taken with The Doctor, even initiating physical intimacy at an early point.

Yet by the end of their first series of the show, Amy marries Rory and their love story only grows from there: they endure the loss and return of their child together, nearly break up only to come back together again, and Amy solidly makes her choice — Rory — in their final episode… Twice! The Doctor is their friend, but Rory fairly questions now and again if Amy prefers Eleven over him and Amy patiently makes clear to him that it’s Amy/Rory forever. Rory, for that matter, watched over Amy’s safety for approximately two thousand years. Yeah, they’re committed!

Clark Kent (left) and Lois Lane (right) go through the complications of life as a team! Picture credit to datebooks.sfchronicle.com

A love story written in the stars! They’ve tried pairing Superman with other women over the years — Lana Lang, Lori Lemaris, even Diana Prince/Wonder Woman — and none of those stories compared to that of Clark Kent and Lois Lane!

Despite their real-world couple problems here and there, these two overcome and grow together into the best versions of themselves because of each other. Clark kept Lois in the dark about his dual identity for years which would understandably make Lois question if she can trust Clark or if he trusted her at all; they’ve had tiffs and even full arguments; yet the love is always there between them and always strong. Lois has a way of keeping Clark’s outlook realistic and yet hopeful, and Clark inspires her with his very human character.

Jessica Rabbit (left) and husband Roger (right) looking quite pleased to see each other! Picture credit to looper.com

You were expecting Roger Rabbit and Eddie Valiant? With what little we see of the interplay between husband-and-wife duo Roger and Jessica in Who Framed Roger Rabbit (1988), when we do see it there’s clearly a love story happening within every second!

Early on we see Roger is quite devoted to Jessica; it’s vital to the motivation behind why R.K. Maroon hires Eddie to spy on Jessica and report on it. But not only do we learn that Jessica allowed herself to be photographically compromised for the sake of Roger’s career, we keep getting snippets of her love for her husband throughout the third act: Valiant asking if Roger’s a better lover than a driver and Jessica saying “you better believe it, buster”, “I’ve loved you more than any woman’s ever loved a rabbit”, and her general disposition around Roger in person. They are a cartoony love for the ages!

All these love stories from across the geeky fandoms are examples of healthy romances and solid partnerships. When you hear anyone call Joker/Harley “relationship goals” aloud, tell them about these better — far healthier — examples! Love and romance shouldn’t make it okay to harm or endanger other people or abuse them in any way. Have a geeky and happy Valentine’s Day!

Agree or disagree with this list? Comment below! Check out the awesome Geek News Now giveaway for the Lego version of the Razor Crest from The Mandalorian (2019-present)! Also, subscribe to Geek News Now and give it a like on its Facebook page!

In this article:Doctor Who, geeky love, Superman, the addams family, the lord of the rings, Valentines Day, who framed roger rabbit

The Doctor Who (DW) 60th Anniversary special is coming in 2023 and we’ve got some questions! We won’t get the answers until next November;...