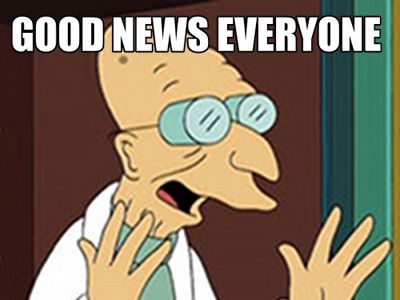 Just when you think there is no good news to be had in 2022, the announcement comes that after almost 20 years Futurama will be coming back to Hulu with brand new episodes later in 2023. At this time most of the cast has confirmed their return.

Image from The Hollywood Reporter

Futurama has had a rollercoaster of a run, first getting it’s start on Fox where the show was cancelled in 2003 to later be picked up by Comedy Central where after several seasons the show was once again cancelled. With the showing constantly being in flux the writers were able to end the show on a high note that made sense as far as endings go.

This leaves the question of how will this rebirth of the show start? One things that was great about the show was the way that, while set in the future, they were always able to use satire to talk about the issues we are all still facing in the present day.  They are already set up for plenty of Omicron jokes, they write themselves at this point.

Will the franchise be embraced by the newer generations? Unlike The Simpsons, due to the various cancellations this isn’t a show that would have been enjoyed by multiple generations due to it’s long-standing run. The show was cancelled, some people may have shared it with this kids in syndication or through streaming, but will it have the same impact for the new generation?

Since the show is still in development, we are still waiting to get confirmation on the full cast. Tell us about your favorite Futurama moments from the original series.