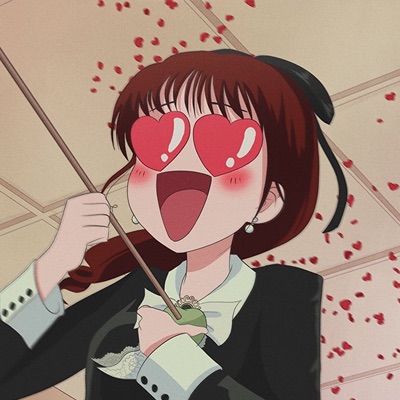 Valentines Day is right around the corner, ladies and gentlemen. With this in mind, chocolates, roses, and so much more awaits us for the upcoming holiday of love. However, those aren’t the only things to enjoy with your loved ones, or those close to you. With romance drawing near, Geek News Now will share with you some of the best anime featuring this romantic holiday. Keep in mind, not all series with that feel-good romance will be on this list. So, if you have one you’d like to share with us, leave a comment down below.

Up first on our list is none other than the infamous Koboyashi’s Dragon Maid series! Tohru, upon learning about the romantic holiday, makes a chocolate heart laced with a love potion. Secondly, Kanna also gets to celebrate the holiday when her fellow classmates shower her with candy. Being the final episode of the first season, of course things wouldn’t be considered normal.

This episode was full of laughs, but it was a refreshing break from all the magical craziness in the show. In addition, this episode included a hot springs adventure. Indeed, Miss Kobayashi’s Dragon Maid is a perfect anime for those looking for calm, domestic romance. Even if it is about a human and dragon living together.

Up next on our Valentines list is none other than a fan-favorite of mine! Tamako Love Story takes place after the events of Tamako Market. Mochizou, Tamako’s childhood friend, will be transferring to Tokyo to study filmography. Although, he still plans to confess his feelings to Tamako before he leaves. Despite some trial and error, Mochizou eventually confesses to Tamako, leaving her stunned. Despite Mochizou’s confession, Tamako runs off before she can respond.

Tamako Market and Love Story are both available to watch on the HIDIVE streaming service. This KyoAni series is full of laughs and is considered a very great slice-of-life, romcom for those that are interested.

It goes without saying that Hori-San to Miyamura-Kun is, without a doubt, a very smooth story about teenage romance. In a previous article, I stated that Horimiya had a like/dislike ratio mainly toward the anime, itself. Despite the criticism it received, many viewers found the story to be quite charming, as it continued to show the budding relationship between two high school students.

Horimiya is available to watch on Funimation streaming services. A total of 13 episodes follows the young couple in their day-to-day lives, along with a variety of colorful characters that also face their version of romance. If you’re looking for a feel good anime to keep you and your loved one in each others arm, this series is perfect for you!

Over The Moon For You This Valentines!;

Tonikawa: Over The Moon For You! is a simple romance anime. However, there’s a twist. The main couple of the series, Nasa Yuzaki and Tsukasa Tsukuyomi, are married, but are both highschoolers. But, that’s not where the story begins. After a brief car accident, Nasa saw Tsukasa as a guardian angel, because she took most of the hit from an incoming vehicle. Before she left, Nasa expressed his feelings. She explained that if they were to date, they would first become married.

The real kicker to this story is that Tsukasa and Nasa had realized that, while the marriage was sudden, neither one had proper dating experience. As a result, this leads to constant awkward situations, and hilarious misadventures as the two grow into their shared relationship.

After watching Tonikawa, I rather found the series to be quite charming in its own, cute way. I remember the old days of learning about romance, and watching this series showed me that relationships, though trivial and complicated, can be quite rewarding in the long run. If there’s one thing to learn from this series, itself, is that romance can be for everyone. You just have to be able to find your own angel, and cherish every moment together with them.

Happy Valentines To All!

With the holiday of love drawing near, excitement fills the air! Whether its in chocolates or flowers, always be sure to let that special someone know you care for them deeply. That special someone in your life is someone important to you, and Valentines Day is the perfect way to express that unique emotion. Even if you sit down and watch your favorite shows on Crunchyroll or Funimation, spending time with loved ones is what matters most.

If you would like to share how you spend Valentines with your loved one, be sure to leave a comment down below, we’d love to hear from you. Also, be sure to stop on by our Facebook page, and say hello! From all of us to here at Geek News Now, Happy Valentines Day to all, and to all a lovely good night! Stay Geeky!