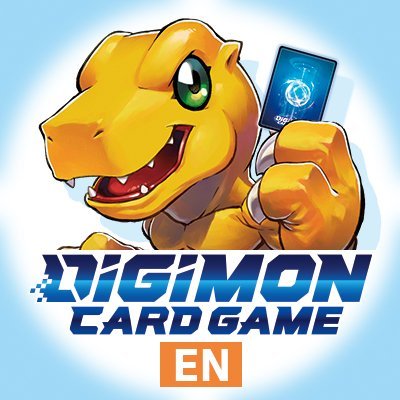 Digimon, short for Digital Monster, arrived to the U.S. in 1999. Shortly thereafter, the series garnered enough popularity to develop into a playable card game. However, despite the excitement from elated fans, this quickly began to peter out within two whole years.

This had been largely due to the insane changes between the original Japanese gameplay and its Western counterpart. However, in recent months, a new TCG following the Adventure 2020 series began to make its appearance. Let’s take a look into the Digital Monster TCG, its shortcoming as a card game, but its current rise in success.

The Digital Monster TCG released to Western players in 1999. While some understood the gameplay mechanics, others found the process more complex. People had compared the Digital Monster card game to other successors, such as Yu-Gi-Oh and Pokémon in terms of gameplay, overall.

Eventually, within two years, the original 1999 card game lost its luster, and now stood as a simple information database for Digimon. Eventually, however, a new spark began to shine.

Series Within A Series:

In January of 2021, a brand new version of the TCG began to make its way to Western players. This new version of the TCG had not only simplified game mechanics, but was easy to understand. Simply by using Digitama, Security Cards, and easily explainable stats, the new Digital Monsters Card Game (2021) began to grow in high popularity.

What had made this new version of the Digimon card game special was the fact that it followed very closely to the Digimon Adventure 2020 series. But, that wasn’t all. In addition to the 2020 series, the TCG also included other forms of Digital Monster media. These included:

This is to just name a few of the series. Not only an excellent choice, in my opinion, but this also meant more options to diversify your deck builds. In addition, there had also been numerous releases within the year of Starter Decks to help new players warm up to the unique style of gameplay.

The New Way To Play Digimon:

To win the game is quite simple: Attack and defeat your opponent. This method is achieved in one of two ways:

The top 5 cards of the deck are taken and placed to the side as Security, without looking. In addition, the player can also have up to 5 Digitama-level (Baby) Digimon set to the side. The Memory Gauge located between the two players are a row of shared numbers. Memory is used to play or Digivolve your cards. Each time the gauge reaches past zero, the turn shifts.

You can check how an average game is played by clicking here. Despite the complexity of keeping tabs on everything, your main objective is to defeat your opponent and their security.

How Can I Partake In The Digimon TCG?

Ever since its prior release date, the Digimon TCG continues to grow in popularity amongst both card players and fans of the show. Whether you want to purchase some of your own to collect or use against future opponents in battle is entirely up to you. The card game is available to purchase at your participating stores, or your local card shops. Personally, I’d prefer checking into card shops, as they often sell the cards either individually or for low prices.

That about wraps things up for us here, folks. If you’re a current player of the TCG, and have an opinion or question you would like to share, be sure to leave a comment down below. We’d love to hear from you! Also, be sure to check out our Facebook page for more content, as we continue to share the latest in the know. As always, Stay Geeky!

Variety announced today that the PlayStation’s Twisted Metal is set to become the newest comedy on Peacock.  Twisted metal was a global phenomenon for...