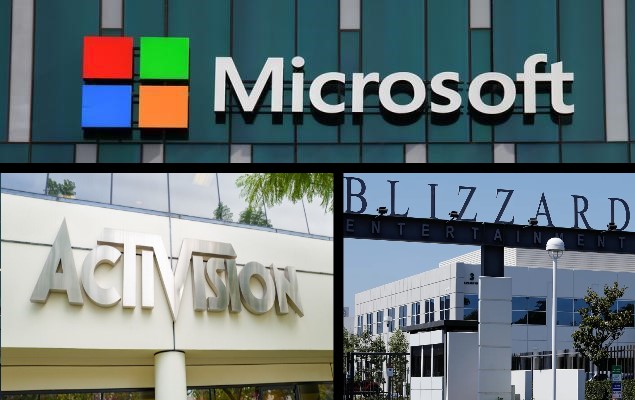 In a short enough time to make speedrunners blush, Microsoft has acquired Activision/Blizzard. The first reports about interest came in on the same day as the sale. At $68.7billion it dwarfs any other game company takeover, it even rivals Disney’s merger with FOX which cost $71billion. The previous record holder was Take-Two buying out Zynga which was $12.7billion which looks tiny in comparison.

What does Microsoft now own?

In addition to all of the other franchises Microsoft owns, this purchase adds some of the biggest series on the planet to the Xbox umbrella.

From Activision, Call of Duty alone is worth $27billion according to Activision, making it one of the most successful entertainment franchises ever. It’s not the only heavy hitter Activision has however. Classic franchises Crash Bandicoot, Spyro the Dragon and the Tony Hawk games are now in the Microsoft family. Legendary rhythm game series Guitar Hero follows as well, as well as toy selling giant Skylanders.

King Mobile is also part of the sale and give Microsoft a large part of the mobile gaming market. Mobile game giant and Emoji Movie setting Candy Crush was created by King, as well as Bubble Witch, Pet Rescue and Farm Heroes.

The largest name for core, non-COD, gamers however is Blizzard. Their names are the ones that have grabbed the most attention. The long enduring titan World of Warcraft, the most successful MMO of all time is now owned by Microsoft. The Diablo series with the hotly anticipated Diablo IV has also arrived. And Overwatch, with it’s professional esports league, has come under the umbrella.

Why Activision? Why now?

It’s no secret that the last year has been difficult for Activision/Blizzard. The allegations made against the company range from upsetting to criminal. Employees are suing the company for workplace discrimination. There have been calls for the CEO Bobby Kotick to step down due to his knowledge of sexual harassment. Other games publishers have distanced themselves and made statements against their workplace practices. This includes Microsoft gaming head Phil Spencer who in November said he was “disturbed and deeply troubled by the horrific events and actions” of the company.

However for Microsoft the rewards for this are great. A complete purchase of Activision/Blizzard opens up a lot more games to be added to Game Pass without licensing issues. Call of Duty exclusivity, they believe, will bring console and PC players over to their services. This is similar to the Bethesda deal, which added their games to Game Pass as well. On the negative side Microsoft now have to deal with a company culture still on fire. In his statement about the acquisition Phil Spencer detailed the “journey of inclusion” that Microsoft pledges as well as treating employees with “dignity and respect”. Bobby Kotick however will keep his position as Activision/Blizzard CEO. Phil Spencer will be the one in command after the transition completes but he has not detailed any concrete changes.

Microsoft as a whole keeps a positive reputation amongst gaming circles as being one of the nicer companies to work for. Many hope that rubs off.

What does this mean for Gamers?

The overall effect on game players is unknown but we do know that Microsoft plans to put their new games library onto Xbox Game Pass. This is makes an already popular service even more desirable. What may have more of an impact is any exclusivity. Sony players with their PS5’s may have to wait longer for Activision games, if they get them at all. This is important as during the PS4’s heyday Call of Duty would frequently release content earlier for Sony. This also puts PS1 favourites like Crash and Spyro seemingly forever out of reach. Players on Switch may not see much of a difference due to a generally positive relationship it and Microsoft share.

For PC players they may find themselves drawn more to the Xbox PC service. Game Pass having new games is a great incentive. The future of Blizzard’s launcher Battle.net is now in question. This was how many accessed games like WoW and Starcraft, and was also where users could launch games such as Call of Duty: Warzone. It doesn’t appear likely that Microsoft will bother with two separate services such as this for too long.

What does this mean for Microsoft and Activision/Blizzard’s future?

What is unknown for each company is how the community will react as the shock of the news dies down. There’s already wonderings about how this may fix Activision/Blizzard’s tarnished image. Blizzard in particular has been hurt, after a community they fostered and managed for so long had to deal with the fallout of these allegations. That lawsuit still hangs over everything. Will Microsoft attempt to defend their new purchase, months after publicly condemning them? Or will they let whatever happens, happen and accept the consequences?

One thing is certain, Microsoft are now the third largest video game company in the world. Sony remains at number one and the competition looks to be only growing fiercer for the top spot.