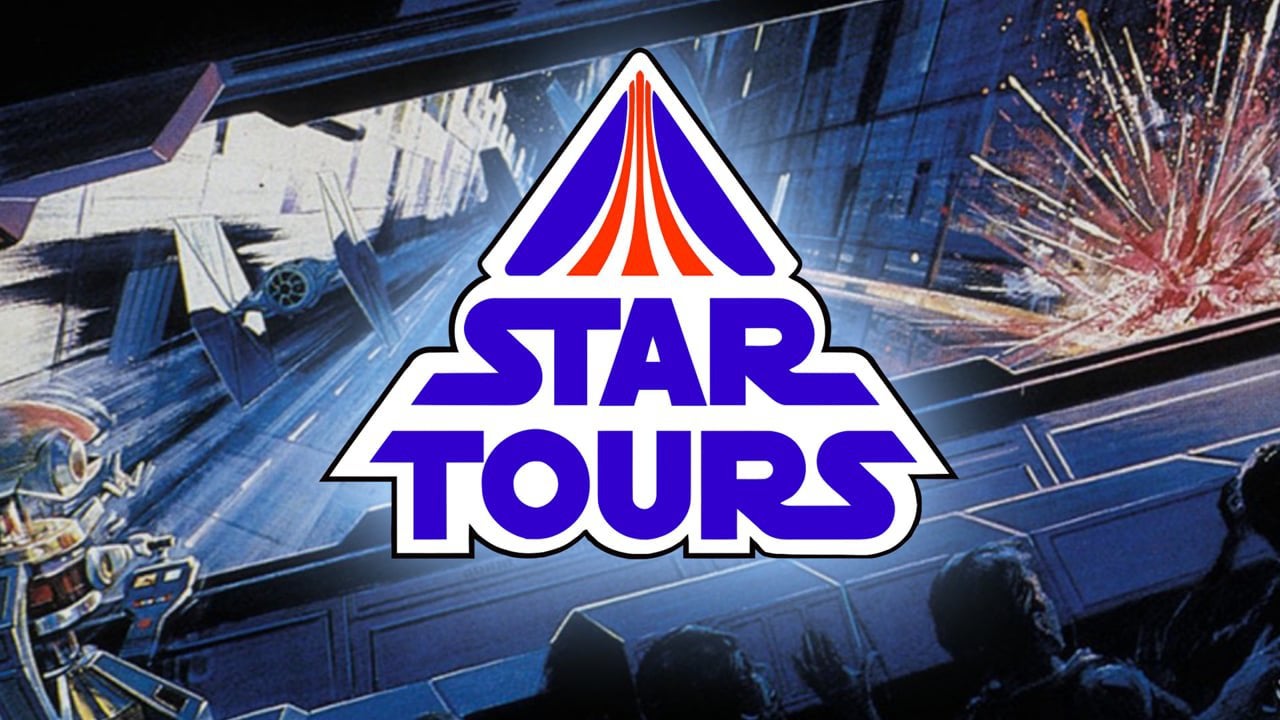 Star Tours — 35 years old as of January 9th, 2022! A long time ago, Disney imagineers made possible a flight simulator ride beyond imagination which took patrons on a brief trip across the stars. Whether it’s the original run or the updated versions, this Star Wars themed attraction makes for an awesome time! If you know from experience, you know… But if you haven’t yet gone on this ride, let’s take a brief look at the facts for both the original Star Tours and its sequel Star Tours — The Adventure Continues!

C-3P0 oversees the maintenance of a StarSpeeder 3000! Picture credit to d23.com

In the beginning, January 9th of 1987, Star Tours debuted at Disneyland and fans were in for a treat: patrons followed the lines in the Star Tours Agency’s building, surrounded by audio animatronic droids (including C-3P0 and R2-D2) and a variety of props, posters, and an out-of-commission StarSpeeder 3000 gave off the feel of a Star Wars world… This was before the all-out effort for Star Wars: Galaxy’s Edge and its significantly immersive vibe.

Patrons, guided by droid captain RX-24 (aka “Rex), took their seats and prepared for a cruise to a post-Return of the Jedi (1983) Endor… but mishaps occur during the flight and before you knew it you were skyrocketing into an unplanned adventure!

Quick note: this ride was created in the mid 1980s when Paul Reubens, the voice actor for Rex, was still playing Pee-Wee Herman; and honestly, you can kind of hear a little Pee-Wee in the robot pilot.

The original version of the ride was much more linear in where you went. It took you directly from the Star Tours docking bay to a storm of comets, into a space battle between the New Republic and the Imperial Remnant (which included an attack run on yet another Death Star), and then landing in another Star Tours facility.

A battle on the planet Hoth! Picture credit to YouTube (via WML95 channel)

The current version of the ride, Star Tours — The Adventure Continues, is significantly multi-faceted. It has 700 different ride experience possibilities! It contains twenty-one random segments of the film — four openings, five destination scenes, seven hologram message and five ending possibilities — and though it has so many potential combinations it does not mix characters or locations from the original and prequel trilogies with the sequel trilogy.

In the updated ride, your pilots are none other than droids C-3P0 and R2-D2! They guide you through this random variety of situations and locations to escape The Empire or The First Order. You get many great cameos of established Star Wars characters; some to help you (Han Solo, Lando Calrissian, Princess Leia Organa, Yoda, Rey) and some to hinder you (Darth Vader, Boba Fett, Kylo Ren) while they seek out a “Rebel spy”!

“It’s literally my favorite ride at Disneyland.” said Andrew Orozoco. “Its usually the end cap for when I go, I get on at least twice before leaving. I love it a lot! Only been the spy once when I was a kid lol.”

“My wife and I had our honeymoon at WDW, and our first stop was Hollywood Studios for Star Tours.” said Jimmie Draper. “I never did get ride it as a kid, but I sure felt like a kid seeing the queue, and buckling in for the ride! Such an awesome time!”

Over the years since 1987, Star Tours went through changes and updates to fit the prequel and sequel trilogies; abandoning the original story and taking up something new to meet the adapting story and its numerous and eye-opening worlds — Hoth, Tatooine, Naboo, Jakku, and more besides. Originally a partnership between George Lucas and Disney, though with Disney now owning Star Wars, it is an amazing example of imagineers having put together a ride which wowed fans for decades and hopefully will continue to do so for many years to come!

Come to Star Tours and take a wild ride, you Rebel! The good guys need you to get the spy safely delivered to help restore freedom to the galaxy!

What are your favorite Star Tours memories and experiences? Comment below! Check out this Geek News Now article about the 1990s “Power of the Force” toy line for Star Wars! Also, subscribe to Geek News Now and give it a like on its Facebook page!