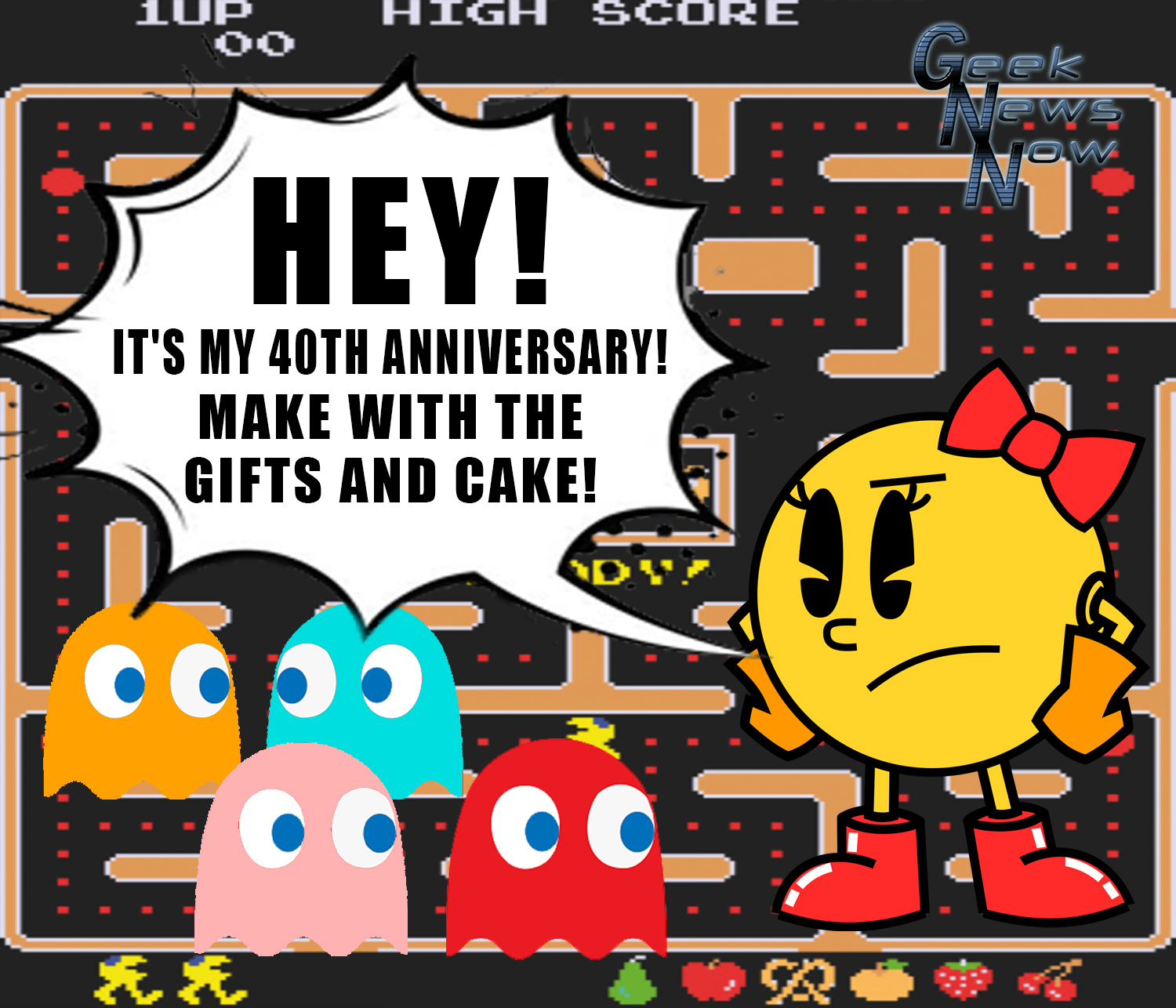 On this day 40 years ago we got the arrival of an arcade classic and the birth of an icon, Ms. Pac-Man. While it technically made it’s actual arcade debut in February, the official publishing of the game for the market is January 13th. Ms. Pac-Man is considered by many to be gaming’s “First Lady” and is an industry icon. Even people who have never even played an original Ms. Pac-Man arcade unit know who the character is, she’s basically a household name. But where exactly did she come from? That story is an unconventional one.

Two MIT students, Doug Macrae and Kevin Curran, were actively into the arcade cabinet modding scene back in the late 1970s. It wasn’t unheard of for arcade enthusiasts to tinker and change arcade cabinet game codes to add new features to said games. Macrae and Curran were taken to court by Atari for modifying and selling their own “enhancement kits” to use with Atari’s Missile Command. Eventually the case was settled out of court and Atari actually brought the two MIT fellows on board as employees.

Having learned from the experience, the two decided for their next hobby modification to go through the legal channels, with Pac-Man. Namco, the creator of Pac-Man, had no official presence in North America at the time, but they did license out Pac-Man through Midway (future creators of Mortal Kombat). The two men approached Midway with their own modified version of Pac-Man that was harder, had improved enemy AI, and included a few gameplay tweaks.

Midway liked the idea, and even worked with Macrae and Curran by making the character look like a female counterpart of Pac-Man, complete with a bow and beauty mark. However Midway  wanted to run it by the honchos back at Namco, who in the end signed off on the game as long as they got rid of Ms. Pac-Man‘s silly pixel red hair.

I have fond memories of playing Ms. Pac-Man with my own mother growing up, it’s one of the few games that actually transcends generations as my mother was a young teen when the game came out. I remember watching her play it on her phone, back in the day before all phones were touchscreen, and my mom just breezing through the game like it was nothing.

We took a questionnaire over on the GeekNewsNow Facebook page about Ms. Pac-Man’s 40th anniversary and got some great responses from our staff.

“Well, I used to play Ms. Pac-Man at Pizza Hut when I was a little kid in the 90s. Gameplay was a little repetitious, but simple enough. But who can argue they never “ooh” or “ahh” at the game’s bright colors and sound effects? You don’t play that game because of the challenge — and it can be challenging — but rather you play it for the satisfaction of making those beep noises; plus the nostalgia nowadays, that’s also a factor.” – Johnny Lynch, GNN staff writer.

“We played at a place here in Dallas called Krystals. It was a combination pizza parlor and arcade. We loved playing on the table top unit they had so we could eat and play.”  – David Furr, GNN staff writer.

Remember how I mentioned my mom loved the game? Well I asked her what she remembered about Ms. Pac-Man. She said: “They had them at Chuck-E-Cheese’s, bowling alleys, and liquor stores. I even remember playing it at the Redondo Beach Pier (CA). It was a big deal for there to be a Ms. Pac-Man, sort of like a Minnie Mouse and Mickey Mouse comparison for Pac-Man. We had to wait in lines and gathered around just to hopefully get a chance to play. And if a player was really good you would be waiting for quite a while. Aiming for a top score and seeing your initials on the screen was a big deal back then.”

If you want this special unit it’s going to run you $699. But if you really want it, here is the link for Gamestop where you can order it.

Bandai-Namco (No longer simply known as Namco these days) has big plans for gaming’s first lady this year. They are re-releasing several different “40th Anniversary” edition arcade units to celebrate including a version of the table top one David Furr mentioned! Do you have any fond memories of this arcade classic? Comment down below! For more retrospectives, news, opinion pieces, reviews, and gaming related articles make sure to subscribe to GeekNewsNow! Be sure to check out our other gaming related articles like our favorite games from 2021 right here!

Ahoy geeks, Jimmie here again! It is that time of the year again…Valentine’s Day is almost here (almost being a very subjective term as...