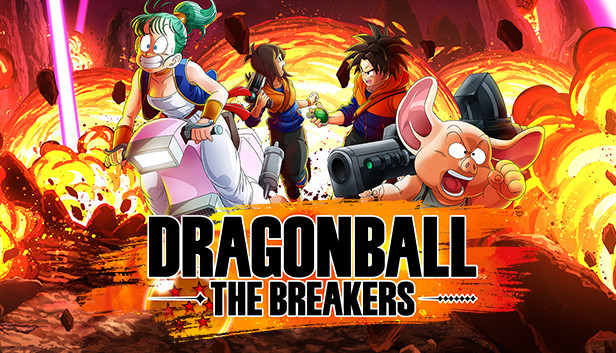 Dead By Daylight was a fun game, and is still fun in it’s own glory. Sneaking around enemy lines, evading capture, and attempting to escape the clutches of evil are all quite exhilarating. However, with it being the fresh year of 2022, a change of pace is something to look forward to. With that in mind, let’s talk about Dimps, and their own take on their Survival Game, Dragon Ball: The Breakers.

Following an announcement trailer released by Bandai Namco on November 16th 2021, Dragon Ball: The Breakers currently has no official release date, as of yet. However, the trailer shown holds some promise as the game continues development. Following the concept of Dead By Daylight (2016), Breakers takes place in the Xenoverse games.

In Breakers, players can choose between playing as Bulma, Oolong, or an Earthling Male or Female. These are known as the ‘Survivors’, with the objective to escape using a Super Time Machine, and to avoid the ‘Raiders’ at all costs. Along the way, each player can pick up power-ups or items to aid them, should they be confronted by any of the enemy players.

These ‘Raiders’, on the other hand, include familiar faces such as Cell (All Forms), Kid Buu, and Frieza (Includes Final Form). These opponents’ objectives are to seek out the Survivors and eliminate them before they can escape. Don’t be discouraged, though. If you’ve ever played Dead By Daylight, I’m sure you’ll be able to pick up this game, no sweat.

Dragon Ball: The Breakers is developed by Dimps, and published by Bandai Namco. It’s an asymmetrical action game, with the concept mirroring Dead By Daylight. Dimps is also responsible for Sonic The Hedgehog, Street Fighter, and other Dragon Ball games. With this in mind, I can see where the developers are coming from. Instead of making another 1v1, arcade-style, button mash game, developing a survival game that gives off DBD vibes, but with a Xenoverse concept added to it is quite aesthetically pleasing.

The upside to this is that everyone loves a good, old-fashioned survival game. Whether it be something along the lines of Among Us (2018), or Deceit (2017), Dragon Ball: Breakers sounds quite fun. However, the downside is the fanbase. Despite the Dragon Ball series garnering a massive overhaul of fans throughout its years of success, it’s still a Dragon Ball game to the eyes of many.

With it following the same concept of Dead By Daylight, many non-Dragon Ball players might turn the other way, after looking into it for a little while, realizing they could just simply play DBD. On the other hand, this is the fresh new year of 2022. So, perhaps there is something to look forward to if Survival game players consider giving this game a chance.

This upcoming Dragon Ball game will be available to play on the PS4, Nintendo Switch, Xbox One/X/S, and PC sometime this year. As for me, I’ll be looking forward to seeing how the game holds up as a survival game.

That’s all from me for this week, folks. If you have an opinion on Dragon Ball: The Breakers, but would also like to see where the game might go, be sure to leave a comment below. Also, be sure to stop on by our Facebook page, and say hello. We’d love to hear from you. Here’s to a brighter year!

And, as always, Stay Geeky!