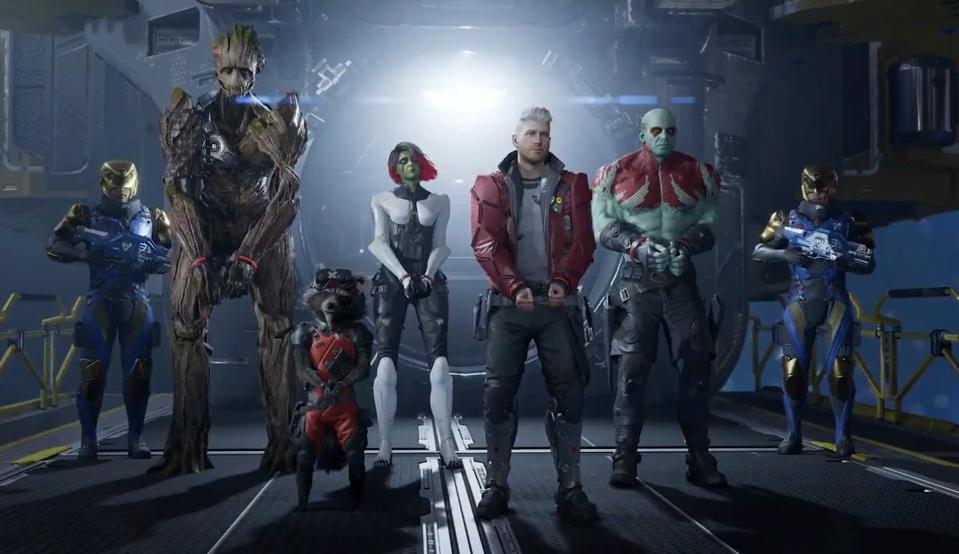 This past year was a bit of a slower year for gaming, and a lot of that can be placed squarely on the fallout of COVID and such. This was the 2nd year of the pandemic and things have slowly gotten better, but a lot of the tech sector still has not recovered. The low supply of materials for new consoles and even PC parts has had a negative outcome overall for various game developers. And yet, despite that we actually got some awesome heavy hitting games (just not as many as were originally planned). I asked a handful of our staff to share what games they enjoyed this year, here are our top picks!

My fellow staff writer, Nathaniel, said that Halo Infinite‘s campaign was a standout amongst the year’s titles. Considering the rave reviews the game has received I am inclined to believe him. After infamously taking an extra year to develop and flesh the game a bit more, 343 Studios has delivered one of the best Halo games ever! It’s great to see that the extra year of development time has paid off for them!

Halo Infinite has a much more “open world” approach over the more linear-style entries before it, and it seems to be a welcome addition by many. The online is considered some of the best multiplayer this year (compared to Battlefield 2042 and Call Of Duty: Vanguard).

Metacritc currently has it sitting at 87 with Comicbook.com saying “…the latest entry in Xbox’s flagship franchise has again verified why Halo is one of the most popular gaming properties on the planet. Even though this series is now two decades old, Halo Infinite proves that there is still plenty of creative juice left in the tank to make Halo feel fresh and relevant in the modern landscape. In simplest terms, Halo is back.”

Kat (one of our other staff writers and social media guru) and myself had a blast with Far Cry 6! Kat praised the level of destruction that is present in the game as well as the lush environments and open-world nature of the game. I enjoyed the performance of Giancarlo Esposito as the villainous dictator, Anton Castillo. While the story isn’t all that amazing, the character models and visual fidelity of the game is simply stunning! Clearly a lot of the budget went into nailing the environments and getting the motion-capture just right.

The game does have a lot of bloat and filler though, but not as bad as past Far Cry games in my opinion. The game would have been much more palatable if it was maybe 30% shorter, would have been a tighter experience overall. That said the game is basically just more Far Cry. If you have played any of the Far Cry games since Far Cry 3 then you’re not missing much. But if you love the random chaos of those games, then this newest entry is definitely for you (as it was for me).

Loop Hero is an indie delight that came out on PC earlier this year but recently just came to Switch (where I played it on). In theory I shouldn’t like Loop Hero because I do not enjoy RTS (Real-Time Strategy) and Roguelike styles games, the two genres it borrows most of it’s elements from. However, Loop Hero combines these elements to create a very passive and addictive little game. In essence you play as a sort of DM (dungeon master) role where you play cards on the board to populate the map with hazards and beneficial terrains. Your character (with three different playable classes) goes around the board completing loops collecting loot and slaying creatures until the boss appears.

The game has you repeating loops to collect resources that you take back to your camp to craft new buildings, items, and gear that will aide you on your next dungeon loop. Loop Hero is currently sitting at a 84 on Metacritic. Nintendo Enthusiast said this about it: “Those who love roguelikes must absolutely play this refreshingly weird game, and even people who detest roguelikes may find themselves captivated by this game’s unique and imaginative mechanics. Loop Hero is the best example of indie ingenuity.” The game is by far my favorite indie title of this year, and if you give it a try I am sure you’ll have trouble putting it down too!

One of the best handling and feeling games I have played in a long time, Scarlet Nexus is a joy to play! The movement feels amazing and fluid, which is very important for an Action-JRPG. Scarlet Nexus is gorgeous with a very unique art style and a futuristic brain-punk setting, this makes it stands apart from other titles in the genre. The combat is the game’s strongest point, it’s very experimental and full of crazy attack combinations. You can hurl vehicles at the enemy with your psychic abilities, borrow your teammates’ super powers, and just unleash visually satisfying melee combos! While the story itself is not amazing, it is certainly serviceable and the characters are highly likeable and varied.

RPG fan had this to say: “Scarlet Nexus manages to excel in the most important area for any game: being fun. Combat never gets old as you tear apart your enemies in glorious style, and the large cast of characters really grows on you.” The game has such a unique style with dramatic camera angles and close ups that enhance the frantic combat and definitely add to the overall anime aesthetic. The only thing holding it back is the cutscenes are very much done in the traditional side panel/cue card way with the cardboard-like characters just staying in place to talk, it just feels  bit low budget when they do that. Don’t sleep on this title, the pros far outweigh the cons!

Marvel’s Guardians Of The Galaxy

When Guardians first was revealed back over the summer I knew it was going to be a much better game than the previous year’s Avengers game, but I had no idea how special it would end up being. I was pretty optimistic when I wrote about it being setup to be a successful game back when we first saw it during E3, and man was I right! The writing is some of the best I have seen in a game. Because of the game’s length we are able to learn so much about the Guardians through witty banter and overall well-delivered dialog. Each character gets fleshed out in their own standout moments in a way that a movie simply doesn’t allow.

The Guardians property, because of the movies, is heavily attached to great soundtracks, and the game absolutely delivers in that department! There’s some Blondie, Iron maiden, Tears For Fears, and more; I can’t imagine getting the licenses for all those songs was easy, so kudos to the team for pulling that off. There is only one major hang-up I can think of, and unfortunately it’s a pretty big one and that is the combat. The combat is great for the first few hours, but man does it wear thin by the end.

In the last two chapters of the game you are met with wave after wave of enemies and the cracks in the gameplay start to really become apparent. It essentially boils down to switching Starlord’s ammo types for the appropriate enemy and it just becomes a drag. Fortunately it’s not too bad and the rest of the game’s attributes do the heavy-lifting.

There were so many other games I wanted to include in the list but then this piece would be way too long, so I left them out. But if you want to sound off in the comments about your favorite games from this past year then be sure to post them down below! Disagree or agree with out mentions? Then voice your thoughts about that too! For all things geeky be sure to subscribe to GeekNewsNow!