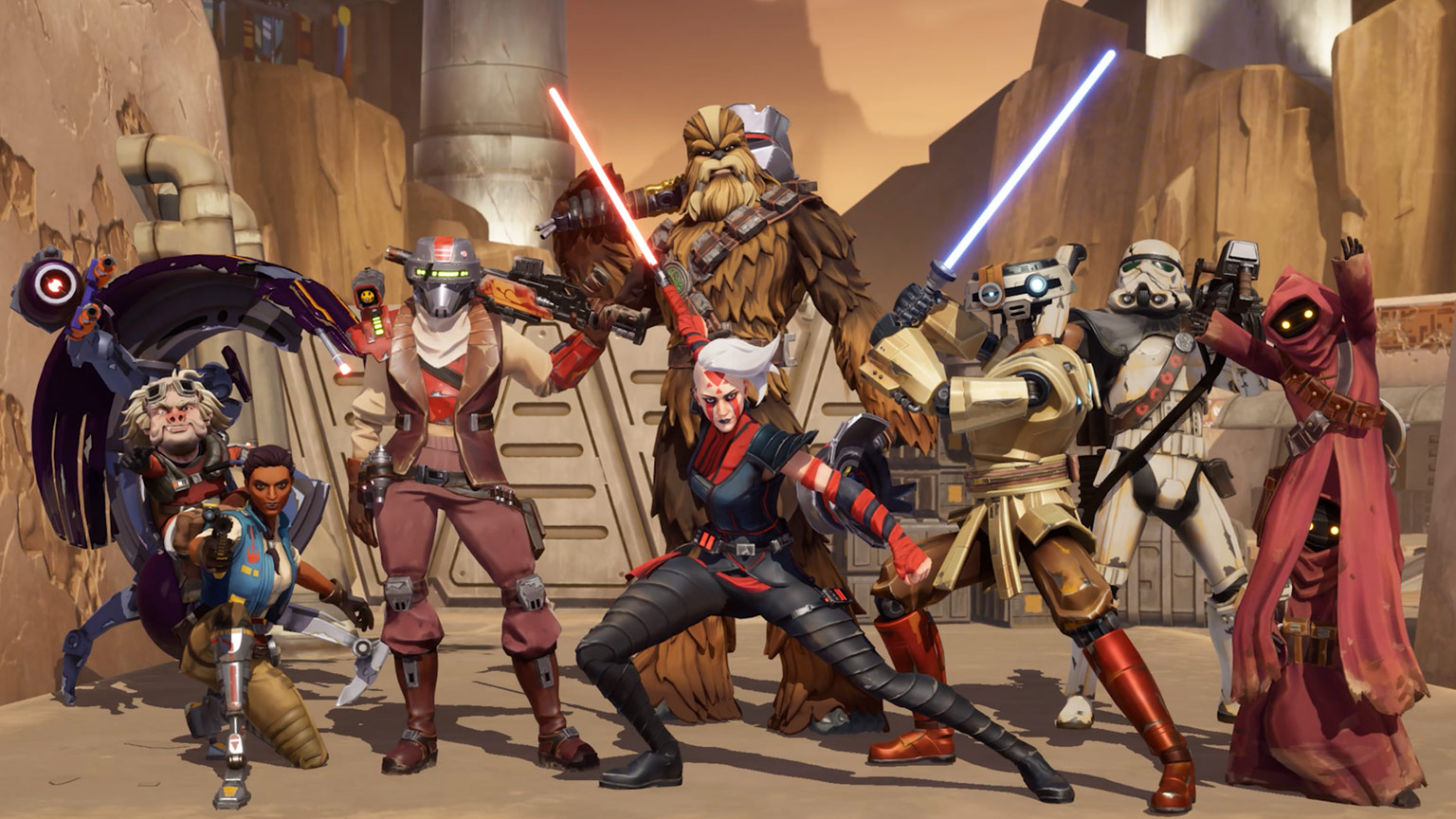 Earlier this week Zynga showed gameplay and playable characters for it’s free-to-play game, Star Wars: Hunters. The game is an arena shooter with 4 vs. 4 player matches featuring various characters that run the gamut from every corner of the galaxy. The trailer shows the Vespaara system that seems to serve as the host planet for this gladiatorial arena. We see glimpses of other stages such as Hoth and Kashyyyk. At last the trailer introduces us to the cast of characters. We first got a teaser for the game back in February and even speculated on what kind of game it could be. Clearly it’s a hero/arena shooter in the vein of Overwatch and Valorant. We still don’t have a release date for the game other than it coming at some point in 2022. Currently it is planned only for mobile devices and Nintendo Switch.

If you wish to see the actual trailer itself then check it out below.

Personally I’m not too thrilled about it, but it being free-to-play means I will definitely give it a try when it comes out on Switch. What are your thoughts? Think there is room for another hero/arena style game in the competitive game scene? Does everything that has a Star Wars skin on it do well? Post your thoughts down below and I will respond.