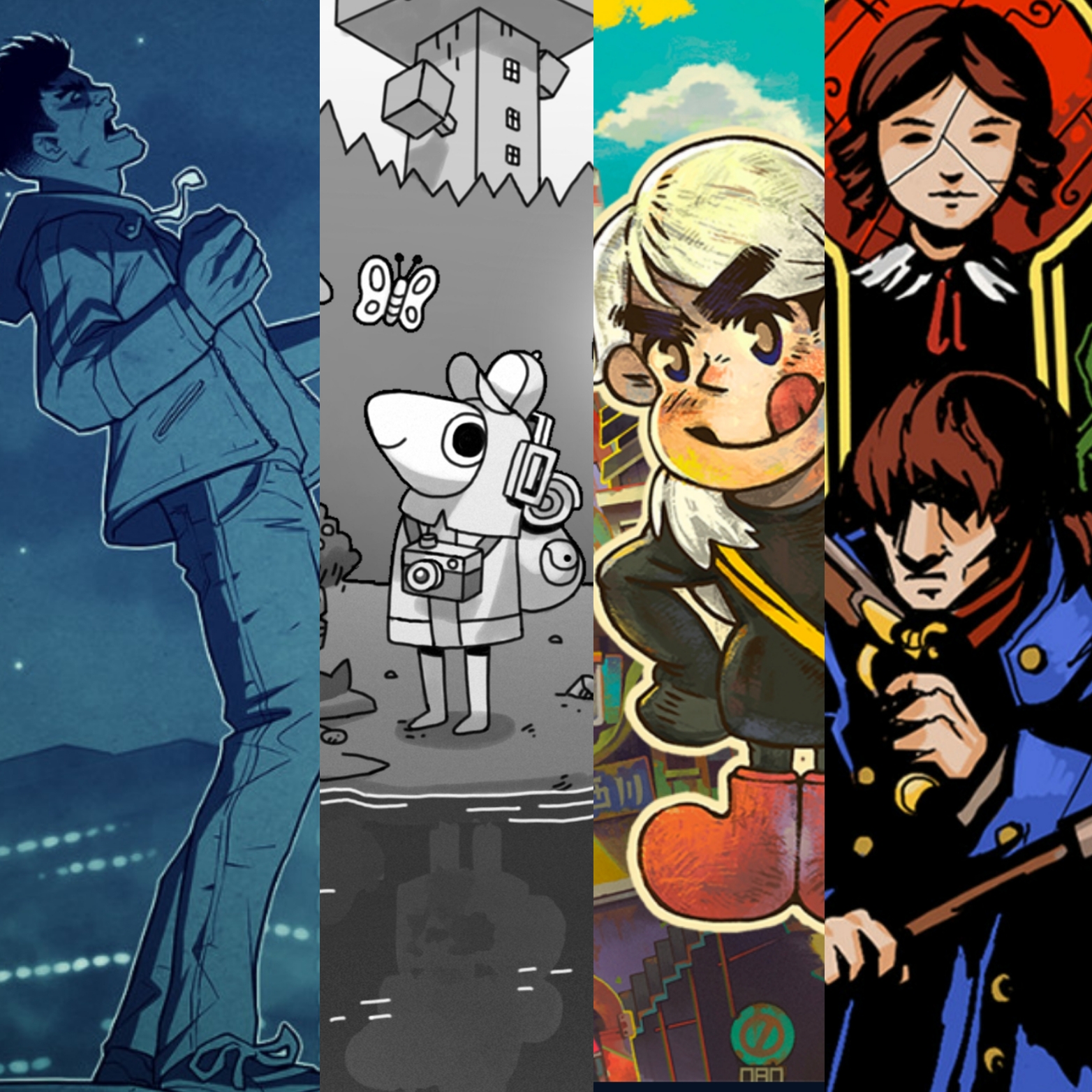 2021 has been a strange year for triple-A games, but a great year for Indie games. So many awesome titles came out this year that were not developed by the bigger studios that it can be easy for some of them to get lost in the shuffle. I’m still working my way through Sable and I have yet to play Death’s Door yet, so I’m just including the Indie games I have completed this year that are worth playing before 2022 arrives. If you are looking to pad out your backlog with some smaller, but terrific, titles then check this list out.

Occasionally I find myself wanting to play a game that doesn’t require me to engage with some form of antagonistic force. Even some sports and puzzle games, lacking any external violence, still have losing conditions you have to work against (time limit, finite number of tries, etc.) But Toem is a game that gives you something to work for rather than against. Your main goal is to reach a mountain to witness a special natural phenomenon. The game gives your character a camera and kind of just lets you loose.

Granted, you can’t jump straight to the ending, the game is about 4 hours give-or-take. You use your camera to take pictures of people, places, or things to check things off of a scavenger hunt list and then progress to the next area. Toem follows one of my favorite gaming trends of presenting 2D characters in a 3D space and the entire game has the beautiful monochrome aesthetic that just clicks (pun intended)! You can switch the isometric camera to 4 fixed angles, much like Final Fantasy Tactics, to help you navigate the game’s world and the controls feel pretty solid. Toem was developed and published by Something We Made.

The Hospital section of the game is one of the most uncomfortable sequences of any game I have played.

Little Nightmares 2 does a great job of making you feel uncomfortable and powerless, while still being pretty forgiving. You will find no blood in this game, yet I found it to be a bit more disturbing than even some of the gorier rated M games I have played in recent years. It plays as a side-scrolling platformer with a heavy “Silent Hill meets Tim Burton” vibe. While the environments don’t seem very varied on the surface, each portion of the game does have it’s own unique theme and puzzles/challenges to help differentiate it as it’s own separate section.

Despite there being no dialogue, the characters and environmental story-telling do more than enough to get the basis of the story across. The boss encounters are exciting and dreadful in equal parts and some of the most creative conflicts I have seen in a game in a very long time. This game is a prequel to the first and I didn’t feel lost despite not playing the previous game, so this makes for a fine entry point for newcomers. Little Nightmares 2 was developed by Tarsier Studios and published by Bandai Namco.

Early on In Lamentum you are treated to some gnarly bloody scenes.

I’m cheating a bit with this one, as I reviewed Lamentum earlier in the year, but honestly it’s been occupying space in the back of my mind since I finished it. It takes one portion of Resident Evil, one part Silent Hill, and mixes it together in a bowl with pixel art and Lovecraftian horror. Set in a castle that exists on two different planes of existence filled with terrifying creatures and eldritch horror elements, Lamentum is a horrifying good time. With an overhead camera, players will wander around a pixelated castle, solving puzzles, taking notes, and swinging at creatures with melee weapons. Firearms are present in the game, but as in most horror titles ammo is a scarce luxury.

There are a few tiny issues with the game, namely that you can sometimes get stuck on the environment or stun-locked by enemy attack animations, which are common problem with these style of games. This game pays a lot of homage to older classics with it’s many nods and references to the genre. The save room music used early on is almost exactly like the save room music used in the original Resident Evil 3, and the enemies look like creatures you’d see in a Silent Hill entry. If you are curious you can check out my full review of Lamentum here. Lamentum was developed by Obscure Tales and published by Neon Doctrine.

Screenshot from the game. Image from Steam.

Blake: The Visual Novel is indie developer Ori Mees’ first foray into making a video game and she has knocked it out of the park! As the name clearly states this is a narrative heavy game with the player clicking and making choices throughout the intricate story. I’m not usually a fan of visual novel style games as they tend to be passive experiences rather than active. That’s not really the case here though as there are interactive moments that require speedy selection, ingredient mixing, and even some fun math-based minigames I got a kick out of.

The story follows Blake, your traditional nine-to-five office worker in a not too distant future who blacks out periodically and gets entangled in a futuristic conspiracy. Unsure of what’s going on he forges relationships with his coworkers and friends and tries to piece together not just the conspiracy but the mystery of himself! There are multiple endings (I got two “bad” endings myself) and plenty of reasons to play through this title repeatedly. It does have a slow burn of a start but then quickly captivates your attention and pulls you into the story. The writing and characterization is well done and I plan on going back for at least a good ending. Blake: The Visual Novel is self-published under Mees’ “LegendOri Productions” and you can find the steam page here.

The mining town where our protagonists live. Image from Finger Guns.

Eastward is a delightful action-adventure game that takes some influence and cues from A Link To The Past, Sword Of Mana, and Earthbound. While I have not finished this title (In fact I am a bit early on in the game) I am enamored by it and didn’t see that much conversation around it. Thus I felt compelled to throw this one on the list. The story follows John and Sam, a mysterious girl that John adopted, who live in an underground mining town. Sam yearns for exploring the outside world and through a series of shenanigans the two find themselves expelled and out into the world on a journey eastward. The pixel art here is some of the best I have seen in a game and the lighting and art direction are warm and inviting!

Players switch between John and Sam on the fly to solve puzzles and to fight against the various enemies in the game. John is the tank of the two, using bombs and a frying pan for melee. Sam uses a mysterious magic to light dark areas as well as hold enemies in stasis. The two have a great adopted-father-and-daughter relationship from what I have seen and I look forward to seeing it develop further! There is also a really neat traditional rpg in-game that Sam and her friends play called Earthborn that shows up once in a while and it is clearly an homage to Dragon Quest. Eastward was developed by Pixpil and published by Chucklefish.

2022 is about to be packed with a lot of triple-A games and the competition for your playing time is about to become fierce, Don’t let what’s left of this indie-packed year pass you by, play these titles soon! Want to share what games you played this year? Perhaps you disagree with some of these or think I snubbed others? Go ahead and comment below and I’ll do my best to respond.