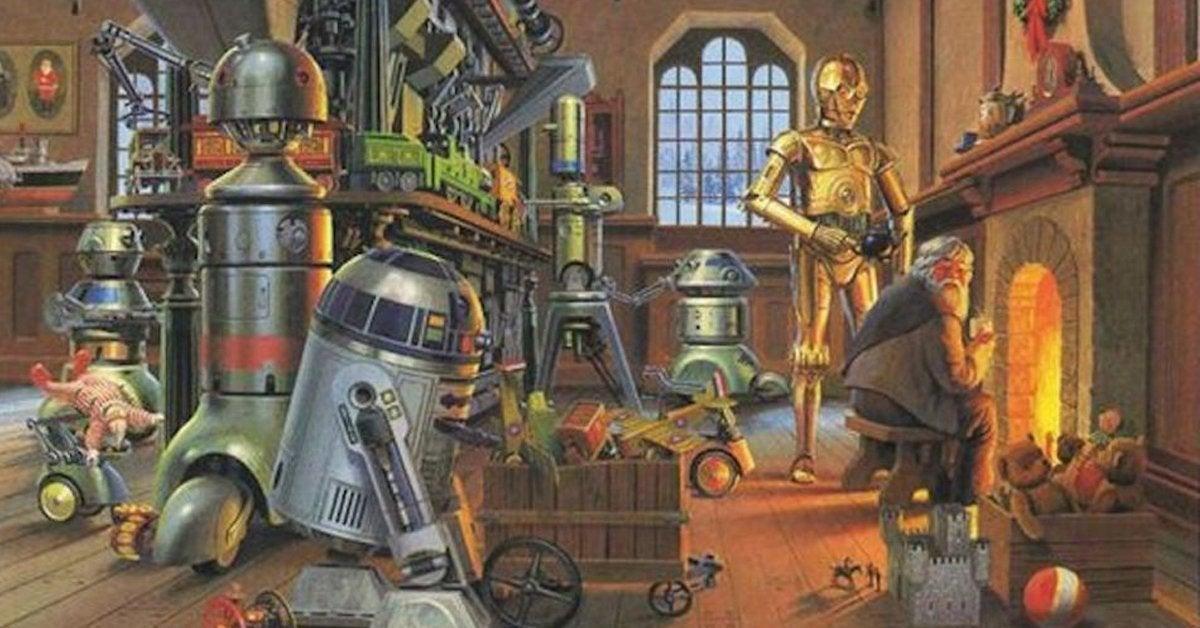 Imagine a scenario in which ten characters from the Original Trilogy of Star Wars found their way to present-day Earth… during the Christmas/holiday season! Imagine further that each character discovers our treasure trove of holiday-themed movies and took some back with them to their reality: let’s explore which of these films would best fit each Star Wars character!

Ralphie Parker (Peter Billingsley) wanted a Red Ryder BB Gun; Luke Skywalker wanted to get off of Tatooine and do things with his life… and both had adult figures lecturing them that for their own good they couldn’t have what they wanted! Luke would see and appreciate Ralphie’s story.

Neither Han nor Chewie would go for a sugar-coated traditional Christmas film. They are scoundrels who probably like to kick back and watch something exciting. Die Hard and Lethal Weapon are unorthodox Christmas movies, but both are laden with Christmas spirit. For instance, Die Hard lead John McClane (Bruce Willis) and Lethal Weapon leads Martin Riggs (Mel Gibson) and Roger Murtaugh (Danny Glover) rediscover the importance of family… and then kick some major butt!

Lead character George Bailey (James Stewart), who wants more for himself, instead leads a life of responsibility and service to people who need him; whether it’s the people of Bedford Falls or his own family. Leia, who leads a similar life, would feel refreshed in her path after seeing George find the will to live and that his life has meaning.

The point of the story: a bitter man who, after being shown the potential to do good in life, desires to turn toward the light. Obi-Wan would see these films and wish such a thing could happen for his former apprentice, Anakin Skywalker. Plus, something about that Jacob Marley fellow in Scrooge (1970) seems very familiar…

Vader concentrates on evil to keep himself steered in that direction… but then comes this Christmas movie featuring a young boy who has the brains and courage to fend off his assailants with home-made defenses! Kevin McCallister (Macaulay Culkin) would remind Vader of a certain boy from his past who also dabbled in invention and took no guff. What’s more, Vader’s icy heart might warm up slightly to the story of a son reuniting with his loving mother.

Threepio and Artoo could appreciate a story with solid friendship like between reindeer Rudolph and Hermey the elf! What’s more, Rudolph is a story about finding purpose and people appreciating that instead of taking others for granted; something which as service droids of a sort Threepio and Artoo can definitely appreciate.

On Christmas Eve, three unwise men try their hardest to escape the town full of neighborly people whose bank they robbed. Comedy ensues as this trio of brothers — constant liar Dave (Jon Lovitz), daffy kleptomaniac Alvin (Dana Carvey), and the straight-laced Bill (Nicolas Cage) — discover the meaning of Christmas and giving. Fett could appreciate the comedy of trying to get away with your loot while trusting souls help you out.

Though Lando became a “responsible leader”, his roots as a suave scoundrel would draw him to this holiday comedy about a safe-cracking crook who, disguised as a mall Santa, finds meaning during one Christmas in his otherwise depressed, booze-soaked life of crime. Lando would appreciate the humor of Willie’s experience in reformation while prepping for his next big score.

The raucous, creepy Salacious Crumb would see Gremlins and say “this is my kind of movie!” Trouble-making long-eared imps causing mayhem and mischief; Crumb would eat this movie up!

The sickeningly sweet attempts at holiday cheer and goodwill; the sappy sentiments; the horrible storytelling with cringe-worthy moments… Forget spreading Imperial holiday greetings with darkness and terror; ol’ Palpatine would take one look at this, call it a propaganda tool sympathetic to the Rebellion, and show it to his forces so they too could feel utter revulsion at the enemy! Besides, this show is the most evil thing Palpatine could dream of unleashing…

The Star Wars characters would see these Christmas movies and become attached; Vader would keep his as a guilty pleasure. Give these movies a watch this holiday season and see if these picks ring true!

Agree with the list? Comment below! Check out this Geek News Now article on fan-favorite Star Wars game “Knights of the Old Republic” getting special releases for Nintendo Switch! Also, subscribe to Geek News Now and give it a like on its Facebook page!