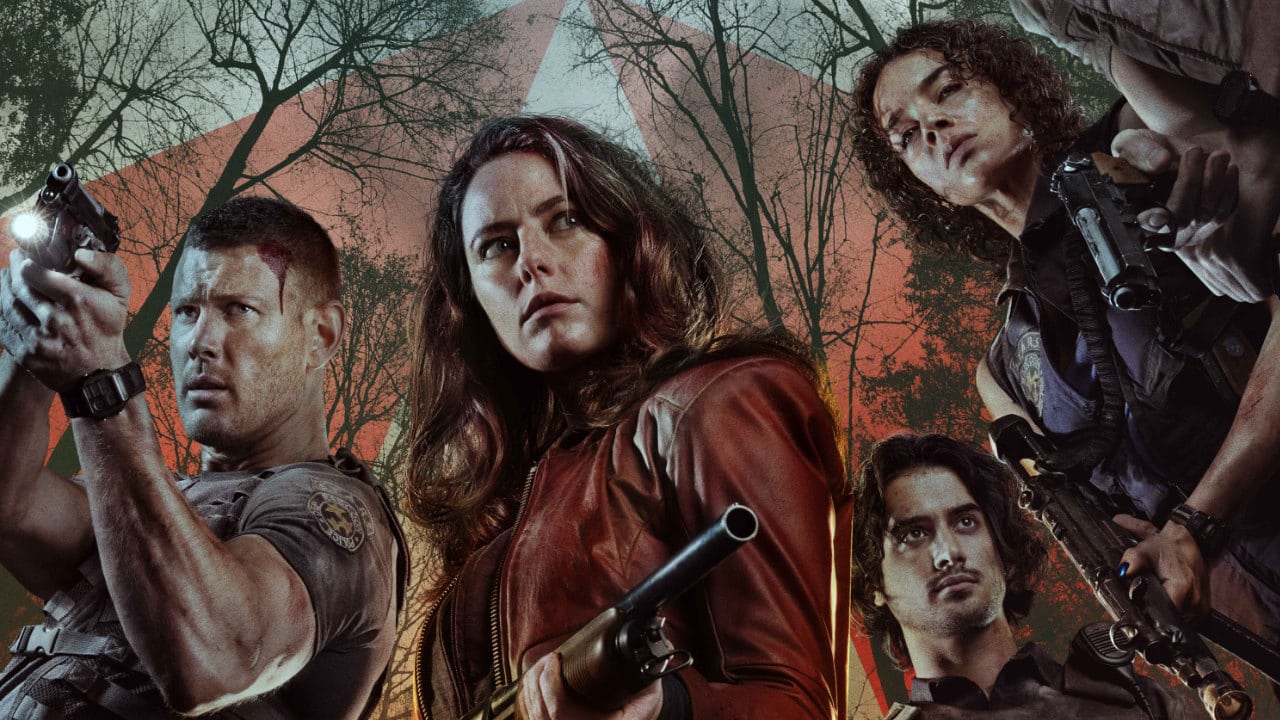 Resident Evil: Welcome To Raccoon City is a polarizing yet ambitious film, based off of the first two Resident Evil videogames by Capcom, that excels in some ways and disappoints in others. It tries to do so much with it’s run time and somehow doesn’t quite accomplish all that much by the end. Long time RE fans will find numerous things to be excited about here, but newcomers or those unfamiliar with the lore may be left scratching their heads as the credits roll. Let’s dive into our “minor-spoilers” review.

I actually enjoyed the movie, that’s why I’m going with the bad first because I want to clear the air and get the negatives out of the way. This film has a few issues with some of the creative choices made. The first is that the film does a poor job of explaining what exactly is going on. Long time veterans of the franchise can fill in the gaps with lore from the games, but others may be left a bit confused.

One such example is about halfway through the movie the Licker creature from the 2nd game is introduced without explanation. The zombies are mostly explained, but a skinless-clawed beast with a massive tongue that swings down out of nowhere might be a bit of a stretch for clueless audiences. Lisa Trevor is also a character that is introduced at the start of film who wears a woman’s face on top of her own. The fans know why she wears it from the first game, but it is never fleshed out in the film.

The “Licker” from the film. Image from Bloody Disgusting.

Now one of the other big gripes will be more apparent for fans more than for newcomers, and that’s the portrayal of one of the characters. Leon Kennedy (played by Victorious‘s Avan Jogia) is supposed to be a fresh cop on his first day of work in Racoon City when the viral outbreaks occurs. But he is treated like a joke in the film and depicted as very incompetent. He gets walked on by almost every other main character and serves as the clumsy comedic relief. When he finally has a heel turn at the end of the film in what is supposed to be a badass moment it feels unearned and is also treated comically afterward. Even some of his dialogue is pretty bad, but I don’t blame Jogia for that.

The film’s pacing is kind of all over the place. I remember checking my watch in the theater as Wesker, Chris, and Jill were arriving at the Spencer Mansion from the first game and 40 minutes had already passed of the 107 minute runtime. Some of the scenes early on run a bit longer than they need to be early on, and some of the later scenes needed to be longer than what they were. Another round of editing would have been to the film’s benefit. Lastly it is clear that a handful of scenes were purposely added to add fire and speculation for the unlikely sequel and these moments hamper the momentum of the film a bit as they have no immediate consequences.

Ok, so what actually worked? Well first and foremost Resident Evil: Welcome To Racoon City was clearly made by a team that has a lot of love and reverence for the source material. Of the seven theatrical RE films, this is by far the most faithful adaptation (although that may not be saying much) of the games. The set pieces such as the entrance hall of the Spencer Mansion and the Racoon Police Department are extremely accurate that you would think they were lifted straight from the games’ themselves! There are so many nods and references that long time fans will pick up including one in the Spencer Mansion that made me audibly cheer and clap.

The acting is a bit hit-or-miss but most of the leads were actually pretty great! Kaya Scodelario (Of Maze Runner fame) stars as the pseudo lead of the film Claire Redfield and commands our attention and makes for a convincing butt-kicking Claire. Donal Logue (Harvey Bullock in Gotham) does a terrific job as the RPD’s Chief Irons, a man who you are supposed to dislike. Notable screen veteran Neal McDonough plays antagonist Dr. Birkin, although I think he would have been much better casted in the Wesker role that went to Thomas Hopper (Billy Bones in Black Sails).

Despite the film’s low budget of $25,000,000 the CGI isn’t that bad or egregious. The special effects look decent, even the zombie dogs and Lickers look fine. The only exception being the big bad at the very end of the film, that looked really rough. Some viewers really disliked the way the film approaches the source material by having the events of the first two games taking place concurrently instead of one after the other like in the games. I actually really liked that! It cuts down on the bloat and allows us to take breaks from the different characters and “check-in” on the rest of the cast when things start to slow down.

Resident Evil: Welcome To Racoon City is a very fun film that serves as a love letter to the franchise and its fans. While some of it’s creative choices are questionable, it does the best it can with it’s limited budget. Non-fans might be a bit confused and have some hang-ups about the plot, character motivations, and awkward dialogue but the action and banter keep the atmosphere fun and fast-paced. I give Welcome To Racoon City a 6.5 / 10.

The loyalty gamers have to their favorite franchises is something that is hard to explain and even harder to predict.  Which is why the...

A facet of cinema that has never caught fire is adapting a video game into a movie franchise. We have seen popular properties such...

Today, during the “Resident Evil Showcase”, Capcom announced that Resident Evil Village will be coming to not only PS5, Xbox Series X/S, PC but...

In the early morning hours of November 2, 2020 the gaming giant Capcom discovered that they had been victims of what they have referred...