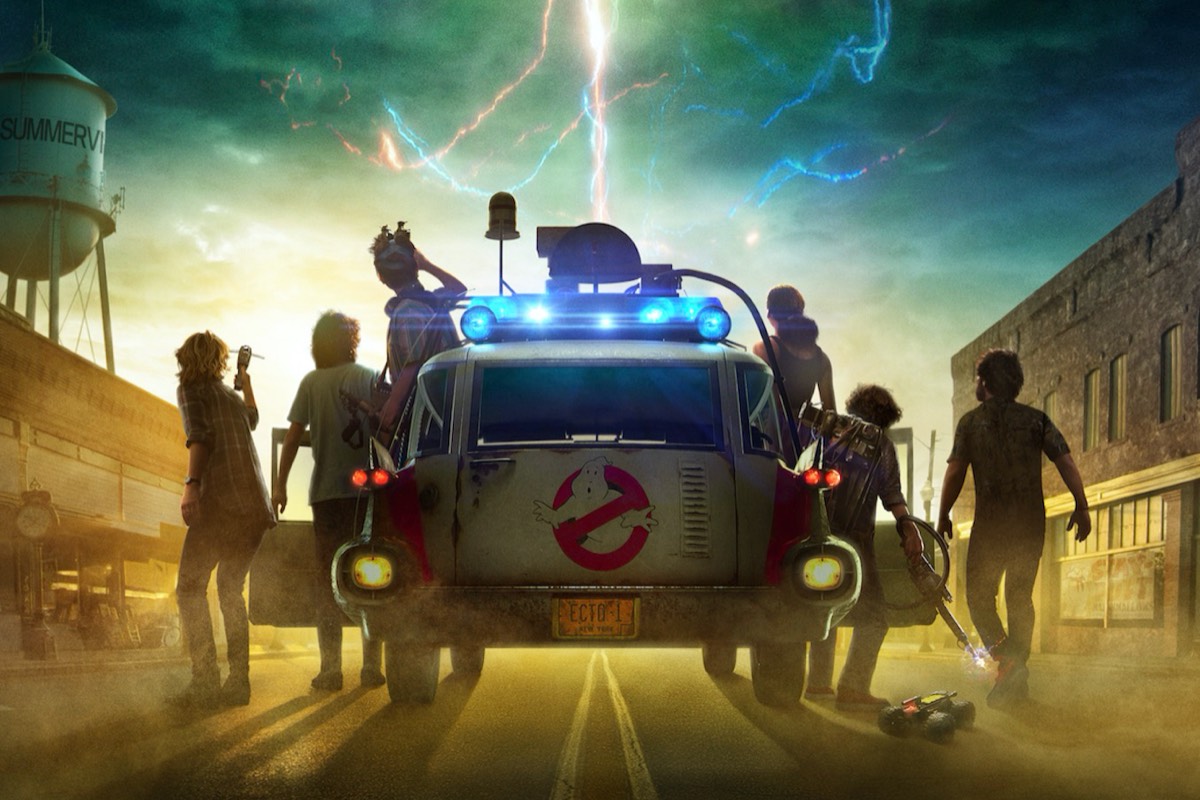 Ghostbusters: Afterlife (2021) is a solid movie worthy of being part of the Ghostbusters cinematic universe! If you’re having doubts about seeing it, allow me to put those fears to rest as I explain what worked about this film. Lite spoilers ahead!

The original Ghostbusters; something the new sequel has much to live up to! Picture credit to usatoday.com

In Ghostbusters: Afterlife, twelve year-old Phoebe (played by Mckenna Grace) moves to Summerville, Oklahoma along with her brother Trevor (Finn Wolfhard) and their mother Callie (Carrie Coon) after the death of Callie’s estranged father: Egon Spengler. Though the movie “cleverly” avoids sharing Phoebe (and her mother’s and brother’s) last name so as to keep this fact a-… surprise, I guess…

While the trio adjust to their new and seemingly boring surroundings at Egon’s dirt farm (which has more than meets the eye), strange things begin to take place stemming from the town’s long-abandoned mining site which was once owned by Ivo Shandor… The same dude who had the Gozer cult and constructed the ghost-centric high-rise from Ghostbusters.

A Gozer temple where an old enemy awaits their chance to return! Picture credit to screenrant.com

Ghostbusters: Afterlife does a good job with expanding upon what mystery surrounding Gozer and their supporter Ivo Shandor was laid out in Ghostbusters. Shandor may have made that Manhattan high-rise an epicenter of Gozer activity, but it wasn’t the only one as seen in the Gozer temple within the abandoned mine. True they don’t go into how Shandor kept himself in suspended animation, but I’m willing to suspend disbelief and trust that somewhere in his search for dark spiritual knowledge he found a way. The whole setup chilled me with wonder and mystery.

One thing I missed while watching this is the group dynamic which the original Ghostbuster quartet (Egon, Ray Stantz, Peter Venkman, and Winston Zeddemore) had. This movie doesn’t have one until near the end as the four kids (Phoebe, Trevor, a boy called “Podcast” and a teenage girl named Lucky) band together… Even then, it didn’t feel charmingly rag-tag.

The most fun I had was watching Podcast (Logan Kim)! This kid is constantly his own brand of “I live in a weird world full of eccentricity; JOIN ME!” I didn’t blink once when he knew what a “level five” ghost was, much less had knowledge of ghosts existing, because he just seemed like the type of person who would bury himself in such trivia. He’s constantly odd and blown away by his surroundings!

Then there’s the film score, it’s not much to write home about or buy if you’re a film scores enthusiast like me. The original material is… there… and not bland, but not special. Basically, it leans often on Ghostbusters composer Elmer Bernstein’s original material for calm and creepy moments alike. When the movie uses Bernstein’s material, it works.

The boys are back in town! Picture credit to YouTube (via “Ghostbusters” channel)

The big payoff is the return of the original Ghostbusters; and I mean ALL of them! It was cool enough when Peter, Ray, and Winston arrived to fight Gozer; it was totally awesome, however, when they gave Harold Ramis’ Egon a posthumous cameo to help! The band was back together and back to bustin’ ghosts… And if the post-credits scene with Winston is at all a glimpse of a sequel, we may possibly see more.

Science teacher Gary Grooberson (Paul Rudd; left) is not aware of the imminent danger of these Mini-Pufts! Picture credit to gameinformer.com

And it was amusing seeing the Mini-Pufts terrorize Paul Rudd! And each other, now I think about it…

Damon Nomad-Roth: “Mostly it was just that it felt like a Natural continuation of the story, and it felt plausible in that universe.”

Andy Spence: “Honestly I thought it was a little slow to start, but it’s great once it gets going! I’ve raised my kids on the Ghostbusters movies and both me and my daughter almost cried during the movie!”

Nicole Roth: “I loved the marriage between new and nostalgia.”

I had fun watching Ghostbusters: Afterlife and would see it again. It’s not as gripping as its predecessors, but it isn’t boring. Strange things are always afoot and we do get to some ghostbusting. We’ve waited a long time for a sequel to the first two Ghostbusters movies and this is a worthy chapter. If you haven’t seen it, do; if you have, see it again!

Podcast Mistakes You Can Avoid

Podcasting got it’s start in 2004 and has blossomed into a nearly billion dollar industry. Me? I got my start a whopping 10 years...

The NYPD confirms Rick Moranis was randomly attacked by a stranger Thursday on the Upper West Side. Police said it happened in broad daylight just before 7:30 a.m. on...